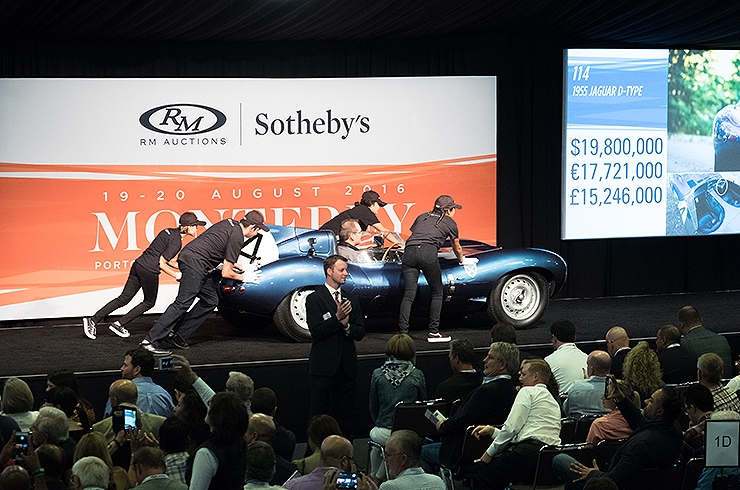 Flat indices, declining gross figures from the salerooms and fewer cars selling above top estimate. Was 2016 really so bad for collectors? Well, it depends. 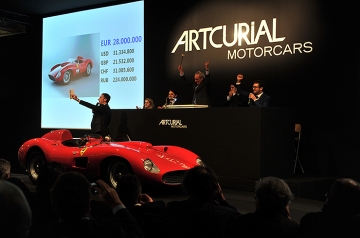 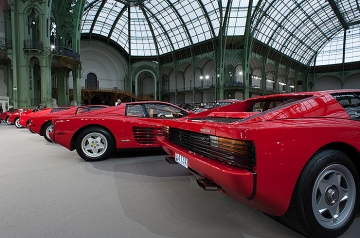 Things didn’t begin ideally in January, with a calendar clash that meant two weeks of auctions starting in Scottsdale, Arizona and finishing in Paris. With the exception of Artcurial, which sold 2016’s most valuable auction car – the ex-Bardinon 1957 Ferrari 335 S – for the equivalent of $34.9m, the results weren’t brilliant.

Lesson one: the 750 cars we watched cross the block in January-February were largely hyped-up leftovers from 2015 at toppy, 2014 estimates; unbalanced catalogues that featured too many Ferrari Testarossas (six at one Paris venue…); and chrome-bumper 911s, often of average quality. 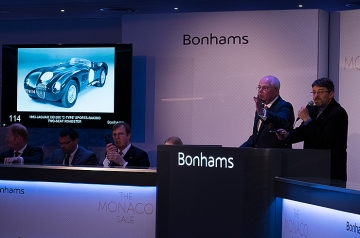 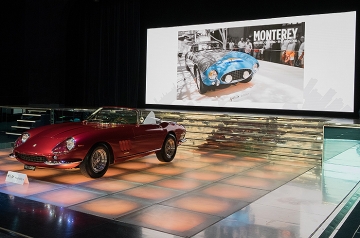 Perhaps RM's NART Spyder would have fared better in Monterey?

Top-notch collectors’ staples, such as 2.7 Carrera RSs, or 300 SL ‘Gullwings’ and Roadsters, were less visible in auction tents throughout 2016. Those that made it over the block generally lacked star quality and sold accordingly, helping to maintain the impression of a flat market. For average cars it was indeed flat, but when Bonhams returned to Monaco in May it sold a wonderfully scruffy C-type Jaguar for €7.2m ($8m+).

The following day in the Principality, Canadian titan RM held a less impressive than usual auction (both houses recorded sell-throughs in Monaco of c. 60%, by number), failing to sell the last-built (but heavily shopped) Ferrari 275 GTB/4 NART Spyder.

Lesson two: quality, rarity and, most of all, freshness to market sells. The C-type for all its convoluted ancestry had wonderful patina and had not been on the market since 1963. The Ferrari had been available privately for months. It was also in a non-original colour. Plus, more significantly, it had passed through several pairs of hands, most recently in late 2015 – which never makes an auction house’s job easy. 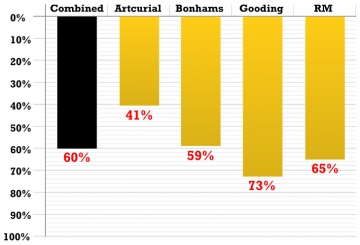 Below low-estimate sales a trend that continued in 2016... [Graph shows % of cars sold below low estimate] 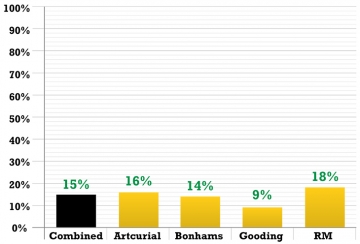 The circus moved on to Monterey in August, where the sell-through roared back to 88%, though around two-thirds of the cars went at, or below, bottom estimate. North America, as always, is a more pragmatic market with deals to be done, cars to be bought and sold. Monterey week saw the debut of the first LaFerraris to come to auction (they did well). RM offered the very first production Shelby Cobra and certainly the world’s best Jaguar D-type: the sole unspoilt Le Mans winner.

Lesson three: expect the unexpected. 1) The eventual selling price of the ‘no.1’ Cobra took everyone by surprise. It was the only headlining lot that surpassed its estimate, and one that many pundits didn’t rate as having a chance. 2) Bonhams’ and Gooding’s Lancia Aurelia B24 Spider Americas weren’t as good as the former’s then-record-breaking 2015 car, yet still sold strongly in a more selective market.

Lesson four: the power of No Reserve. Bonhams packed its Quail Lodge catalogue with entries that would find buyers whatever, and came away from Monterey week with the best sell-through rate and the fewest lots sold below low estimate. 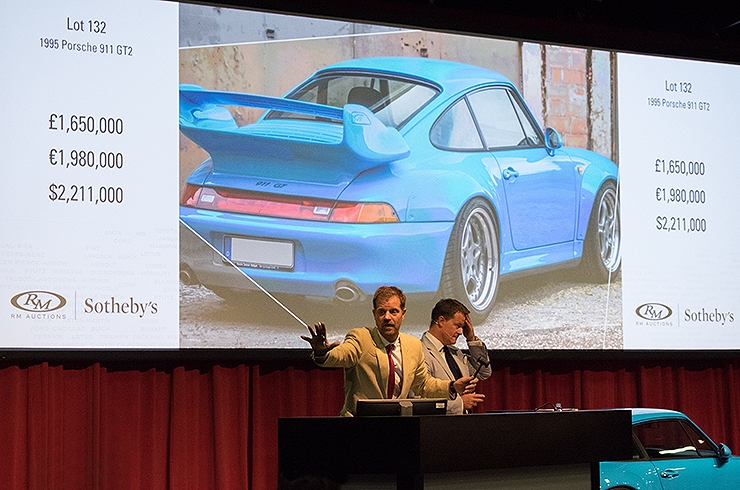 A defining moment of 2016. RM sells the 'youngtimer' Porsche GT2 in London. RM Europe's new MD Peter Wallman can't quite believe it. Two GT2s will be offered at Scottsdale in January 2017

Finally, in November it was a heady cocktail of lessons three and four when the transporters rolled into Milan bearing more than 400 of disgraced businessman Luigi Compiano’s cars. You will have read all the column inches on RM’s blockbuster sale, over 90% of the motor cars beating top estimate. A week later, matters returned to normal for Bonhams in London, underlining the true ‘once in a lifetime’ nature of RM’s three-day marathon, more of an ‘I was there’ event than an auction.

And all the while a strong US currency kept cars heading Stateside, particularly post-Brexit, when the resulting fall in sterling created a surge of overseas buying and largely removed UK bidders from the international market. Another point to note when reflecting on the past year is the generational shift in buyers. Nothing better demonstrated this than at RM’s London sale, when the 1995 Porsche GT2 sold for £1.85m to a younger collector. Immediately after the sale he told Simon that “…older cars don’t do it for me. These do…” Overall, the average age of cars offered crept up from 1960 to 1961 – in 2013 it was 1957. 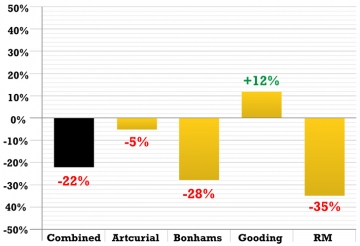 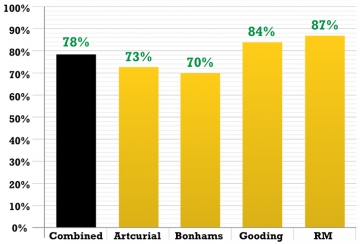 Sell-through by number, though, remained healthy. This time, it's RM that comes out on top [Graph shows % of cars sold by number]

With so little return for cash in the bank, the man in the street joined the action, too; witness the 13% rise of Affordable Classics, sub-$100k cars such as Healeys, Alfa Romeos, Lancias and more recent performance saloons. The ‘Happy Days’ era for classic 1950s Americana is probably over.

But while headline prices remain static and the salerooms mostly sensible, for specialist dealers the world over business goes on, albeit in a more measured way. In 2016, Kidston SA handled the sale of the most expensive classic car sold anywhere this year, if not of all time, and Simon sums up the mood at the close of 2016:

"Given the upheaval in almost every other sphere in 2016 – economic, political and even cultural (you’re no doubt concerned about who will host The Apprentice Stateside now) – it's remarkable that the classic car market has remained so resilient.

“Yes, the pace of deal-making is noticeably down, and record headline figures don't convey that the underlying mood has been much more reflective and cautious among buyers and sellers over the past two years. But until there are better, more mobile and tax-efficient places to park earnings, the market is likely to remain active and capable of reaching new peaks when the best quality, fresh discoveries emerge from hiding."

Note: Figures based on international-level sales on a like-for-like basis, 2015-2016.  Artcurial, Bonhams, Gooding and RM Sotheby’s only. Due to the unique nature of RM’s ‘No Reserve’ Milan sale, these results have not been included. 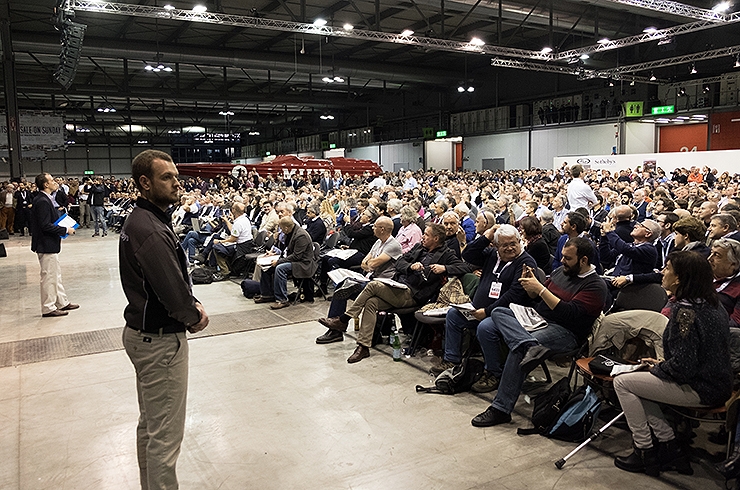 The collectors' world was turned on its head in Milan this November. However, as Simon has said, it was more an 'I was there' event than an accurate representation of today's market