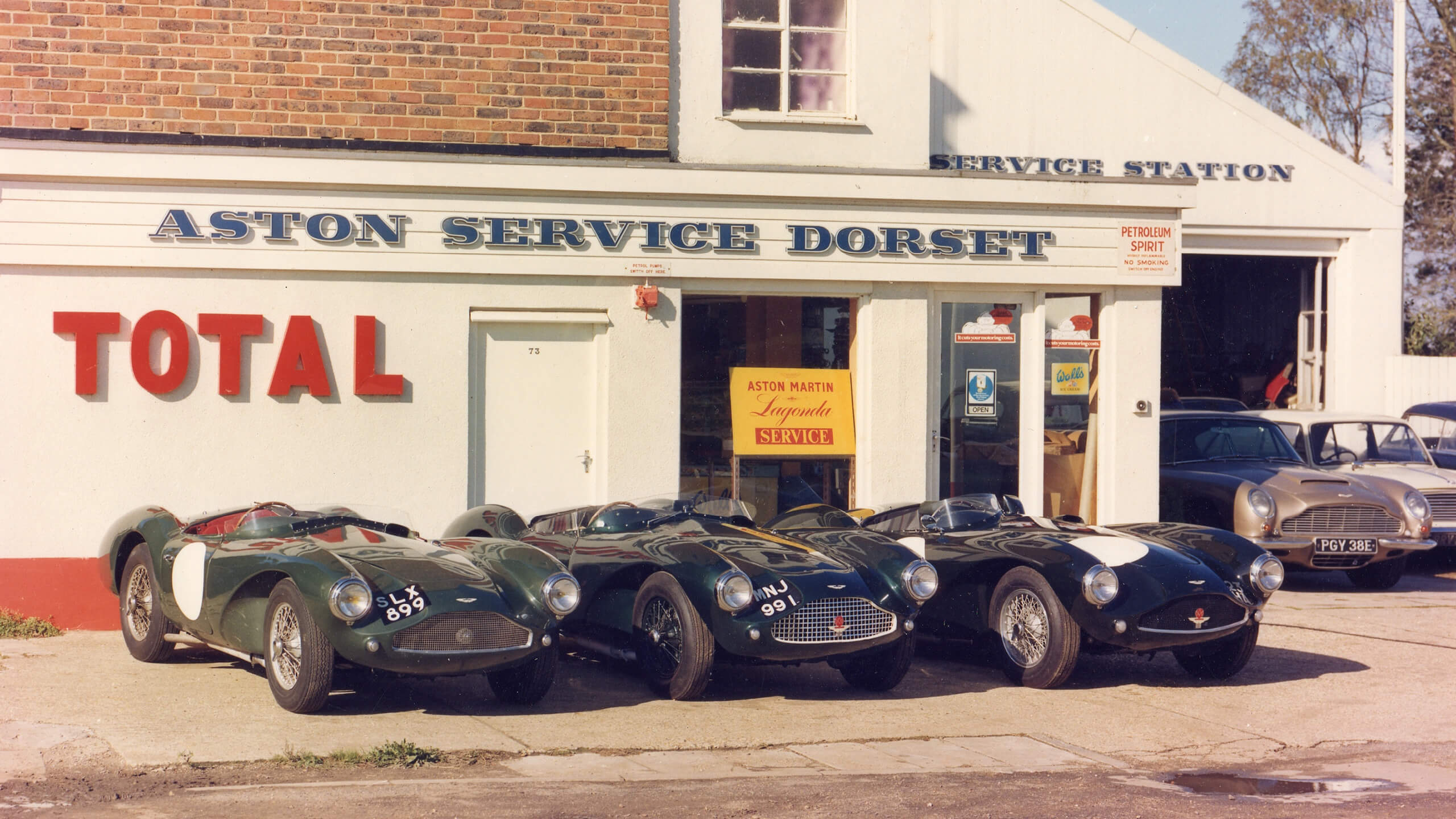 “I don’t like saying no to people. I feel we’ve got a responsibility – with having the manufacturing rights and the drawings – to produce these parts. It’s too easy just to say, ‘No, we haven’t got it’. We might have it downstairs, and if we haven’t, we’ve got the drawing and can make it.”

Aston Service Dorset holds a unique place in Aston Martin history, with roots stretching back before the Second World War. For three generations, it has been run by the Forshaw family – firstly Ivan, then his sons Richard and Roger, and now Roger’s son Antony. 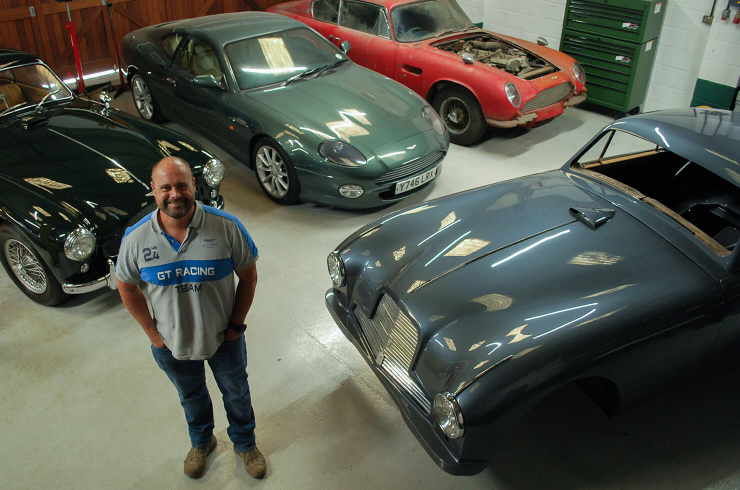 “My grandfather (pictured, below) started the business in 1934 doing Lagonda parts,” explains Antony. “He was one of the founder members of the Lagonda Club, as well as being their spares registrar and stockist.

“Then he had six years where he went off to the Second World War – North Africa, Italy and Austria – and was invalided out in 1945. He started back up, doing this again in 1946. When David Brown bought Aston Martin and Lagonda, Grandad thought it was a good idea if they had an Aston Martin section to mirror that.

“Richard joined in 1961, straight from school. He then developed the service and workshop side of it. That kept going all the way through until about two years after he died in 1997.

“Dad officially joined full-time in about 1982-83. He was an accountant and, from 1959, he did the accounts here by working in the evenings and at weekends. Richard was the engineering side of things, Dad was the financial side.” 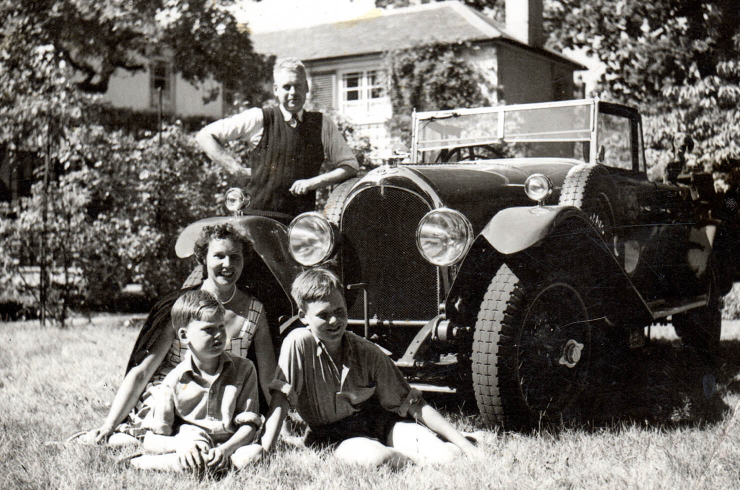 What makes the company unique is the fact that, during the 1970s, it acquired the rights to certain David Brown models.

“1972 and 1978 are the two dates when we bought the manufacturing rights. The first lot was the Feltham-era cars, so up to the DB4. Then in 1978 we bought DB4 and Rapide, including the GT and Zagato. It was done in two tranches. The first lot was something like 80 tonnes of parts, all in boxes. We had to unpack it and return the boxes, otherwise they were going to charge us for them.”

And it wasn’t only those rights plus the spares stock that the company acquired. It also secured the original build sheets for all the post-War Aston Martins and Lagondas up to and including the DB4, as well as a treasure trove of other documentation and literature.

“There’s an individual build sheet for each car, which gives you the original owner, address, chassis number, registration plate, engine number, gearbox number, colour, any extras it had that were non-standard, and all the service information on the back – either when the car was done at a main dealer or at Aston Martin.

“Then there’s all the build books – literally every part that was used to make up the car and its raw dimensions. And from that you get the drawing number and the drawing size.

“Then you’ve got the assembly drawings that have loads of little numbers that correspond to component drawings. It’s a massive spider’s web of information. The whole business is based on what's in that library.” 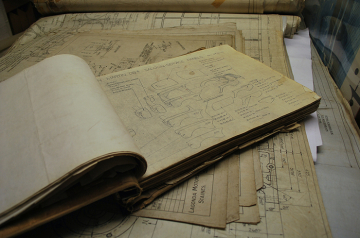 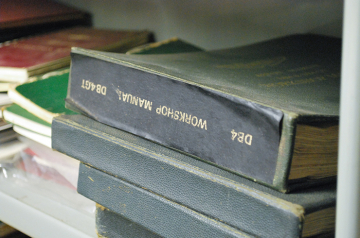 Over the years, the Forshaws also had a keen eye for buying significant cars: “At one time, when Richard was alive, we had 19 Astons and about 14 Lagondas. We had VMF 63, a DB2 drophead, two DB2/4 MkIIIs, five DB3Ss…

“We had a DB4 GT that Dad only sold last year, and we had a DB4 GT Zagato. We had that for about 20 years, but it got sold when Richard died.

“Dad, with hindsight, said that he should have sold off more of the other cars and kept the Zagato and the GT. But Richard died in 1997 and it sold in 1999 for just over £700,000. That enabled Dad to buy out Richard’s side of the family from both the business and ownership of the rest of the cars. It provided a source of funds at the time – it served a purpose.”

Roger sadly passed away in June 2019 but Antony is full of enthusiasm for the future. The nine-strong team includes Simon Spencely, who joined in 1985 on a YTS scheme and is now the Parts Manager.

“We’re primarily trying to concentrate on the Feltham cars because we’ve got all the parts for them. And if we haven’t got a part we can make it.” 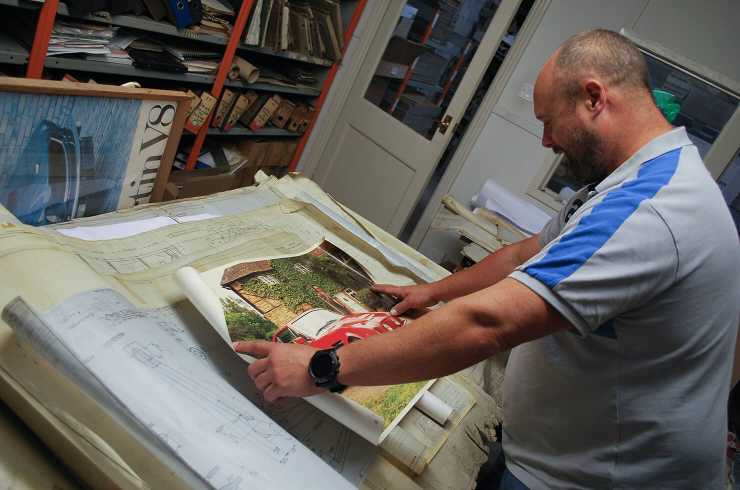 And has there been an increased demand for upgraded parts over the years?

“Other companies do upgrades, so we tend to build everything to the original drawings. We do uprated anti-roll bars for Feltham cars, but that’s only a minor thing because it’s just a thicker steel bar. We stock 4.2 pistons and liners and rods, but we’ve also spent the money on recreating 3.7 and 4-litre pistons.” 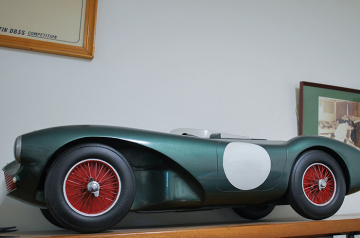 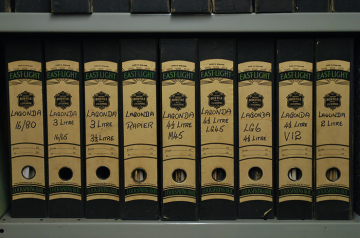 Thanks to Antony, the workshop is also back up and running so that the company can take on servicing and restoration work for everything from DB2 to DB7 and beyond.

“When Richard was doing it, the workshop was the main part of the business. I reopened it about six years ago because I hated turning away work when I knew we were perfectly capable of doing it. Also, it adds a bit of life to the premises. It’s nice now because an engine will start up and it’s so cool to go out there and see it burbling away for the first time.

“The parts side will always continue to develop. The workshop is relatively new – it’s only been up and running again for five or six years, but it has all our previous knowledge behind it as well. I’m planning to extend the workshop by 50% next year, space-wise, and I’m going to put a proper mezzanine in so that we can have a parts store above.” 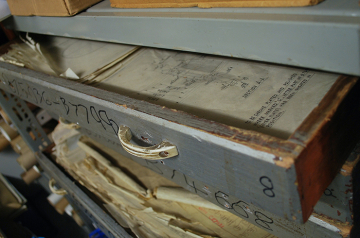 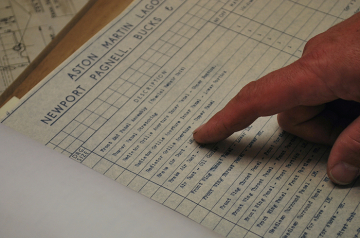 Walk around the premises and it seems that everything you come across is of historical significance, from those technical drawings to a genuine DB3S wind-tunnel model. The walls are even adorned with propellers from World War One aircraft.