RSW MD Neil Thompson greets me at the company’s well-known Cobham premises in confident mood. “How’s business? I’d say very good. We’ve just sold a body-off, best-of-the best, totally restored DB5 for £965,000, and the one in the showroom for which we are asking £850,000 will soon find a new owner.”

There have always been Aston Martins and ‘Richard Williams Aston Martins’. The name – and the famous rectangular Union Jack rear-window stickers – has been synonymous with Astons ever since Richard himself, now retired, first set up as a marque specialist in 1968 underneath a railway arch in Coldharbour Lane, South London. Before that, having completed an apprenticeship at Aston Martin, Williams worked for the eccentric genius Peter Sellers, looking after the comedy actor’s collection of Aston Martins, Ferraris and other exotica.

After Coldharbour Lane the company moved to two, larger arches at nearby Padfield Road and it was there throughout the 1980s, during the first classic car boom, that the general sales and restoration business really took off. 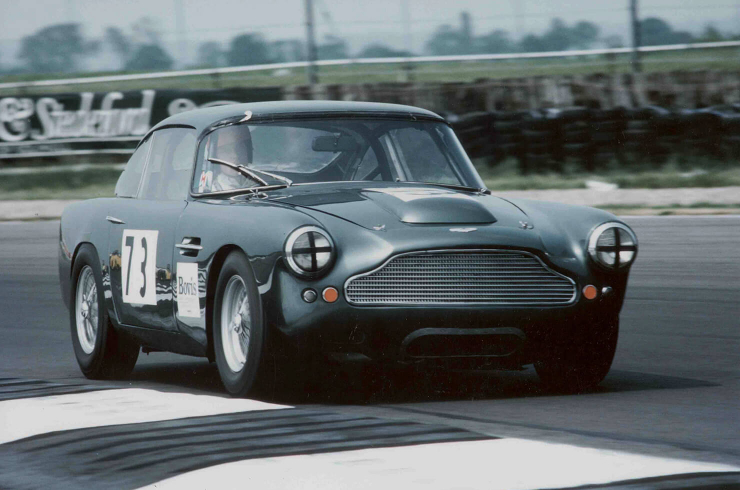 In that most unlikely location, the company’s Christmas party was a highlight of the London classic car scene. There, Greek shipping billionaires rubbed shoulders with music industry moguls, the landed gentry and heavy-hitting financiers. I remember one event where the artfully lit and decked workshops displayed Astons in various stages of repair, as well as the racing cars for which RS Williams is famous: Viscount Downe’s DBR1 and Project 212, the lightweight DB4s (pictured, above, Tony Dron at the wheel) and at least one DB4GT Zagato, perhaps Richard’s own car. A red (it was the 1980s…) DB6 Volante was in the process of total restoration. Seemingly immaculate on one side, cutting away bodywork from the other revealed a litany of rust, filler and shoddy repairs.

“Silly, really,” remarked Williams, impassively, “the owner has just paid a fortune for this and we are doing it all again. Properly.” 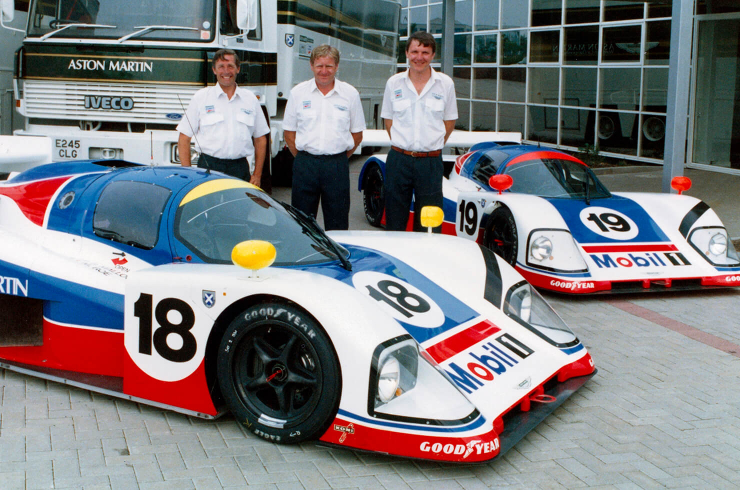 Neil Thompson, who’d joined the company in 1977 as 17-year-old trainee mechanic, recalls those days. “It was an exciting time. The opportunity to experience and drive all those incredible cars was quite extraordinary. And I remember helping run Lord Downe’s historic racing team when we had Michael Salmon in the DBR1 and Project Car. The battles with Craig Dent’s Zagato, Roger Hart’s similar car, John Goaté’s DB4 GT and, in particular, John Harper in the Ferrari 250 GT SWB ‘Breadvan’ were legendary.” Racing, whether it was in Club events, or at Le Mans where RS Williams ran Downe’s privateer Nimrod Aston Martins, was a core part of the company’s business. Later, Richard (pictured, centre, above) managed the works Aston Martin AMR1 Group C car with many staff members joining him from Brixton. The premises there were closed down, but the core business kept ticking over.

With the demise of the AMR1 project at the end of 1989, it was a return to restoration and car sales at a new venue in Cobham, close to where the Williams family lives. The company worked with Aston Martin to bring out the Sanction II DB4 GT Zagatos. It took over Swaymar Engineering in the 1990s, which resulted in more machining and engineering capacity, enabling it to take on consultancy and prototype work. The 7.0-litre engine conversion for AML Ltd of the classic Tadek Marek Aston V8 is a good example. Today, on-site machining and an engine dyno means any job can be tackled in-house. 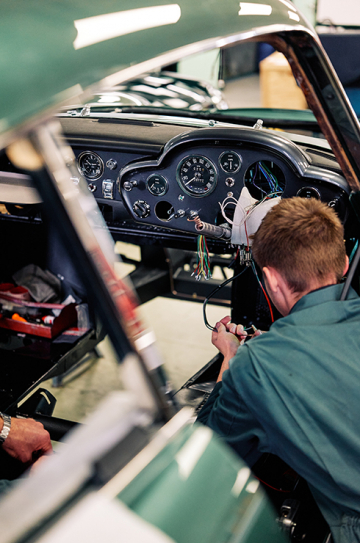 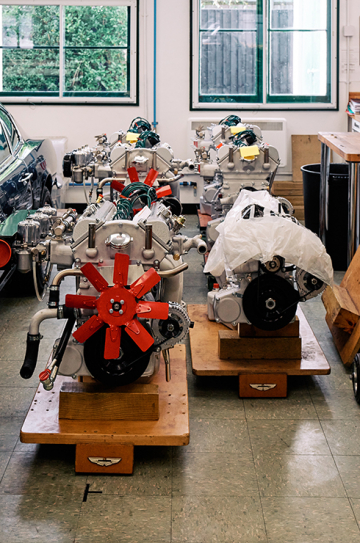 “We never throw anything away. DB six-cylinder blocks can always be recovered and repaired now, and the welding, strengthening and machining techniques we have developed mean that cars can have very powerful and reliable, up to 4.7-litre engines with their original blocks. That did not happen 30 years ago,” says Thompson.

The way restoration projects are tackled has changed, too. “It’s all about originality today. If anything is improved, we would only do that if the process can be reversed. The fashion for air-conditioning 10-15 years ago for example: we are taking this out now. Modern materials such as sound deadening or heat insulation can be subtly introduced to make a car easier to live with, yet be virtually invisible. We can source, or make here, any part, and we do everything we can do to preserve a car’s matching numbers,” he continues. 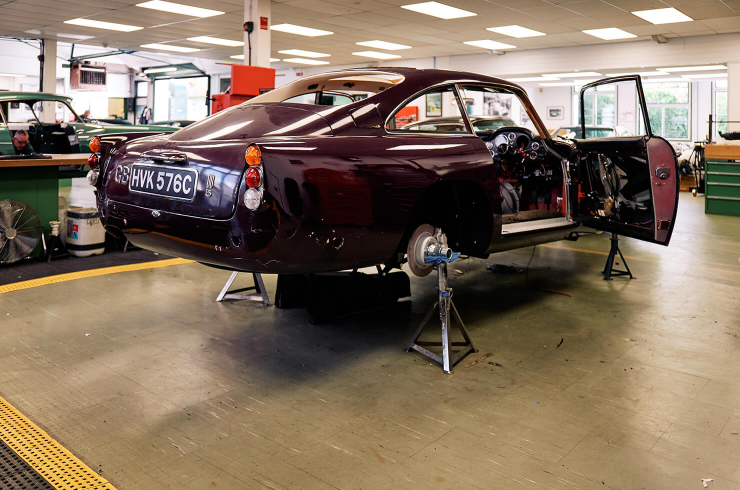 That total attention to detail and ability to obtain top dollar for cars with a 12-month guarantee has its price.

“For a complete restoration of a DB4/5/6 saloon we would charge £350,000 plus VAT. It’s not so much for a V8, partly as they don’t have same issues as the earlier cars, and also because the ultimate value of the car does not justify that sort of expenditure. We work with clients and can handle any request.” When I was there the technicians were working on a Roman Purple DB5 (pictured, above) that was having its original paintwork preserved but everything else restored. 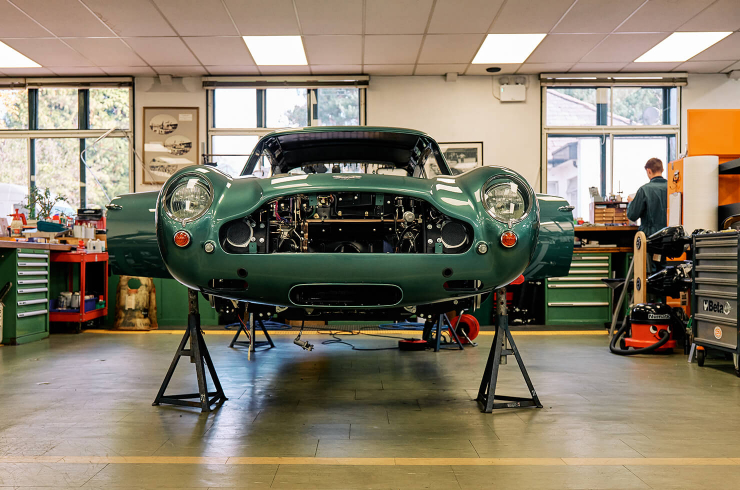 “Our clients come from all over the world. They are a combination of general collectors and enthusiasts of the marque. We’ve been very busy since March as we’ve found people have more time now to think about purchases, sales and restorations. It’s true that RSW has always led the field on pricing, but we believe our cars are worth it; we stand by them with a guarantee and would never handle anything we would not put our name on. We can sell them unseen.

“Richard is now enjoying a well-earned retirement, but the company is still family owned and Jacqueline [Menzies, née Williams, one of Richard and Carol’s daughters] and I run it the way it’s always been run. Some staff left when we closed down Brixton, but many are still with us and you met Brett again when I gave you the tour. He’s an old hand you will remember from racing the lightweight DB4s in the 1980s and ’90s.” 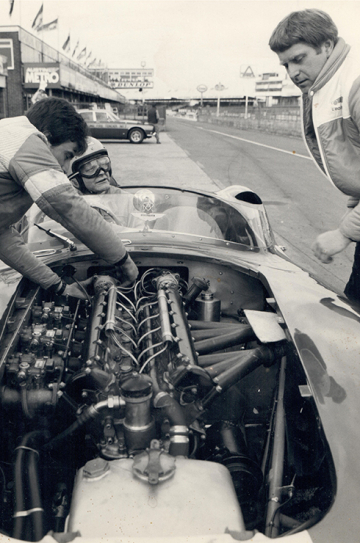 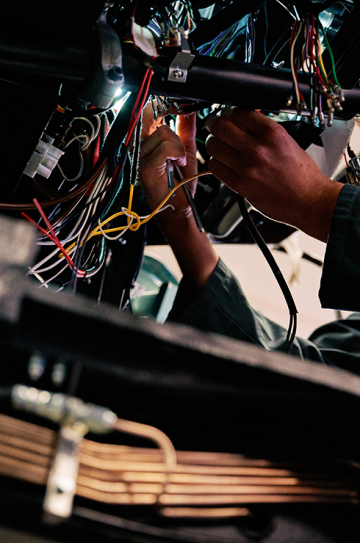 Finally, time to choose one of the amazing Astons Neil Thompson has experienced over the years at RSW.

“Driving the road-legal racing cars around London was unforgettable, but it would have to be a good DB4 GT, or in a perfect world the ex-Jim Clark Zagato, 2 VEV, an incredible car that deserves a proper restoration today. They know where we are.” 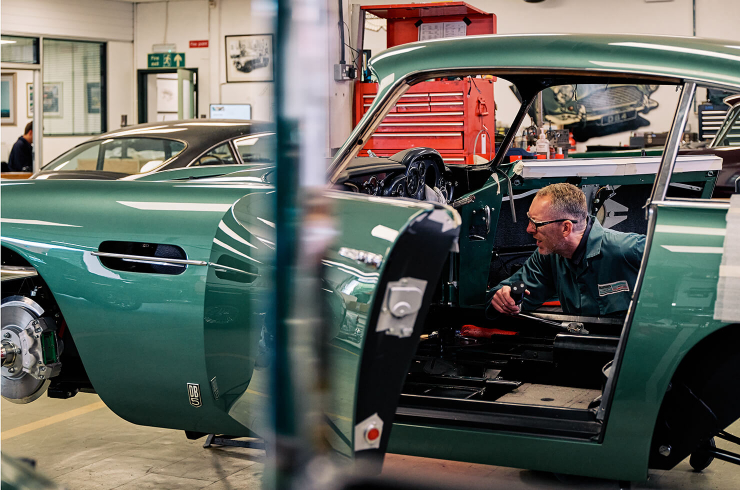