Simon remembers selling a 250 LM at the very first Bonhams all-Ferrari event at the Palace Hotel 24 years ago for CHF 2.4m. This year a 1991 F40 road car topped the auction, achieving CHF 1.96m with premium.

Back in 1998, an F40 LM bought new by the creator of Asterix, Albert Uderzo, went for CHF 619,500. In 2022, Bonhams’ road car sold mid-estimate, and was Swiss taxes paid, but lacked all the paperwork (and mandatory catalysts) to remain in the country. Working with on-the-day exchange rates, that’s $2m.

Once again a blizzard of symbols in the catalogue signified this was another Bonhams sale with a high percentage (over a third) of Middle East-sourced cars. So, in addition to the usual maze of Swiss-specific rules and taxes, bidders had to negotiate cars coming from outside the EU with minimal paperwork. 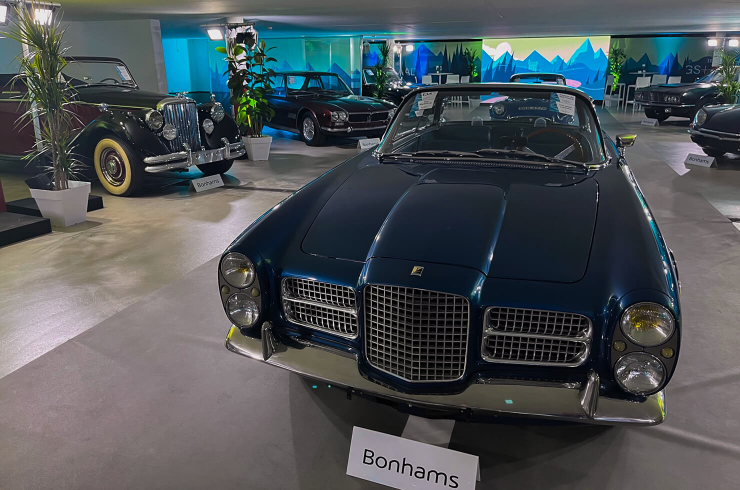 The good news for buyers was that all these cars were No Reserve and bargains were there to be had, even if the underground car park of the exclusive Gstaad Palace had a bargain basement feel to it.

The pair of Monteverdis attracted much interest. The giant four-door sold for CHF 112,125 gross; the two-door coupé an estimate-busting CHF 230,000.

Next year Bonhams will return to Bonmont near Geneva, the company’s Swiss sales alternating between the two venues from then onwards.