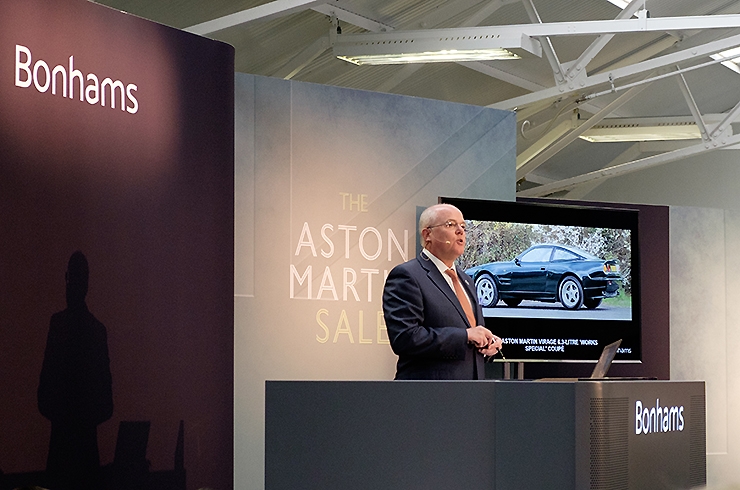 Aston Martin Works had an almost cathedral-like look to it today, the 18th annual all-Aston auction to be held at the spiritual home of the marque. The congregation in the saleroom might well have been true believers, but it took all of auctioneer James Knight’s powers of persuasion to sell them 60% of the motor car catalogue – up from 52% in 2016.

What you need to know: 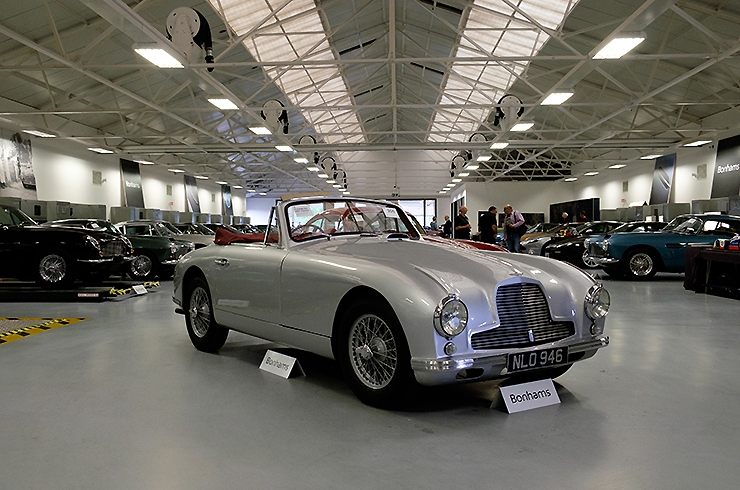 A place of worship and well-bought DB2 Drophead Coupé, sold for £180.7k with premium

You couldn’t fault the presentation: a new rostrum set-up for Bonhams’ British sales made its debut at Newport Pagnell today and it gave the occasion a sharp new look, aided by moving the saleroom to a separate area (the paint shop) at the rear of Aston Martin Works. The sale was a standalone event, so while in previous years attendance figures were greatly boosted by the AMOC’s International Concours, this time it was a classic car auction pure and simple.

And speaking of concours, no matter how skilfully the entries are photographed for the catalogue, it should be remembered that these events are auctions, not concours. The quality of the cars presented was ‘varied’, at best. And quite a number had been marketed on and off the radar for a while, the saleroom being the port of last resort. In the more pragmatic and hard-headed world of North American auctions, this would mean ‘No Reserve’, but there was only one car that was going to sell come-what-may today. The vendors won’t wear it at this sale, apparently. 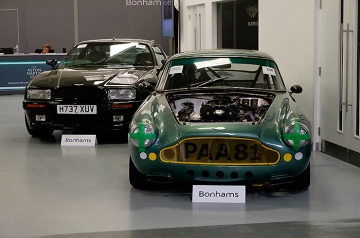 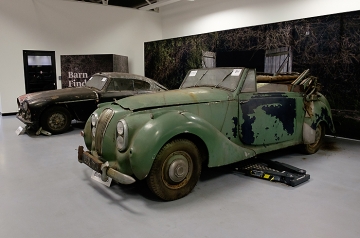 There was a slightly nervous air to a thinly attended preview on Friday, though by Saturday lunchtime there was a healthy audience including many from Europe, trade and private, clearly there to buy.

Of the three DB6 Volantes, the silver/black Mk2 was the pick of the bunch: non-original manual gearbox, but with a well-patinated, original interior. It was catalogued as “requiring recommissioning”. Buyers nowadays know what this might entail, and in today’s less headstrong market are likely to think twice, when “What will my car be worth in two years’ time?” preys on their minds. The other two cars were nothing really special. 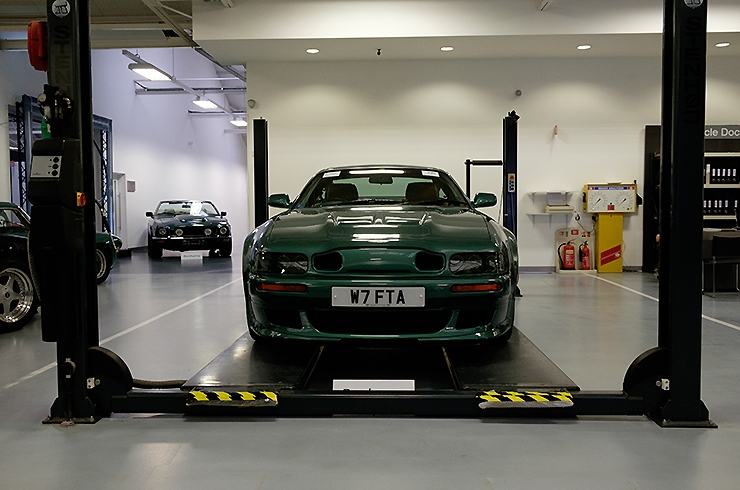 The DB5 was too expensive for a dealer to restore and trade on so, at £561.5k gross, honours were probably split between vendor and buyer. DB2s still remain in ‘bargain Aston’ territory, the DB Mk III saloon leading the way at mid-estimate £212,060 all-up, while the DB2 Drophead Coupé (an honest car, 30 years in single ownership) that sold for £180,700 was probably the buy of the day. The vendor of the DB4 racing car was the luckiest: it sold for £236,700 gross. 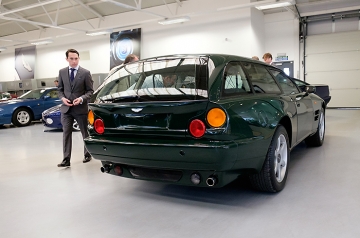 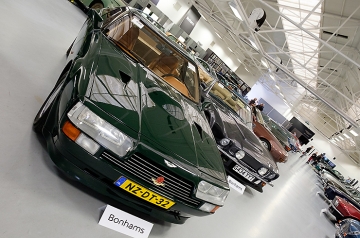 V8 Vantage Zagato did not sell on the day

We had thought the estimates pre-sale, if not bargain basement, were on the money; after the event we’re not so sure. The mainstream Aston market has weathered recent market corrections; perhaps this was the day when they hit home, exacerbated by a lack of truly exceptionable entries, and with just one entry at No Reserve.

And there was no halo car of the standing of a DB4 GT or DB3S, big-bucks, blue-chip models that still catch the serious collectors’ attention, a sector of the market that remains demanding, yet firm. Over to RM for its Villa Erba auction on 27 May – see you there. 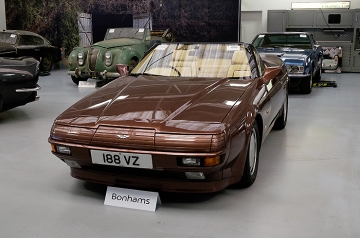 We found this strangely attractive... so, at £281.5k all-in, did the successful buyer 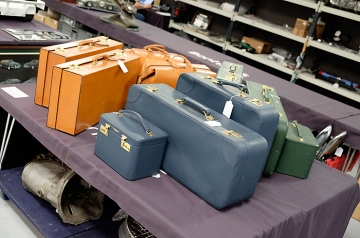 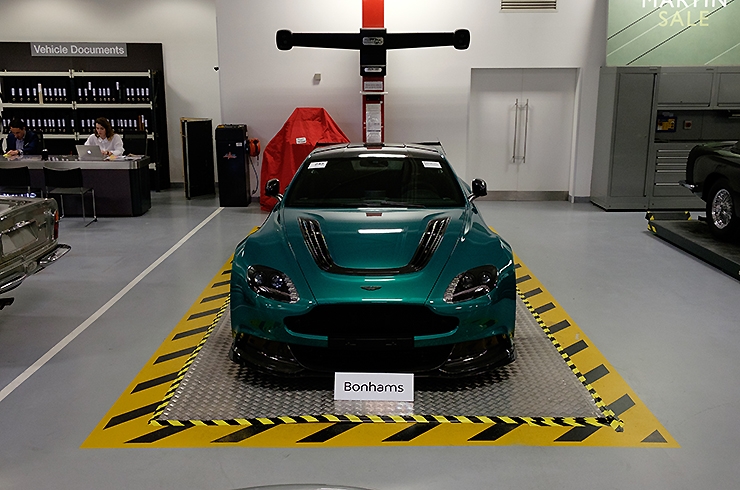 Tailpiece: the non-selling Vantage GT12 lives to fight another day