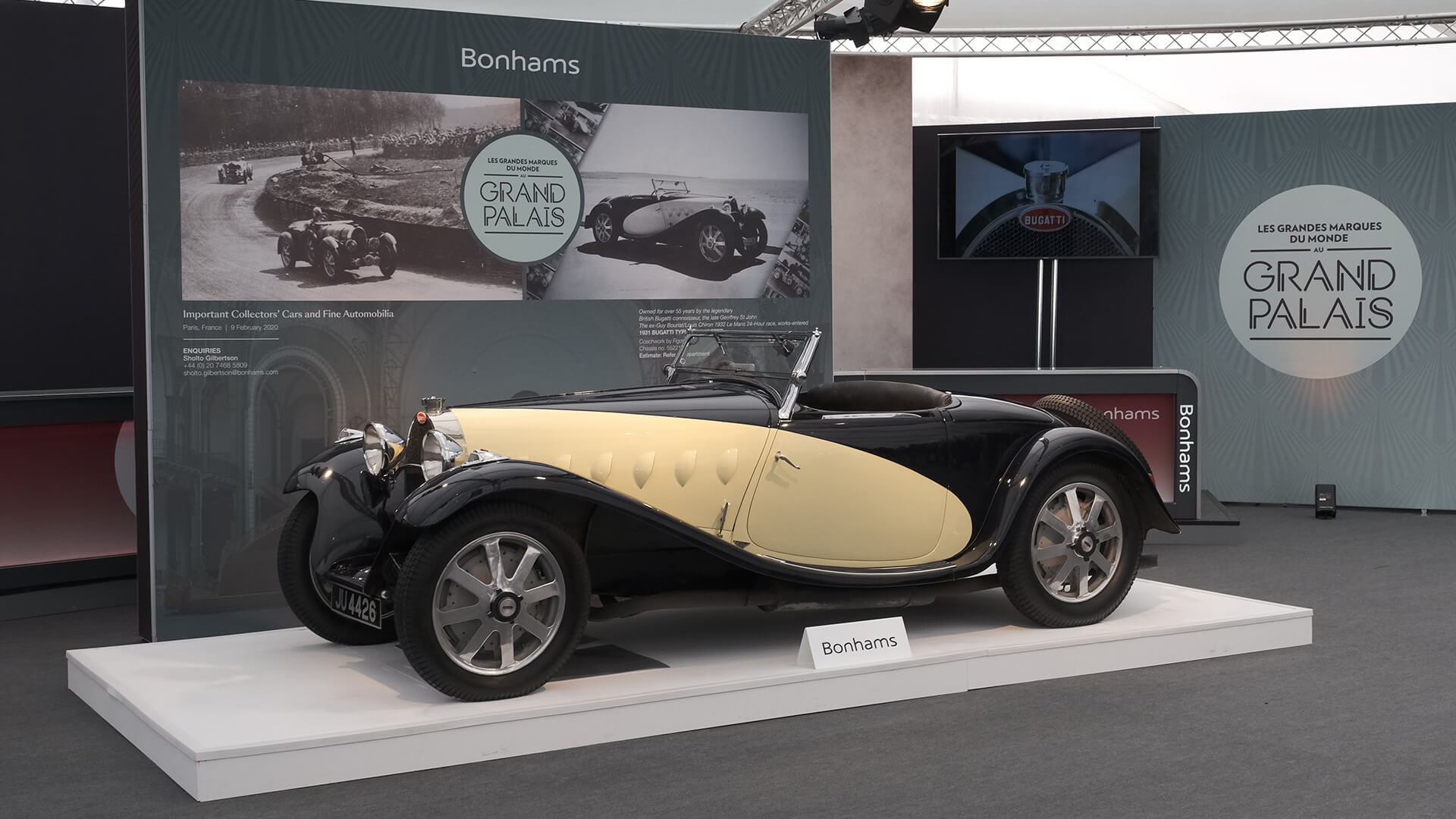 Next February, Bonhams will headline its Paris sale with the famous ex-Geoffrey St John, Figoni-bodied 1932 Bugatti Type 55. In other news this morning, ‘by mutual agreement’ the Donald Campbell DB4 GT has been pulled from the Goodwood catalogue as it has found a new owner pre-sale.

The potent Bugatti ran in the 1932 Le Mans 24 Hours fitted with temporary four-seater bodywork to meet the rules of the day. After Le Mans, the car was sold by first owner Count Bouriat to wealthy French magazine publisher Jacques Dupuy, who commissioned a rakish two-seater by Giuseppe Figoni of Boulogne-sur-Seine. Having lived in France for its early life, the car was bought by discerning British Bugatti connoisseur Geoffrey St John in 1963. It will be offered from his estate at next year’s Grand Palais auction, at an estimate so far ‘On Request’. 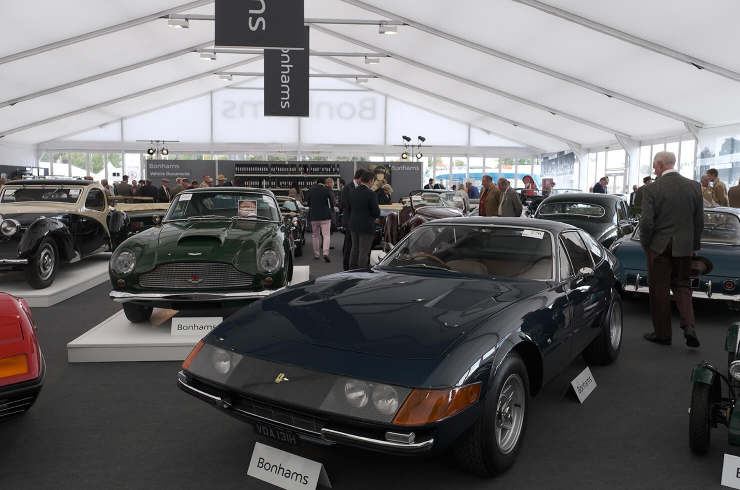 The removal of the headlining Aston Martin DB4 GT – now simply listed online as ‘sold’ – will make a £2.2m to £2.8m dent in Bonhams’ published gross. It also halves last year’s mid-estimate average from £298k to £141.7k. Plus, the event now lacks a real headliner, although the elegant 1935 Bugatti Type 57 Atalante Faux Cabriolet (est. £1m to £1.5m) might spring a surprise.

It’s not as if the catalogue is short of Astons: ten other cars are listed, including several from the estate of the late Peter Phillips.

These have already been offered to the trade in recent weeks but it probably makes more sense to dispose of them – and the other cars – at a top-tier auction. Two stand out, with the fate of the 1969 DB6 Mark 2 Volante (upgraded to Vantage, at £650k to £750k) likely to be a real bellwether of today’s topsy-turvy marque values. Only a few years ago this would easily have been a £1m+ car.

The other is the 1990 V8 Volante, an understated Balmoral Green Aston in nearly-but-not-quite ‘Prince of Wales’ spec for £100k to £150k. Expect that one to sell, and possibly by some margin.

Expect a full report on this sale – and a flavour of the action at this year’s Revival – to come from the K500 team over the weekend.