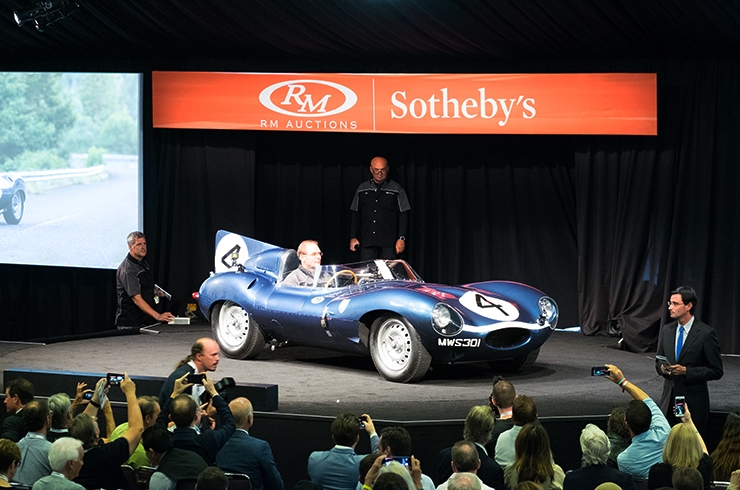 It was all change for RM at the Portola Hotel & Spa. Building work necessitated the erection of a large auction tent in the car park, and a new man was at the rostrum. With two big-hitting lots not even 20 lots into the catalogue, there was an awful lot at stake.

Auctioneer Bill Ruprecht, a former CEO of Sotheby’s, was a safe pair of hands, his Southern Gentleman tones commanding the odd-shaped room well, despite a slightly flat atmosphere for the ‘non celebrity’ entries. 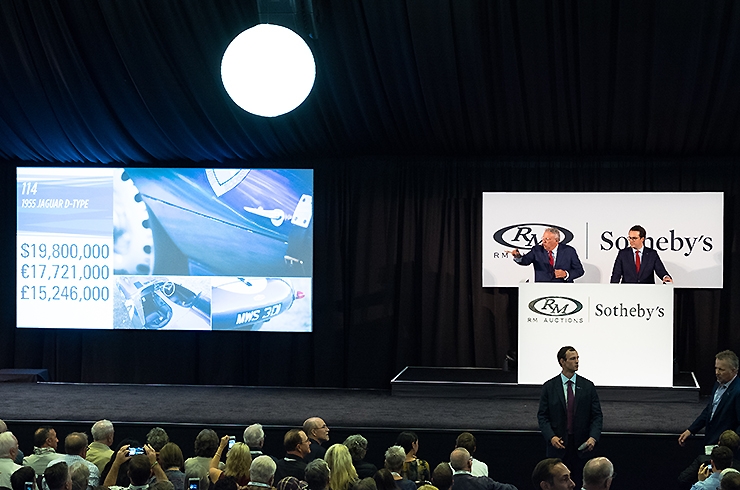 Simon commented afterwards that whatever the eventual price turned out to be, it will forever be for the best D-type in the world by a country mile, and always valued accordingly.

The new, West Coast US owner will enjoy his purchase. 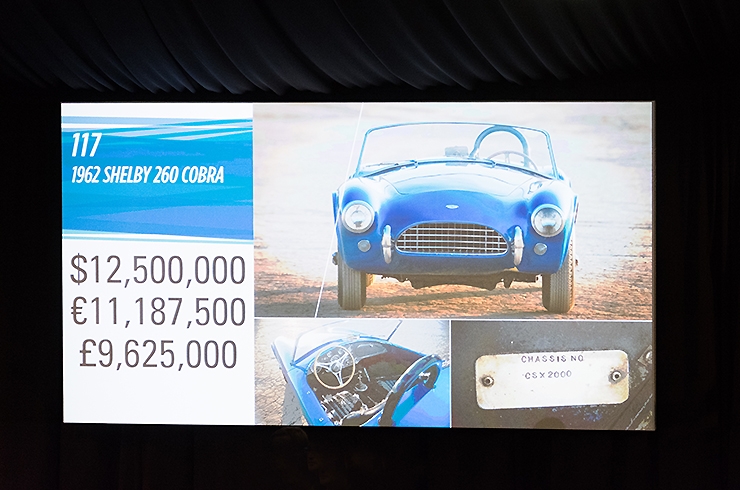 Only three lots later another piece of automotive history entered, stage left: the very first Shelby Cobra, ‘CSX 2000’. Sporting quite the worst paint finish we’ve ever seen, with an interior to match, it nevertheless roared through most people’s sweepstake entries selling for $12.5m hammer, $13.75m gross – presumably to a patriotic billionaire. 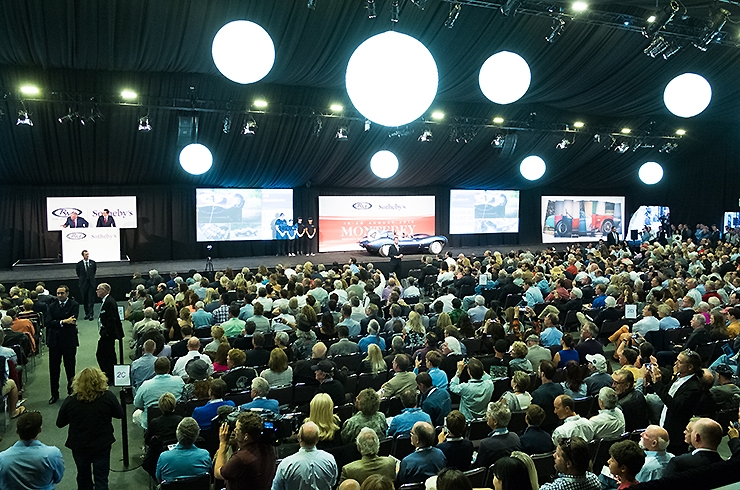