Day one for Gooding at Pebble Beach 2019 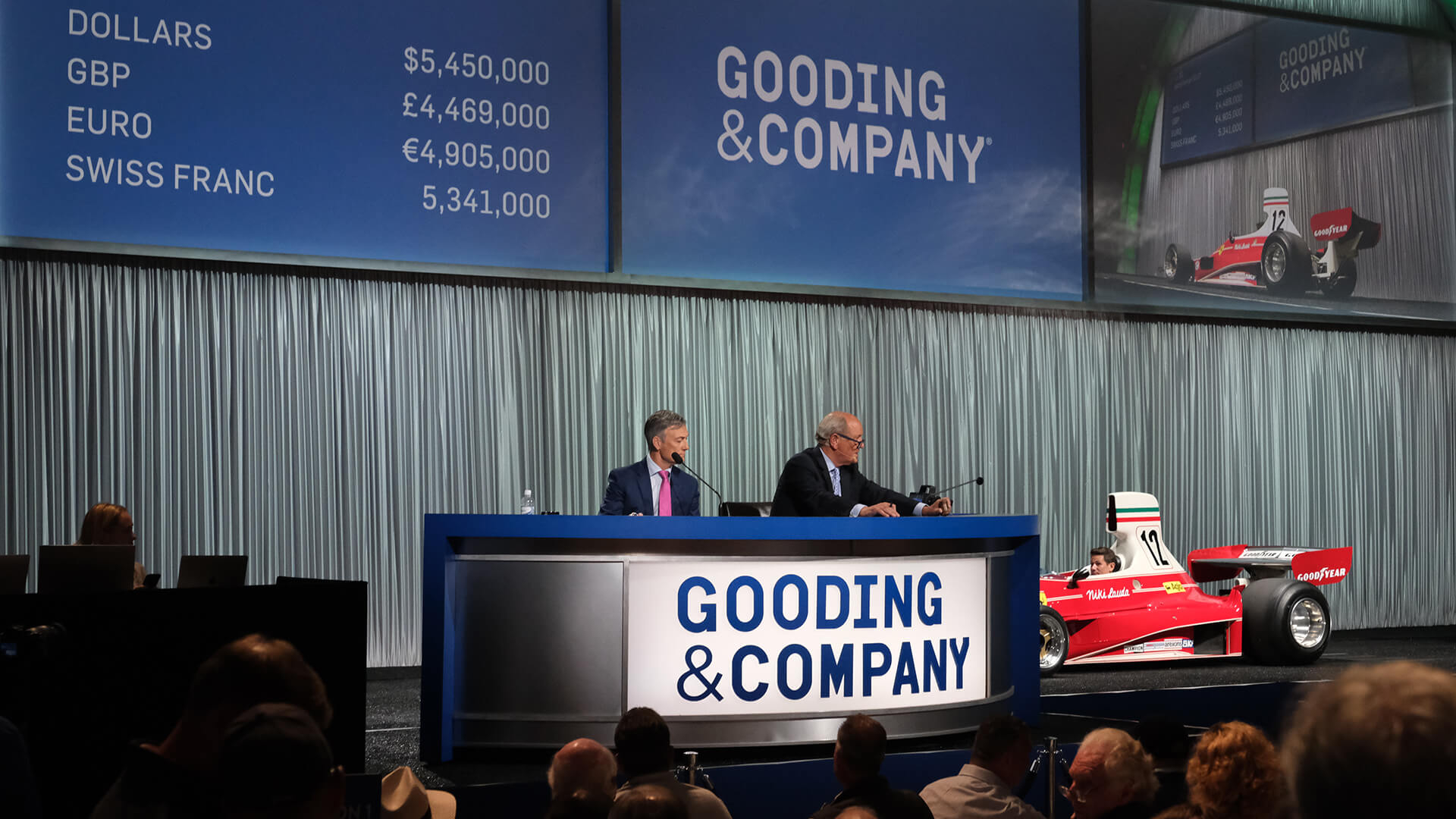 It was the Santa Monica-based company’s turn to take some of the heat from the market in this year’s more challenging saleroom environment. Working on provisional figures, we predict a daily gross of around $34m and sell-through of 66%.

Regular auctioneer Charlie Ross conducted proceedings in his usual entertaining manner, though he needed to draw deeply on his skills at the rostrum to drag prices up to anywhere near respectability. A classic case was the No Reserve Aston Martin V8 Zagato road car that lingered first under $100k, then stuck in the mid-$150ks before the hammer finally dropped at $330k.

He’s good, but not a magician; Astons once again took a hit, while many of the top lots failed to reach reserve. Pending post-sale deals, the 959 Sport, the DB4 GT (but they were close on that) and the black, Rudge-wheel ‘Gullwing’ look like going home.

At a glance, Friday 16 August (provisional on the night): 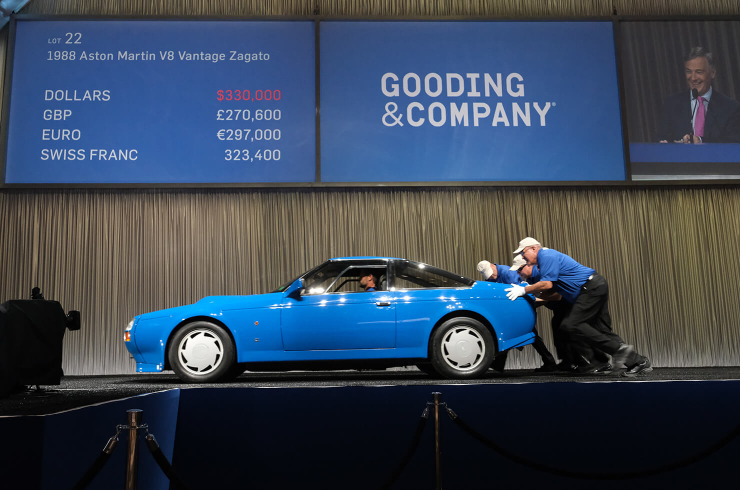 The first Singer Porsche to come to auction sold for $857,500 all-in, a little less than its estimate but still a profit for the consignor.

The affable Ross will be at the rostrum again in the morning. Sometimes these storms pass and things pick up on the second day. If anyone can make the most of the mood in the room, it's him.