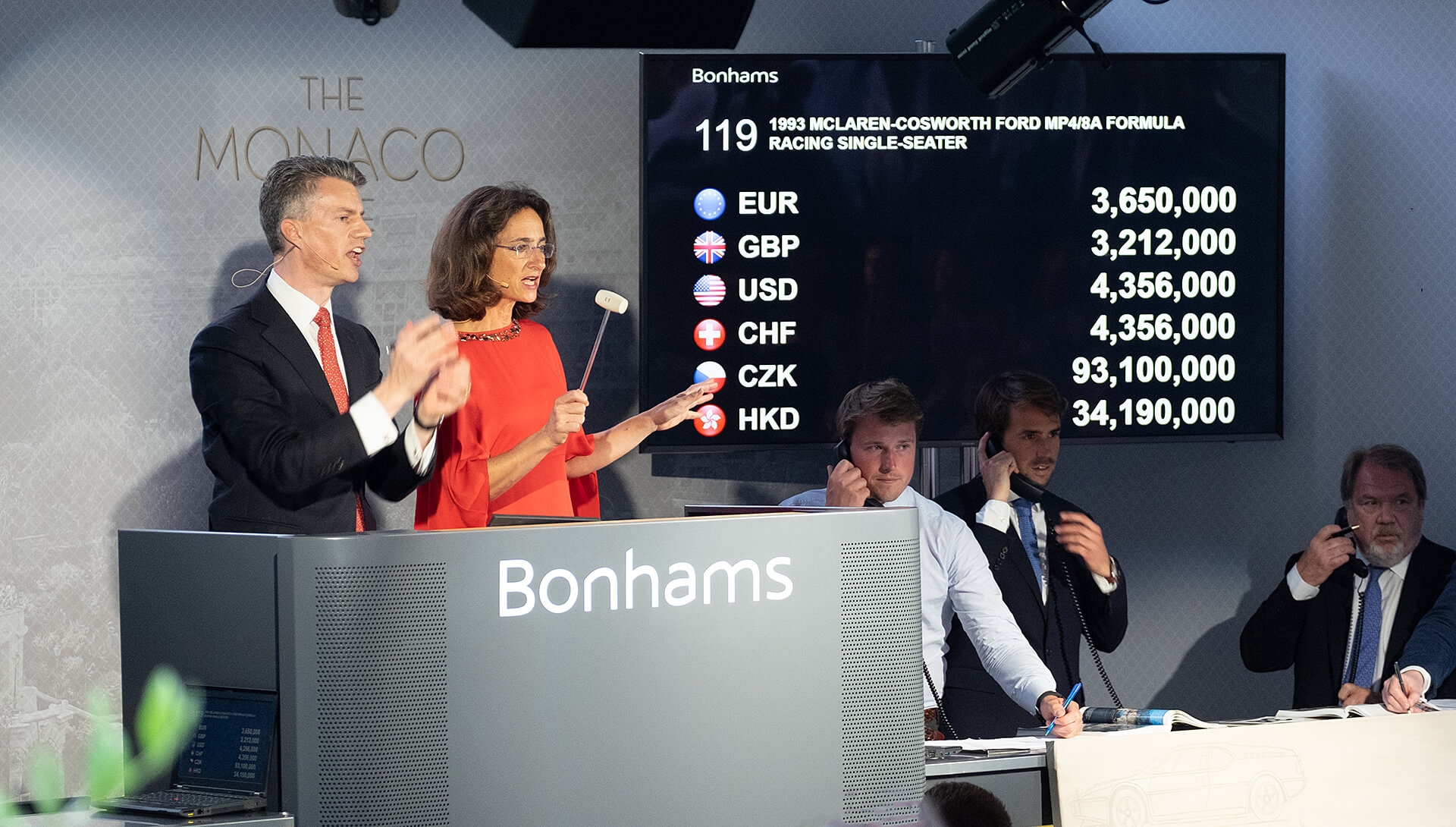 Two Formula 1 single-seaters once driven by the great Brazilian World Champion took Bonhams over the finishing line at Monaco this evening.

Top-selling car was the punters’ favourite, the 1993 Marlboro McLaren-Cosworth MP4/8A. Bonhams would probably have preferred to hit the €4m mark, but €3.65m hammer (€4.1975m gross) places the car around US$5m all-in. The Toleman-Hart smashed through its upper estimate of €1m to sell for €1.4m net, €1.61m with premium. 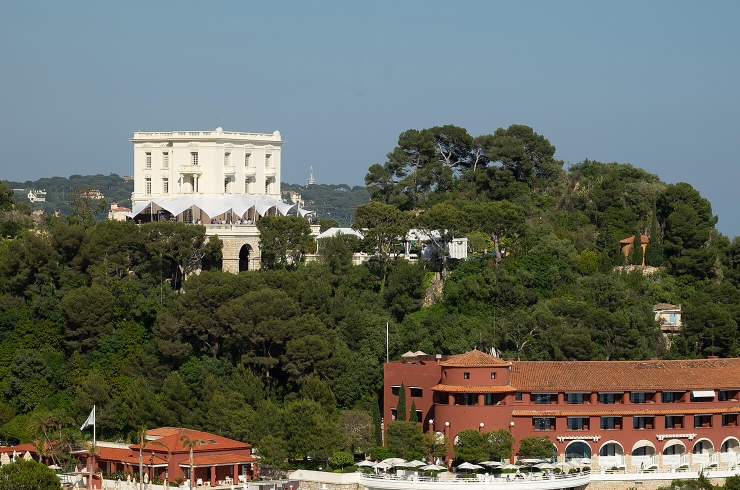 Bonhams’ deluxe venue of Villa La Vigie – new for 2018 – was a definite hit, with a busy tent for the duration of the sale. Only the top lots earned a place at the villa, the others relegated to the car parks. Which sort of worked, and the Brits used the opportunity to showcase their leading entries (Aston Zagato ‘2 VEV’, ex-Surtees BMW 507 and Alfa Tipo B) at the Goodwood Festival. 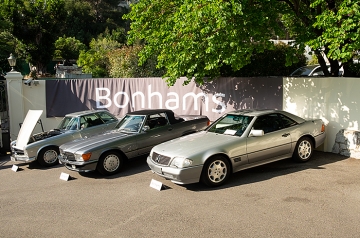 A trio of Mercedes enjoy the sun – all sold 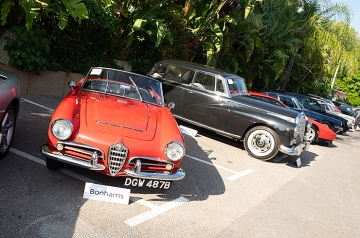 Bidding on the Senna McLaren came down to three in the room, with auctioneer Rupert Banner raising the stakes €100k a time once the total had hit €3m, just squeezing out another €50k before he dropped the hammer... and the new owner became one Bernie Ecclestone. 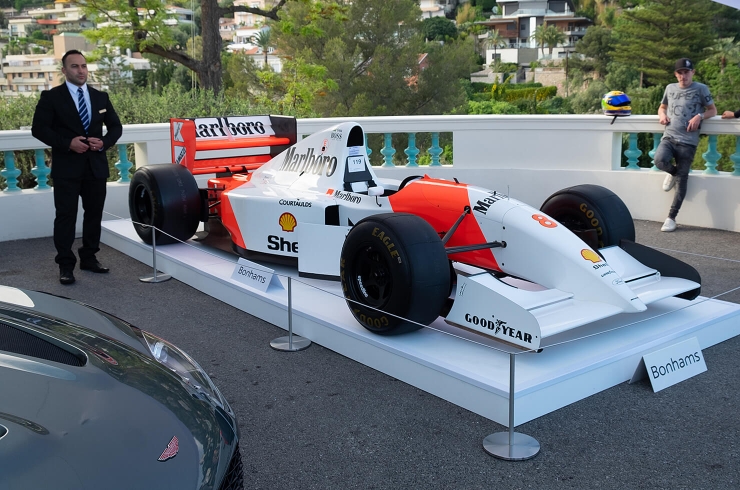 If cars could talk...

Compared with Bonhams’ Fairmont Hotel sale in 2016, the sell-through of 72% today was better, though this was achieved with more cars at No Reserve and this time only 5% beat top estimate. Two years ago, that figure was 25% – more cars sold in 2018, at the expense of the estimates.

Next stop RM tomorrow afternoon for a marathon 88-car catalogue. But before that we’re following the seller of the €356.5k all-in Jaguar XK140 SE Michelotti Coupé to the Casino. Whatever he’s putting his money on, we’re with him all the way... 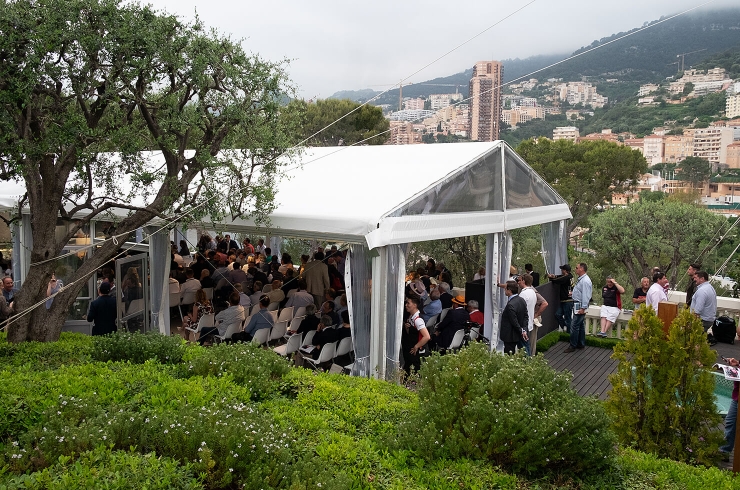 Still busy, and this was after the Senna McLaren sold