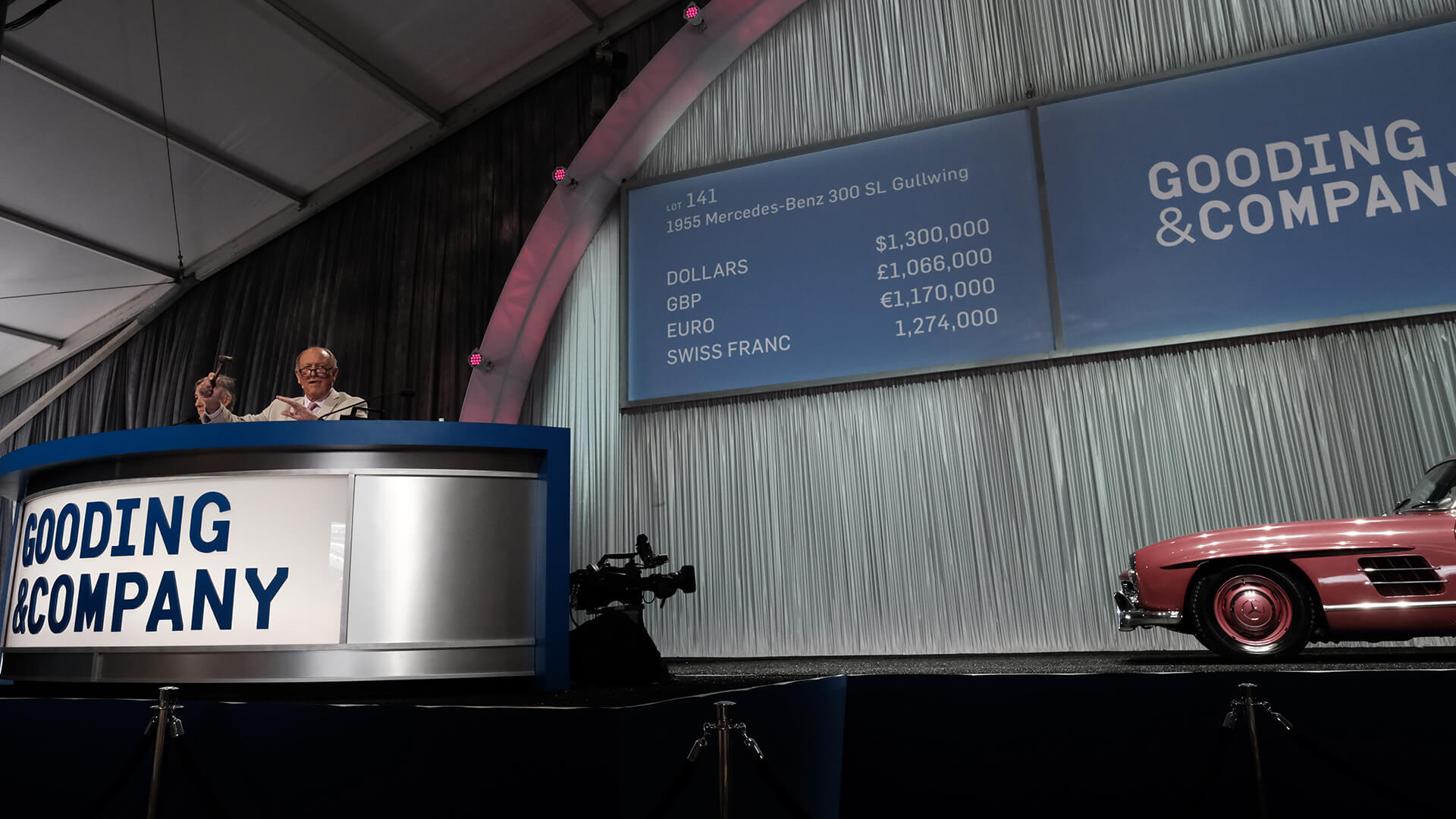 As we predicted, things took a turn for the better today when Gooding sold 62 cars at a healthy sell-through of 82%. The voluptuous S1 Pinin Farina Cabriolet came out top, sold on just after the sale finished for $6,800,000.

Like yesterday, prices were depressed against the company’s traditionally confident estimates, but we did not witness a repeat of the fire-sale results seen everywhere over the last couple of days.

At a glance, Saturday 17 August:

Nearly all significant cars sold. The Strawberry ‘Preservation Class’ 1955 Mercedes-Benz 300 SL ‘Gullwing’ (pictured, top) was bang on 2019 money at $1.435m gross. For all its attractions, the first production Ferrari 365 GTB/4 ‘Daytona’ was always more a million-dollar, rather than a million-and-a-half-dollar car. It sold for $995,000 incl. premium. The popular 1939 Alfa Romeo Tipo 256 Coupé likewise achieved a market-realistic $2.755m.

Added to Friday’s revised results, David Gooding’s company grossed $76.82m, down on last year but in line with the others. Simon and I will give you our take on what this means for the market tomorrow.