After a two year gap the Heveningham Hall concours was back on July 2-3 with its unique mix of automotive greats, flying legends and a country fair. Staged around the rolling grounds of the huge Palladian style mansion, the weekend had something for everyone from sheep sheering demonstrations to a spectacular fly past by a pair of Spitfires that looked magnificent against dramatic Suffolk skies.

For automotive fans, the focus was the concours with 50 diverse cars staged on a semicircular grass terrace inspired by Roman amphitheatres. The display behind the house is a recent landscaped feature instigated by owner and event founder Jon Hunt. The stepped layout rates as one of the most beautiful concours locations, and with plenty of space between the cars it’s perfect for accessing styling from all angles and heights. 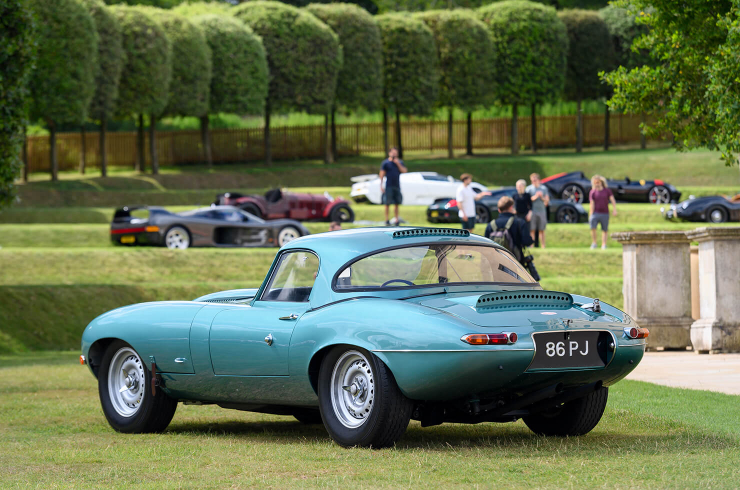 With all the entries listed anonymously so ‘the judges aren’t biased’ the charity event is very much about enjoying the relaxed atmosphere, admiring the display and sitting on the grass with refreshments having a car chat. 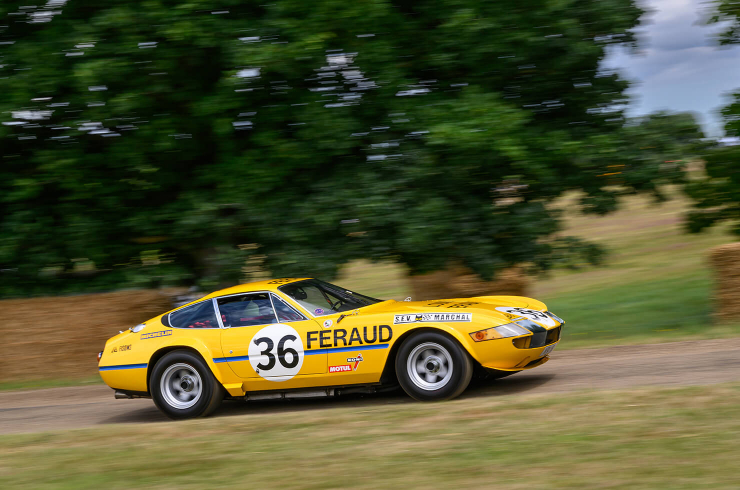 Among the entrants was stylist Peter Stevens who’d entered his vintage Ford Model A hot rod just weeks before he heads to Denmark for some beach racing. Nick Mason sent two cars, the wonderfully preserved D-type ‘Short Nose’ XKD 516 which the Pink Floyd drummer has owned since 1976 and the Ecurie Francorchamps Ferrari 365 GTB/4 ‘Daytona’ Competizione (above) that 50 years ago finished 8th at Le Mans. Nick’s wife Nettie couldn’t resist the chance to extract the Daytona from the concours display to test the 400bhp Latin wedge up the Horsepower Hill where its meaty roar upstaged the moderns that seemed to be constantly hitting rev limiters in the timed charge up the estate drive. 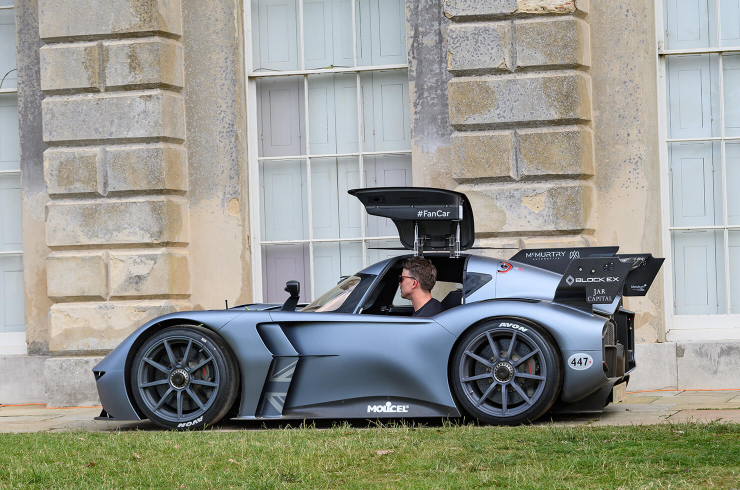 Attracting the most interest particularly with young car fans was the McMurtry Spéirling (above) fresh from conquering the Goodwood hillclimb which, although not running at Heveningham, made a fascinating contrast with 1200hp Porsche 917/30 Can-Am Titan (below, right).

Considered by many to be the most beautiful classic on display was the 1960 Ferrari 250 GT SWB (below, left). Auctioned in 2015 to raise funds for the Royal National Lifeboat Institution, this Pininfarina beauty has just completed a restoration by DK Engineering who went to great lengths to retain as many original components as possible. 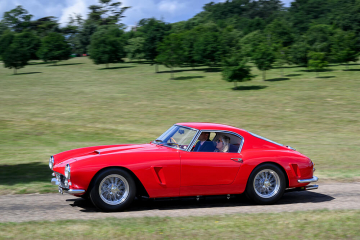 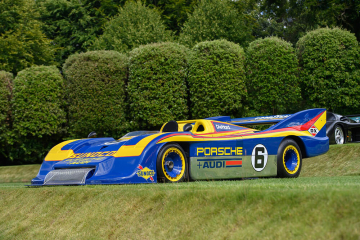 Aviation is a dramatic feature of this event with 14 classic aircraft including four Supermarine Spitfires displayed by the estate landing strip while a helicopter was hung from scaffolding on the front of the 18th Century mansion designed by Sir Robert Taylor.  The expert judging group headed by chairman Vic Norman selected the oldest entry, a beautifully restored de Havilland DH.83 Fox Moth Speed Model as the winner of the Hanna Aviation Trophy. 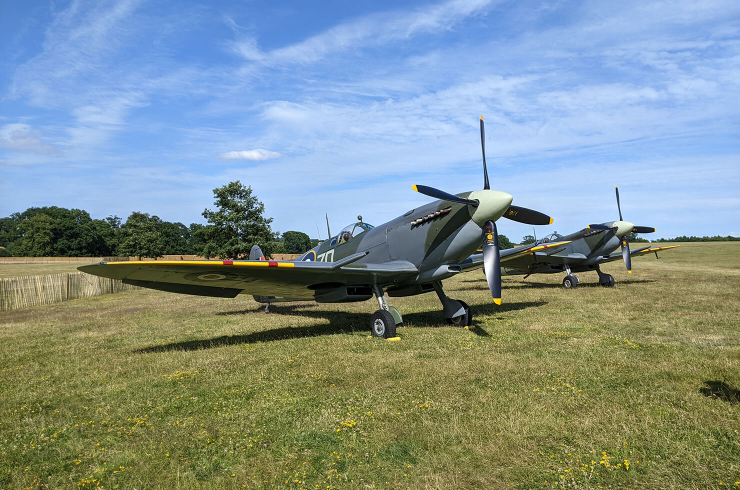 With the local road closed during each afternoon, the crowd was spellbound by a dramatic aerial display by the Spitfire pair. With the sad news that Alain de Cadenet had died during Friday night, it seemed particularly appropriate as one of the Spitfires was the very Mk IX which buzzed him during Duxford filming and became a YouTube sensation. 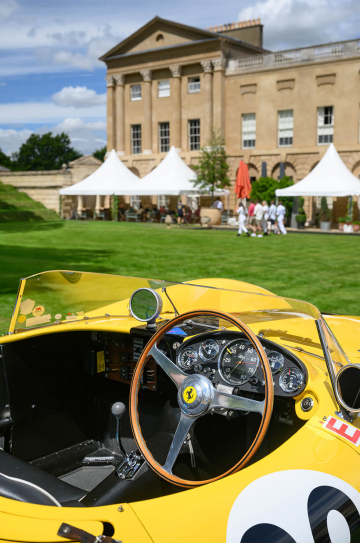 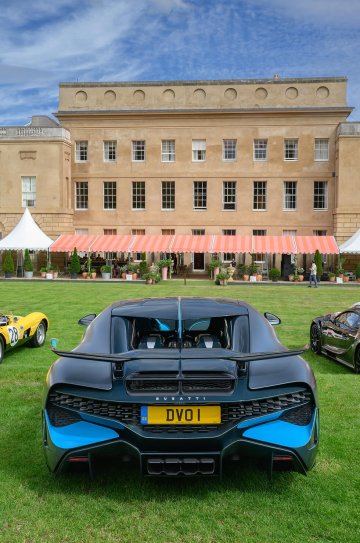 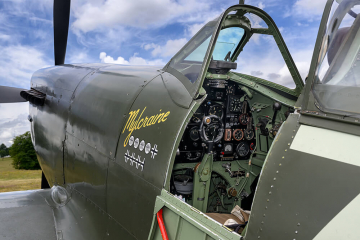 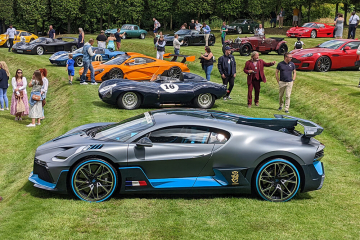 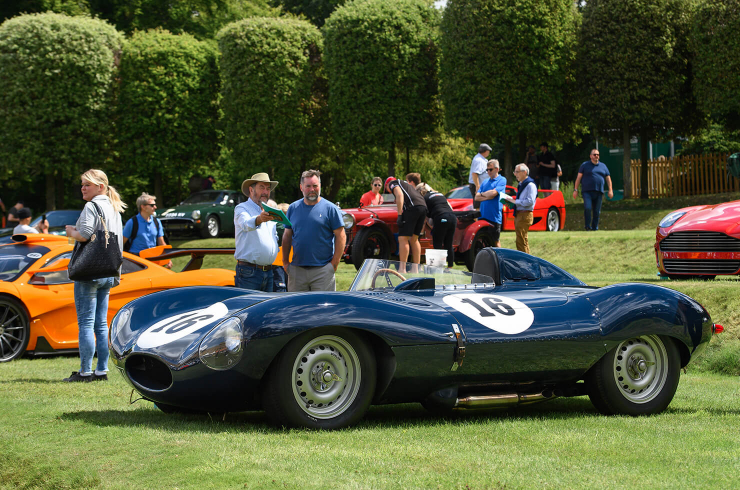 Photos by the Author and Tim Scott of Fluid Images 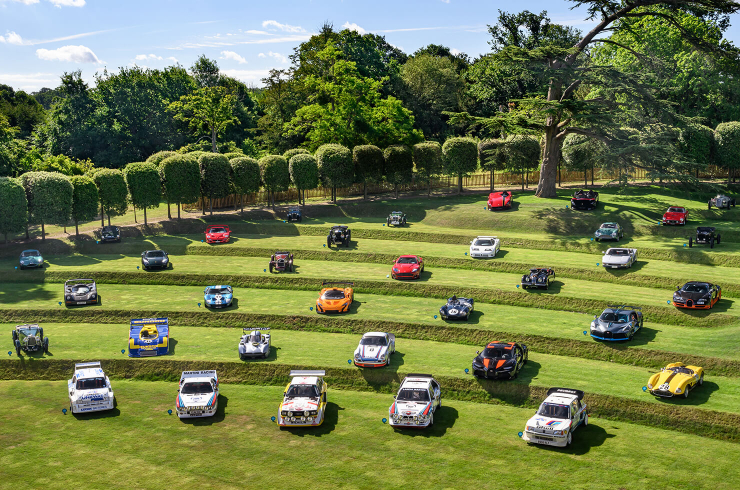