Hot off the press: RM Sotheby’s at Villa Erba 2015, news from the sale 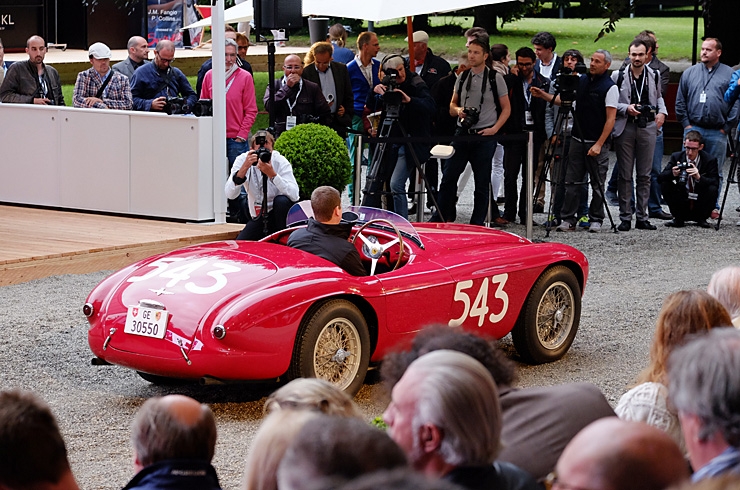 With the final lot only just safely tucked away for the evening, and attendees in the packed auction grandstand still at their restaurant dinner tables, we can report a likely gross figure of around 26 million euros for RM’s 2015 Villa Erba event, with 31 of the 37 lots finding buyers on the night. That’s a good 84 per cent sold by number.

The highest price on the evening was achieved by the 1952 Ferrari 212 Export Barchetta by Touring (above) that was hammered away for 6,000,000 euros. Significant non-selling cars included two 250 GT SWB Ferraris: the Comp’ Berlinetta and the open-headlamp California Spider. 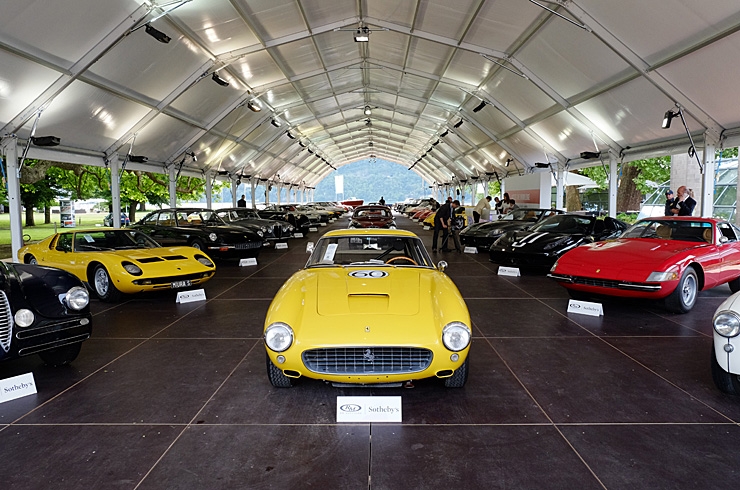 We’ll allow the original limited-edition genuine supercars their day, but are yet to be convinced of the long-term prospects for froth such as the ‘stick’ 599, let alone the 460k hammer price for the 458 Speciale A.

As we previewed, many entries in the customarily superbly presented catalogue lacked true star appeal. The Comp’ SWB just needed too much explaining (non-matching engine, wrong and unattractive colour, UK historic racing hot-rod stance and a body that failed to convince) and was bid to 9.1m euros. As an open-headlamp car, the California Spider was discounted anyway, but should have sold at 10.25m euros – potential trade buyers and K500 subscribers knew that car had been on the market for a while, and many were unhappy with the profile of the nose; it looked a little full in the face.

After so long on the market perhaps it's developed an eating disorder?

The Ghia-bodied 195 Inter was stolid, but was reasonably priced and was another that could well be moved on after the event. 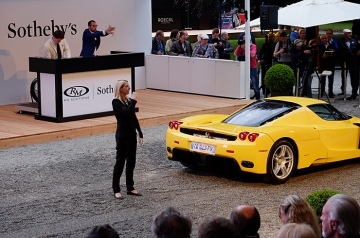 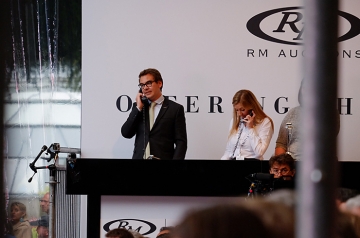 Many cars were sold to telephone bidders

We'd agree with most that the stand-out cars of the sale were the 212 Touring Barchetta (for condition - we'd still say the market prefers a 166 MM), the Villa d’Este Alfa Romeo (sold to an East Coast collector for 700k euros hammer), the lime green Stratos (sold for 395k euros hammer) and the Lancia Flaminia Sport by Zagato. The latter was in ‘just right’ condition, neither too shiny nor uncared for. Its price of 250k euros hammer was at the lower end of estimate, though as a model it’s neither an early car with faired-in lights nor a later Super Sport with the most powerful engine.

Think average Aston DB6 or Ferrari 250 GTE, though, and it makes sense. 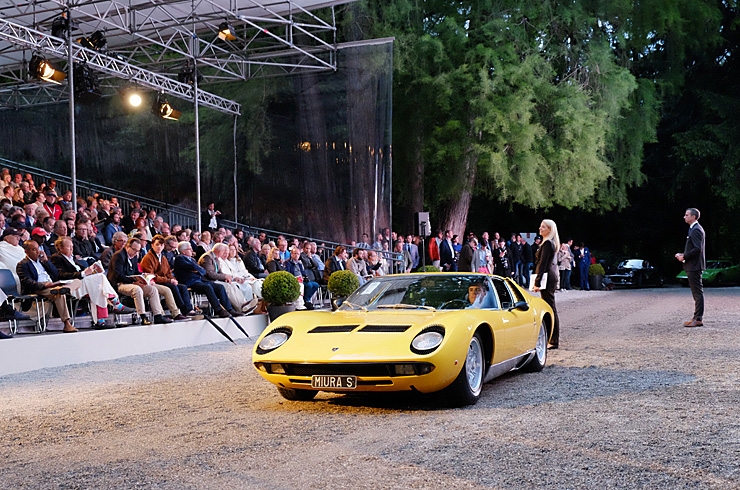 Unremarkable P400S Miura sells for so-so 910k hammer. How better it would have looked in its original 'Bronzo'

The Carrera RS lightweight wasn’t the best on the market and, at 900k euros, duly sold for under its lower estimate. Auctioneer Max Girardo was right when he said “well bought!” to the successful bidder on the 1938 Fiat 1500 Berlinetta, a miniature – if quirky – Touring-bodied Alfa 6C. The 250 GT Lusso was a bit tired – and represented as such, though in the guise of 'originality' – selling for 1.8m euros hammer. Its colour might have seemed a good idea in the catalogue, but, certainly no fans of 'resale red', maybe these off-piste shades are better suited to Dinos? (Simon says, "No, we like green Ferraris!" by the way.)

Likewise (colour apart), the 1960 Ferrari 250 GT Cabriolet Series II, an example ill-presented by its vendor with a clearly visibly deep graze on the leather from an ill-fitting hood among other signs of lack of love. Poor stuff, and for the sake of a few thousand the eventual selling price of 1.4m euros might have been more.

The 1958 Mercedes-Benz 300 SL Roadster will probably just squeeze over the $1m mark when the results are published with premium, while the 1959 Bentley Continental Flying Spur was something of a buy at 200k euros hammer, considering its excellent condition and rare alloy bodywork.

As usual, we stress that these results must be regarded as unofficial and strictly provisional. 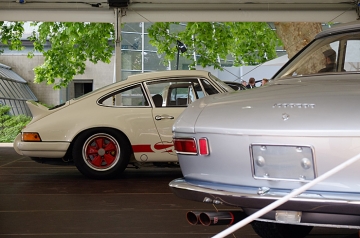 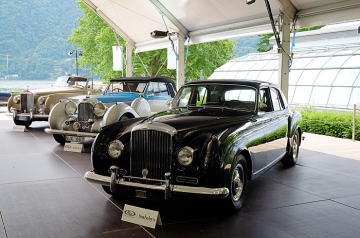 A corner of Italy that is forever England 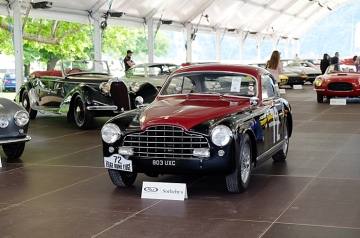 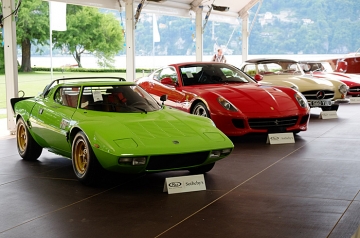 The colours of Italy - except one's German 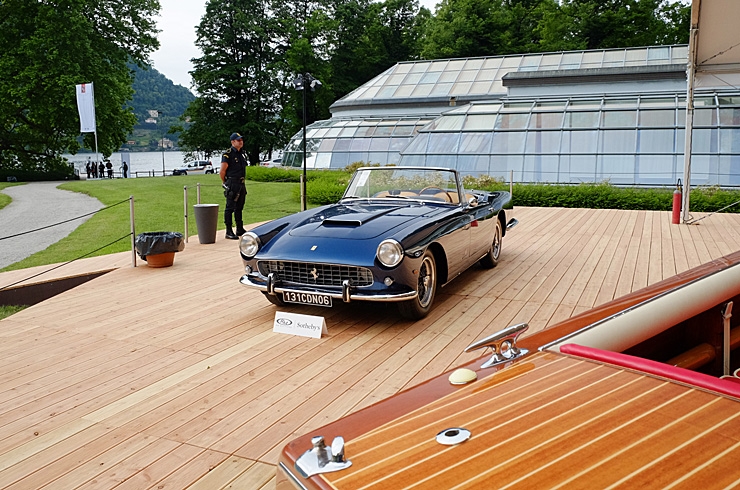