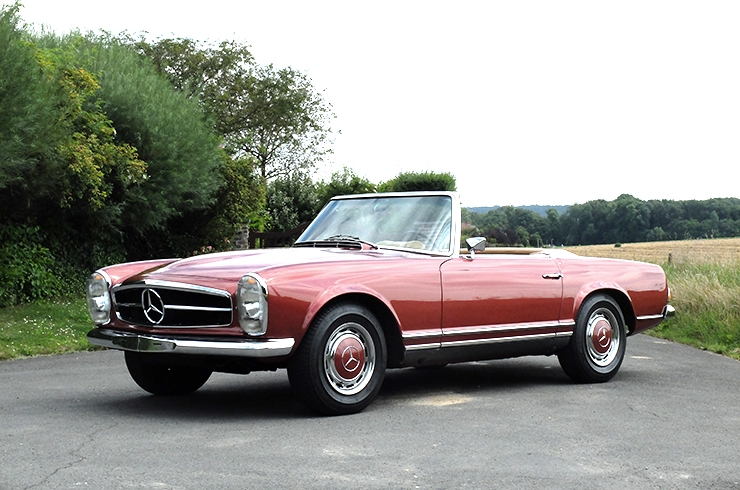 “I wasn’t surprised,” said marque expert Michael Lavers, when we asked him for his opinion on the recent big-numbers sale of a 1969 280 SL.

Over to the expert, whose Putney-based business Silver Arrows has been selling and servicing classic Mercedes for many decades. 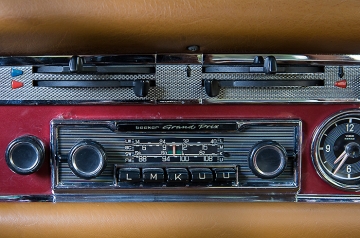 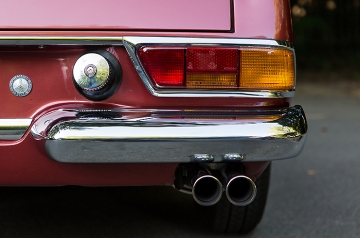 "Most importantly, it was a manual," explains Lavers. "Not only a ‘manual’ but a ZF five-speed; Mercedes also offered a four-speed that was, in effect, a three-speed, thanks to its low-ratio first gear. Production figures for left-hand-drive cars are hard to establish, but in RHD there were only 12 – or 20, sources differ – ZF five-speed 280 SLs. The gearbox clatters a bit at standstill, much like the DB5’s, but it's a very rare car indeed, and one capable of 120mph.

“The five-speed dramatically changes the feel of a Pagoda, particularly when coupled to the final, 2.8-litre engine. The sportiest cars are the 230 SLs, and that free-revving motor suited a manual, so you see more around. By the time the more powerful and torquey 280 SL was introduced, Mercedes finally had the perfect, lazy engine for an automatic and so many were sold worldwide.” 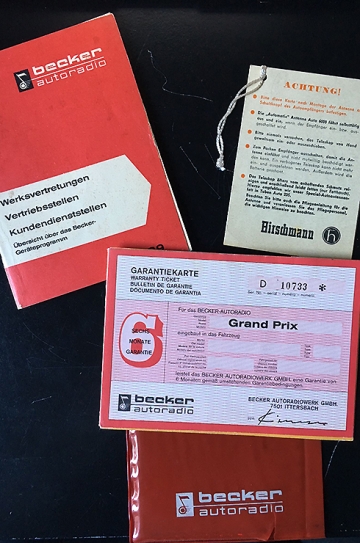 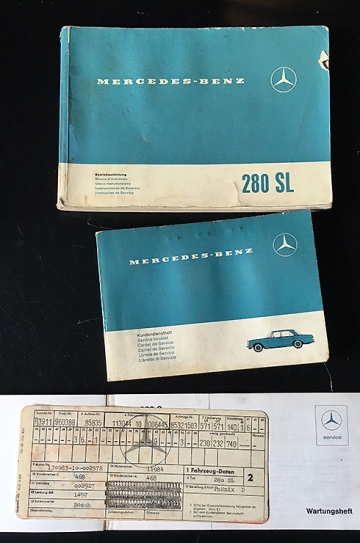 So we have rarity, but what else made the car desirable?

“The deep metallic red colour is down to personal opinion, but I like it. Matching hardtop, body and hubcap colour was quite normal. It has had a new fabric hood and carpets, but the interior in Cognac MB-Tex is original and just right for the car.

“It’s been repainted but presented well in the catalogue as a good, original example, one with only three owners from new. And look at the original Becker radio, all books, the tools and the papers that went with it. Very hard to find nowadays. I also love the yellow, French-spec headlamps.

“Another thing I always look at on Pagodas are the tyres. Cars with cheap owners have cheap tyres. The best are Michelins, in particular the MXV-P 185x14. You will notice they have a raised curbing rib on the sides that protects the hubcaps. They also cost £200+ each, but dramatically improve the handling – naturally, this car had these tyres!” 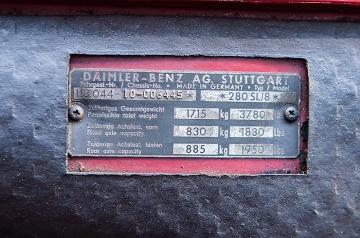 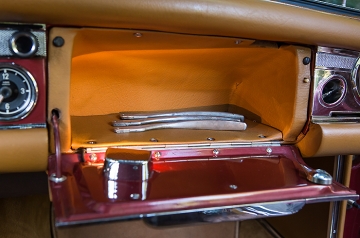 And what value would you put on this one, were it an automatic?

“A half to two thirds. This was a rare car, a super thing in just the best condition. They did make a lot of Pagodas, but many cars offered nowadays are in a very poor state, while others are glossed over with cheap repro parts for a quick sale, or there are ‘full restorations’. What people don’t tell you is that the fully restored cars generally use complete basket-cases as donors – you’d never start off on a project like that with a good car. You could spend £100k on a full restoration.

“European-spec Pagodas are the best, with perhaps a premium for ones delivered new to Germany. Buyers need to watch out for US cars imported to Europe. There are many differences: even with the side repeaters removed, an easy spot for those looking at a misdescribed North American import is the horn ring. In the US it was satin finish to meet the latest safety regs, so it could not dazzle the driver. Proper European ones were always bright chrome. 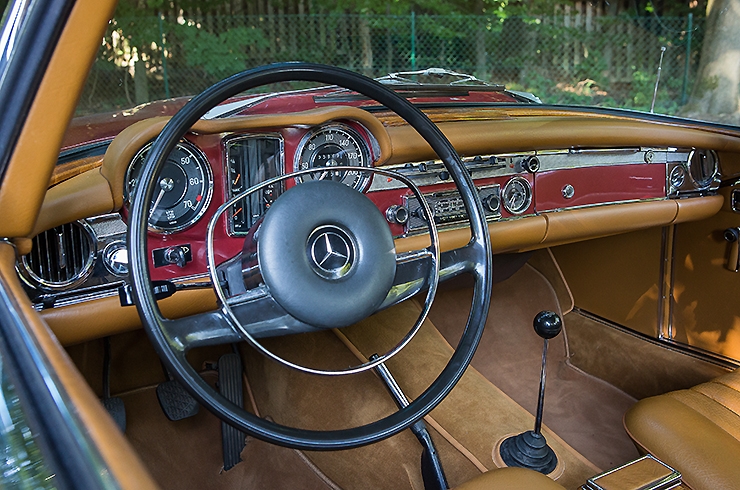 “Pagodas are lovely cars, a joy to drive; you just need to find a good one from so many bad ones in the market. This was an outstanding car, so it sold well.”