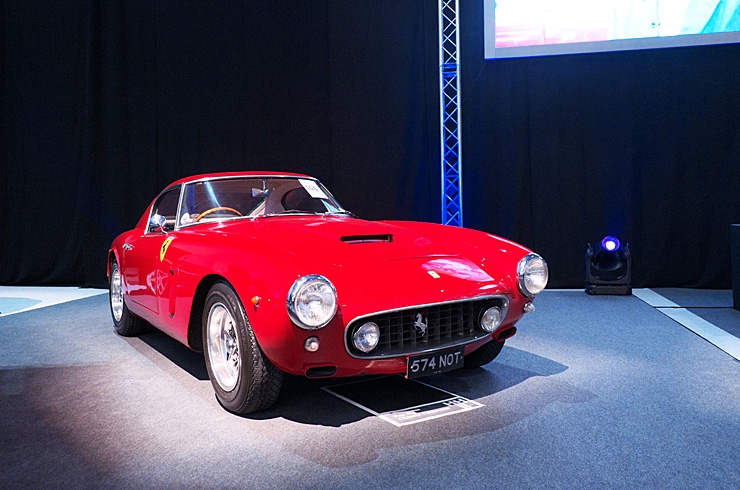 The eagerly anticipated sale of the two 'no reserve' Ferraris from the estate of the late British enthusiast Richard Colton took place a few minutes ago.

Both were 'shabby chic' and to be sold regardless of price, with all proceeds to benefit the Royal National Lifeboat Institution charity. 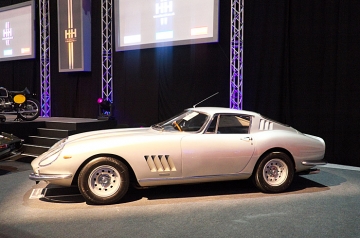 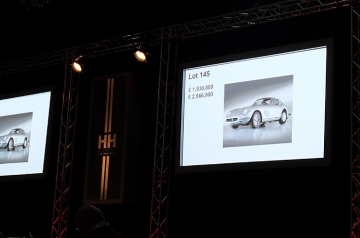 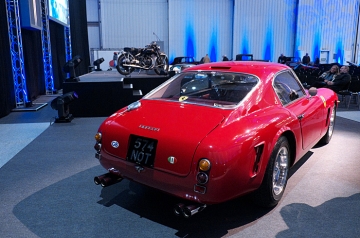 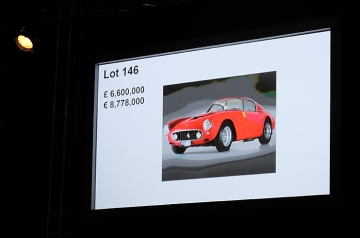 The sale was held at the Imperial War Museum, Duxford, Cambridgeshire and it was standing room only when the spotlight settled on the two final lots of the afternoon.

With two auction non-sales of similar SWBs within the last six months (RM at Villa d’Este and Monterey) this is the first regular-bodied SWB to find a new owner at auction since RM sold a solid but unraced alloy 1960 example for $8.1m in January 2013. Since then, we’ve seen various special-bodied SWBs successfully cross the block, culminating in Gooding’s $16.5m Bertone car this August. 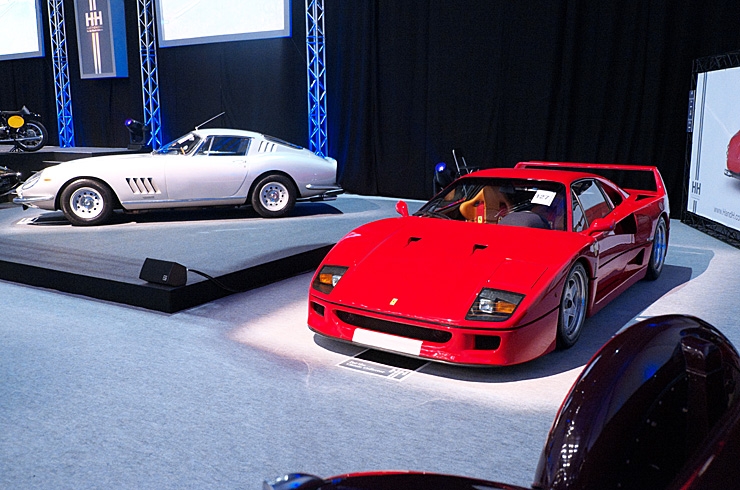 It should be noted that the ex-Colton SWB is not an alloy car but not a 'bog standard' steel SWB. It bears steel coachwork but with various 'go faster' features such as hotter cams, higher compression ratio, trombette velocity stacks, a limited-slip differential, a competition exhaust and a massive (steel, not alloy) long-distance tank in the boot.

Of the latter, Damian Jones of H&H remarked, “It’s the only car we’ve had where we can check the fuel by dipping an arm in the tank…” Its sister RHD car is a well-known racer today at Goodwood and elsewhere.

Although not completely original, as Colton enjoyed improving his cars for day-to-day driveability with better brakes, wheels and tyres, both the SWB and the 4-cam are totally genuine cars coming out of long-term ownership, with the scars of a life lived to the full.

We hope the first thing the new owner of the SWB will do (after a major mechanical checkover) will be to swing an overnight bag in the back and embark on a long-distance road trip. Or at least a trip to the local pub – it’s how Richard Colton and his late wife Caroline would have wished it. Ferrari Classiche Certified? You must be joking...

Congratulations to the new owners, and above all to a very generous Richard Colton, RIP. 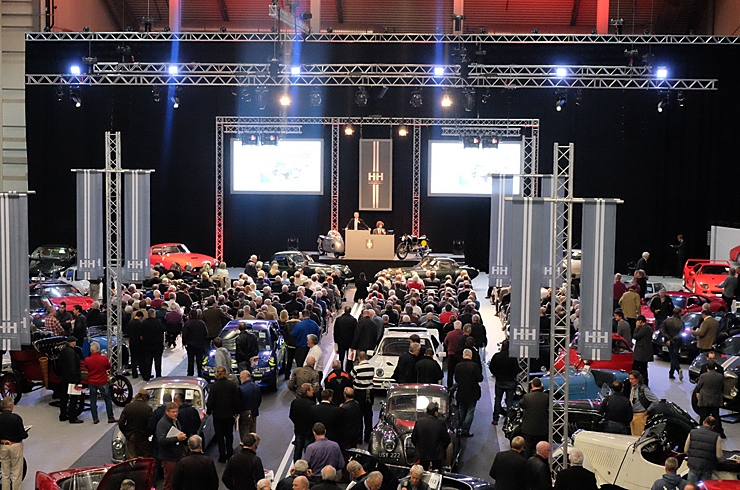 Smart, all-new presentation by H&H impressed the punters - and pulled them in

“Some 32 years ago, pulling out of a Shell garage on the way to my first Ferrari Concours, I followed this chap in a 250 LM.  He would know the way, I thought, hoping to keep up in my humdrum 250 GTE. Of course he left me for dead.  That was my first motoring experience of Richard Colton.  Over the next 20 years I enjoyed Richard’s company on many European rallies and Ferrari meetings.  He drove a large variety of Ferrari, Jaguar and Porsche machines, which always seemed to run better than they looked.

“I particularly remember his lovely Ferrari 212 Vignale Coupé, for which (never keen to overspend) he borrowed my Weber carburettor trumpets for several months.  Then I recall a scary ride on narrow Northamptonshire roads, with Richard piloting his orange 911RS Lightweight at a fearsome speed. But best of all I enjoyed following Richard, for mile after delicious mile, he driving ‘574 NOT’ through rural France, wearing no bumpers.  Was there ever a neater backside to enjoy than a 250 GT Short Wheelbase? Or ‘the Wheelbase’, as Richard always referred to his favourite machine.” 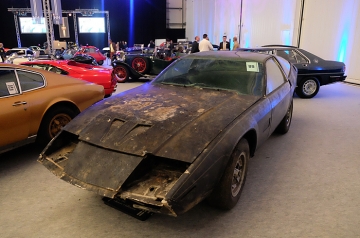 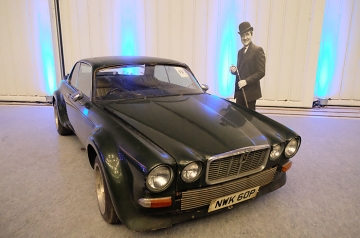