Out of Africa: Seized supercars surprise as part of CHF 36.7m Swiss auction 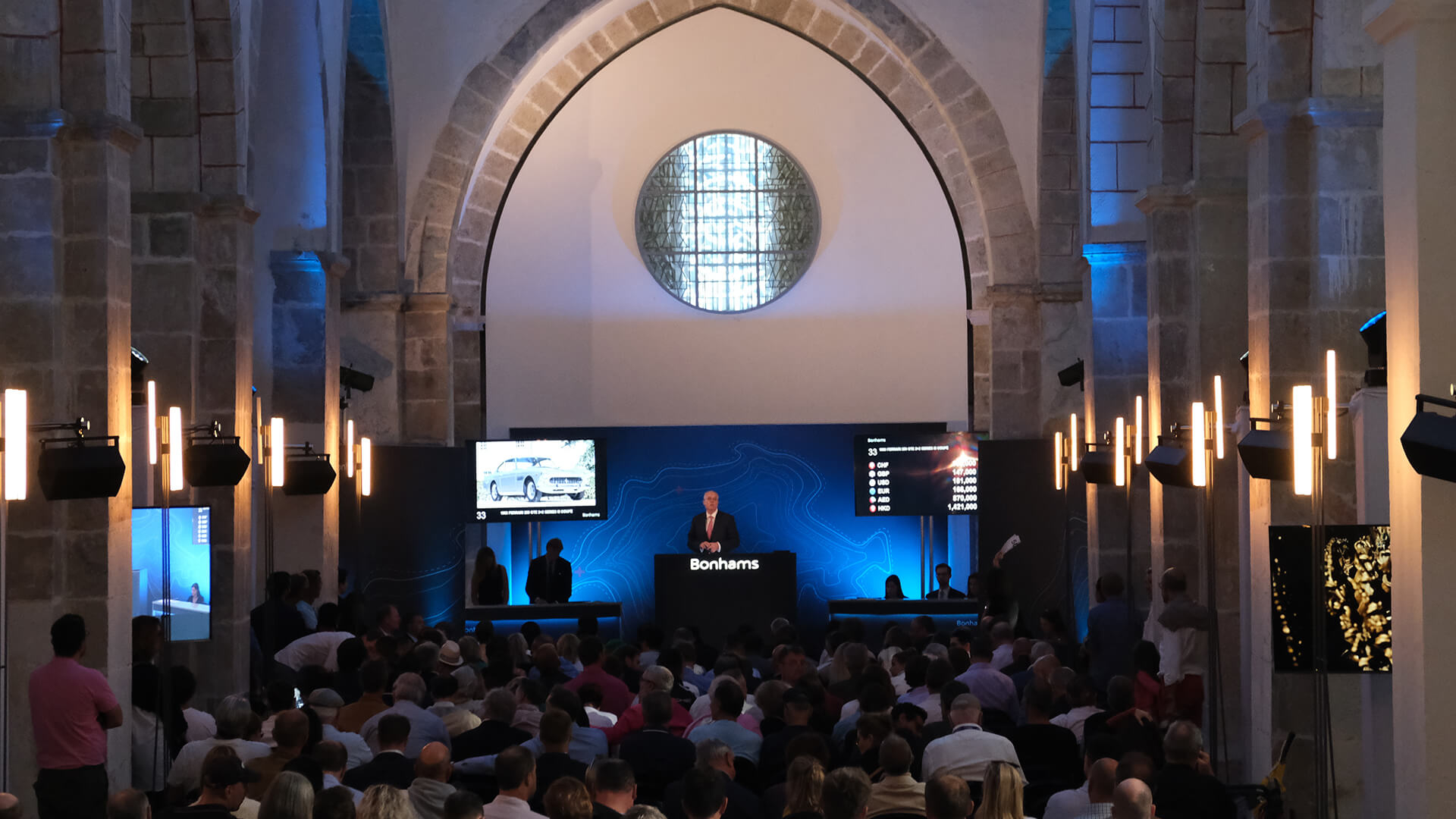 After RM’s sell-out sale in Portugal last weekend, it was Bonhams’ turn to shine at its auction near Geneva, headlined by 25 modern hyper and luxury cars confiscated by the Swiss authorities from the son of the president of Equatorial Guinea.

This was a high-stakes strategy, as the market for second-hand supercars is highly sensitive to such details as mileage, repaints, accidents, country spec, etc… Buyers in this segment are notoriously picky. But as RM proved in Milan three years ago with the Compiano seizure sale, one key ingredient trumps all others: No Reserve. As in any field, nothing gets excited bidders on a plane to an auction like the chance to profit from another collector’s misfortune.

The cars were owned by Teodoro Obiang, described by the New York Times as “a rap music entrepreneur and bon vivant, fond of Lamborghinis and long trips to Hollywood and Rio”. His cars were auctioned by Bonhams for the Geneva prosecutor’s office, after a deal ending a money-laundering inquiry. CHF 23.4 million of the proceeds went to an African charity, although to answer a bidder who stood up to ask the auctioneer mid-sale if the price was tax deductible, “no”. 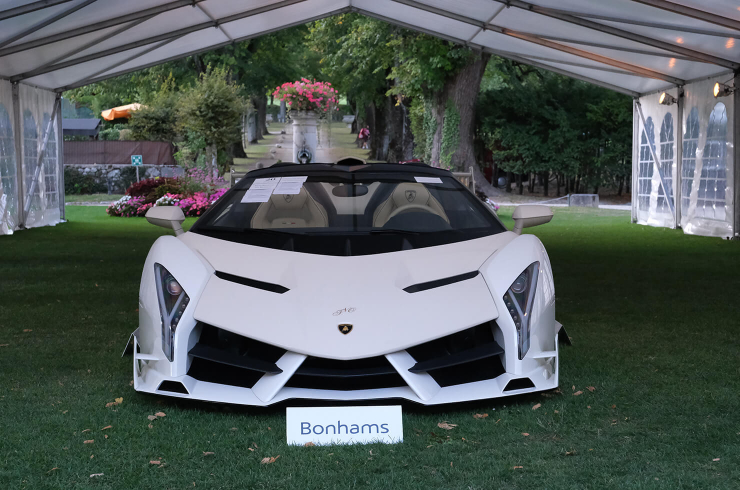 It was the first time Bonhams had returned to Switzerland in almost a decade. Held in a deconsecrated chapel on the grounds of the picturesque Bonmont Golf & Country Club, regular auctioneer James Knight was at the altar to conduct a Sunday service like no other. Bidders came to Bonmont to worship high-octane capitalism – and came away with 84% of the cars in the catalogue. Praise be for bidder no. 40, a young German agent with an earpiece who bought at least half the cars, including the head-turning Lamborghini Veneno Roadster (pictured, above) for CHF 8,280,000. And that’s before you add all the taxes, of which more later…

It was a sale of two chapters. To offset the 25 African cars, Bonhams had also sourced 50 other entries from Switzerland and beyond. The room didn’t empty after the No Reserve collection had been sold, and Bonhams continued to sell cars until the final lot. The audience was a mix of local enthusiasts and trade, with small groups of conspicuously new faces from further afield, smoking cigars and sporting Richard Mille watches. They typically waited for others to bid on the No Reserve cars before jumping in and rarely being outbid. It felt a million miles from Goodwood or Pebble Beach but then again, so were the cars. The usual big Swiss collectors? Presumably playing golf or at church. 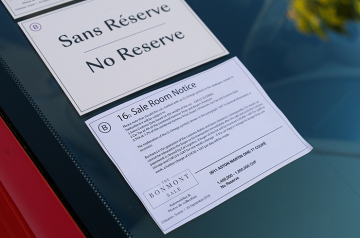 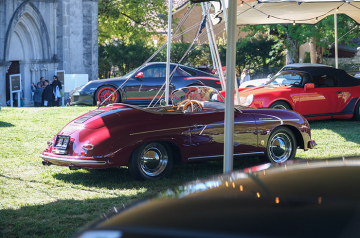 K500 will be looking at tax and import duty rates in a forthcoming feature centred around Brexit, but the blizzard of symbols and late information notices on the Obiang cars meant that in addition to the hammer price, buyer’s premium and Swiss VAT of 7.7% on the premium, they were also liable to Swiss VAT, Car Tax and Customs Duty if they remained in Switzerland. So the CHF 2.7m hammer price of the Ferrari Enzo ends up at around 3.5m CHF all-in with tax and duty paid: a 3.5-million-dollar Enzo, of which more below...

You had to really pay attention if you were bidding. Before opening proceedings on the Enzo, for example, the auctioneer announced the mileage wasn’t 21km as catalogued, but over 4,000km. The ‘2010 Bugatti Veyron’ not only had no documents (and that includes no service book, ownership record: nothing) but turned out to be a US-spec car built in 2008. The LaFerrari had received a local colour change and custom interior. This was a minefield for Bonhams, and they trod very carefully, even announcing a gearbox warning light on the Veneno. You didn’t want bidders to back out on these purchases.

There’s one important detail that many buyers won’t have known in advance. EU cars brought in temporarily and sold back to the EU would be liable to EU import tax again upon their return: 5% VAT in the UK, 7% in Germany, 10% in Italy, for example. It’s one reason auctions in Switzerland have been challenging in the past. 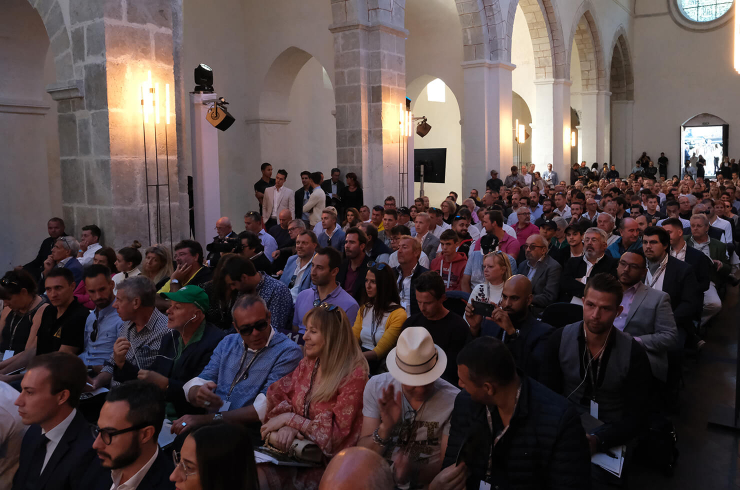 Every Obiang car – more likely to drive past Harrods than the Lodge at Pebble Beach – generated fast and furious bidding with sometimes eye-watering results: CHF 862,500 for the yellow Ferrari F12tdf; CHF 1,552,500 for a yellow Porsche 918 Spyder; CHF 4,600,000 for the Koenigsegg. Those prices include Bonhams’ 15% buyer's commission (payable on the entire amount) but not the local VAT payable on that commission, and not the import taxes liable on everything. Only the McLaren P1 (CHF 1,265,000 gross) and the repainted-from-red-to-yellow LaFerrari, at CHF 2,185,000 all-in, disappointed.

Of the other cars (still some CHF 10m), most sold, with a notable price of CHF 508,875 for the 1963 Ferrari 250 GTE 2+2 Series III. The Mercedes-Benz 300 SL Roadster seemed cheap at first but had chassis and engine number issues, the unsold 993 GT2 had been crashed (“only the last page of the repair invoice is available”) and selling the towering Mercedes G-Wagen LWB landaulette for even close to CHF 1 million was always going to be a tall order.

So what does all this mean for the market? This was no ordinary sale. The atmosphere was unrepeatable – until today – and the buyers were completely different too. But it does show the market is evolving in age, tastes and nationality, with the capacity to rewrite the rules when the stars align.

Reflect on this: the money paid for the Lamborghini Veneno Roadster yesterday could have bought a steel Ferrari 250 GT SWB. We doubt whether a SWB or California Spider would have sold here, to this audience, yesterday afternoon. The Millennial Generation has spoken. 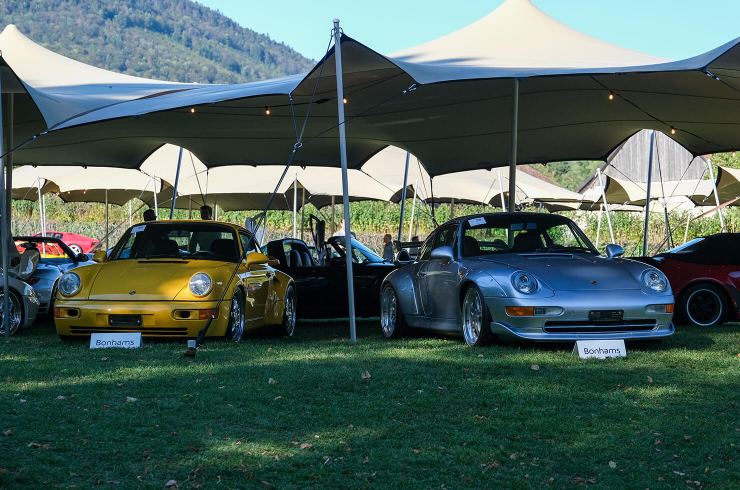 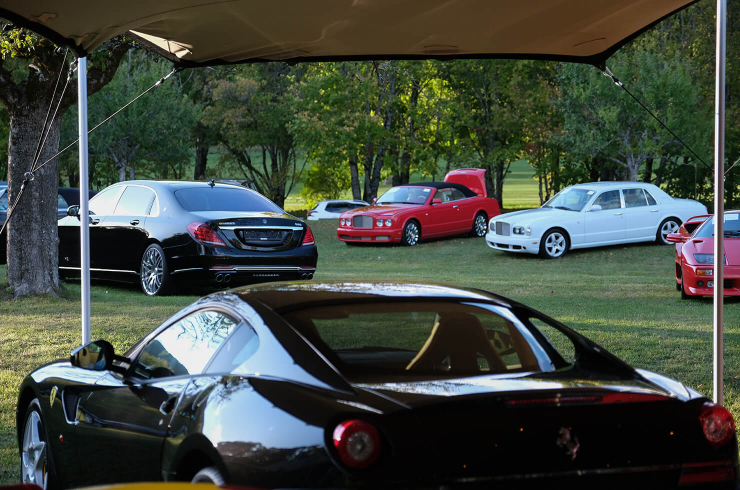