A smart new rostrum flanked by state-of-the-art screens gave Bonhams’ traditional auction at the Goodwood Festival a more up-to-date feel. Interest at the 77-car event focused, though, on older models: top-selling car was a 1937 Frazer Nash-BMW 328.

The right-hand drive British market (hence Frazer Nash-BMW) 328 was much viewed pre-sale and was a well-known car in British vintage circles, out of single ownership going back to 1950. It eventually sold below low estimate; RHD likely limiting its potential market. Coming from the same consignor, the companion Frazer Nash-BMW 315 DHC and 319 Cabriolet were fun restoration projects sold in the mid-£20ks with premium.

Towards the close of the auction, all eyes were on the ex-works 1938 RAC Rally Jaguar SS100. A desirable 3.5-litre from new, the dark red car presented well with typical British ‘VSCC patina’. However, a pre-War expert who viewed the car earlier in the week told us it required ‘the full works’, including a repaint to original gunmetal. Given its provenance, original UK number plate and potential as a top-level events car with all-important ‘big’ engine, the eventual price of £425,500 incl. premium was probably fair all round. Estimate: £400k to £600k. 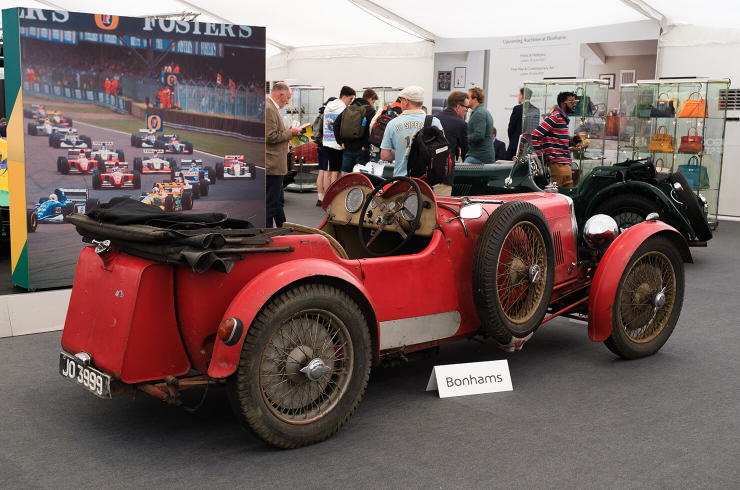 While on the pre-War front, auctioneer Malcolm Barber paid a poignant tribute to the late Peter Blond, whose family, present in the tent, had consigned his three Rolls-Royces and a Bentley. All were cars the true connoisseur had enjoyed for many decades, often driving them to business meetings in London and club events throughout the land. It was a touching moment in an often “how much can I make on it?” world.

Later in the sale, Italian motorcycle legend Giacomo Agostini took to the stage to introduce the charity auction of the first MV Agusta 798cc Superveloce Ago Limited Edition (below), which raised £52,900 to benefit the UNICEF Ukraine emergency fund. 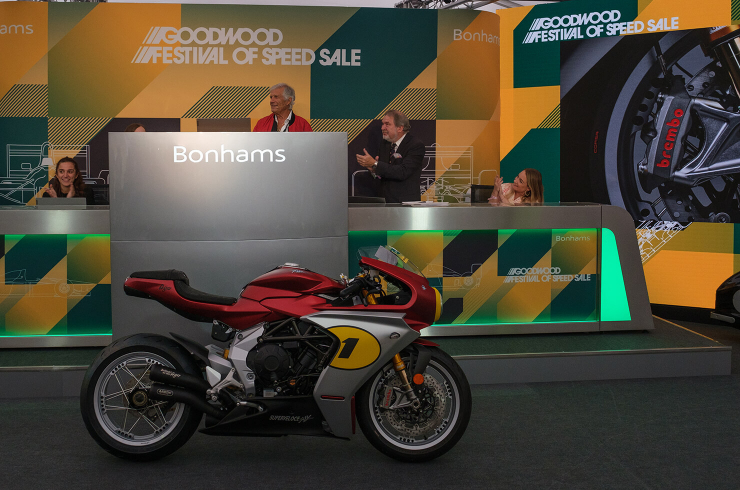 Originally smart Midnight Blue with dark blue hide, the now red/tan open Aston with valuable hardtop was apparently sold at a discount, but why? Here are three reasons: its current presentation in unloved red; the rollercoaster ‘DB’ market in 2022; and doubts over the originality of its engine, never a problem 30 or 40 years ago when the all-alloy ’sixes were regularly replaced due to cracking. “Has it got a new block?” meant something very different in 1984. 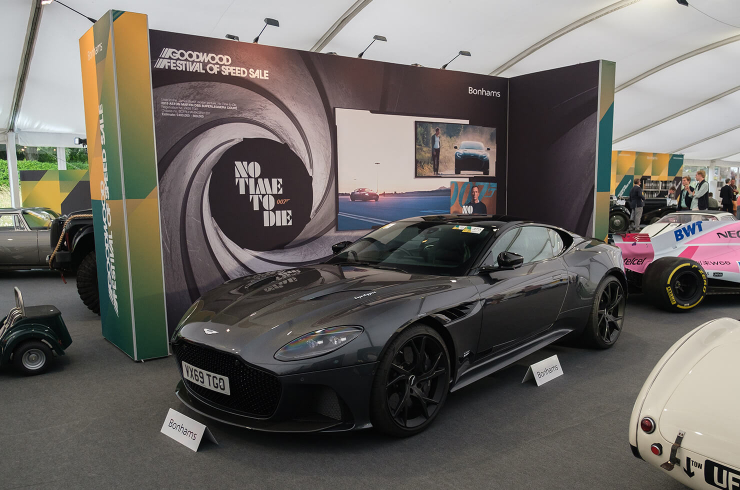 A modern Aston Martin DBS Superleggera (above) featured in the 007 film No Time to Die sold for £414,000 gross. The Marcos 'raced' by 'Roger Templar' in The Saint was bid to the lows £50ks but went home unsold.

The cover car £1m+ Benetton F1 car failed to sell, and without this and the 2015 McLaren P1 GTR by Lanzante (est. £1.8m to £2.2m) finding new owners the gross was never going to set records; the whole event was more one of treading water.