Martin Luther King said it’s not colour that’s important, but character. And of course, he was correct. But in the matter of cars, colour is character.

In interior decoration, too. Here, it’s a generally held belief that yellow is to be avoided since it makes you angry. Not for nothing has Farrow & Ball’s range of de luxe paints won acceptance partly because of its emollient names: Germolene and Mouse’s Back, for example.

The symbolism of colour is as old as civilization. Recently, it’s become an academic specialisation of Michel Pastoureau, a palaeographic archivist at the École Pratique des Hautes Études Section IV, no less. He’s written monographs on blue and yellow. Professor Pastoureau, incidentally, tells us that stripes are the Devil’s work.

The poet and polymath Goethe attempted a scientific study in his Farbenlehre. This was an influence on the paintings of Turner. Once, I invited the novelist Anthony Burgess to give a talk at the university where I worked. Burgess insisted on only three things – a packet of cheroots, a grand piano and a collection of Turner prints. He looked at the prints and played their tune: colours were music.

Of course, the locus classicus of colour and cars is Henry Ford’s “any colour” dictum (although this was probably written for him by his friend, the journalist Samuel Crowther). But this was not aesthetics, it was an economy principle because black paint dried more quickly in the sun.

As a response to Ford, in 1927 Harley Earl created GM’s Art and Color division. This was the invention of styling. Suddenly, consumers had choice – and colours remained central to Detroit’s dreamworld. Look at the Sixties: Buick had Camelot Rose, identical to Oldsmobile’s Sunset Mist. By ’65, Cadillac had Salmon Bronze. The names are a catalogue of yearning. 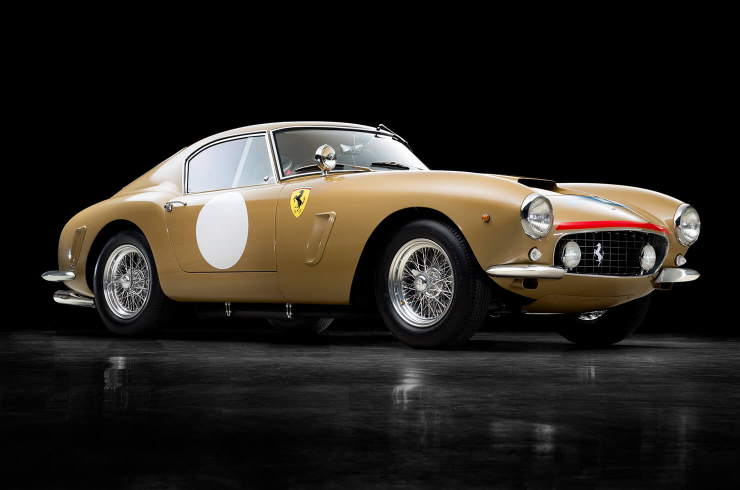 The science of car colours is not precise, although it’s thought among designers that white does not work on large cars. Nor does it work on Ferraris, unless it’s the off-white sometimes found on 250 GT SWBs.

But the national racing colours established in the Gordon Bennett Cup have created lasting expectations, hence the feeling that a Ferrari really should be rosso corsa. Test your assumptions now. Prince Bernhard insisted on his Ferraris being metallic green and they looked horrible.

One thing is certain: classics need authentic colours. The other day my wife pointed out a lovely late 356 on the King’s Road, the colour of a faded green suitcase confiscated by the STASI. “That can’t be real, can it?” she asked. I assured her it was. And just for fun, I checked the Porsche colours available at that time. Fully 24% of 912s were ivory, while 3% were black. Who can ever forget their first sight of a 911 in Positano Yellow? Or aubergine? There was a time when brown was a Porsche option but Hitler had called brown “a very German colour”. Remember, there was a time when builders installed avocado suites in bathrooms.

The wrong colour can compromise the value of a classic. At a concours at Bensburg near Cologne, I had to argue against The Best of Show being given to a Wanderer (a W25K, I think) that had not been so much fully restored as fully re-manufactured. And it was in a wholly inappropriate light metallic blue. I lost that one. Then at a Louis Vuitton concours at London’s Hurlingham Club, I won the day by insisting that a completely unrestored Alfa Romeo 6C 1750 should win. It was in a gorgeous, faded, matt red, the colour of a Montepulciano stain on a white tablecloth.

In 1979, a psychiatrist at the Naval Correctional Facility in Seattle mixed a pint of semi-gloss red with a gallon white latex paint and the resulting Baker-Miller Pink was found to pacify angry inmates. This reminds me to say that one other thing is certain about cars and colour: with the exception of Aretha Franklin’s Cadillac, no one has ever wanted a pink car. Sacré bleu! 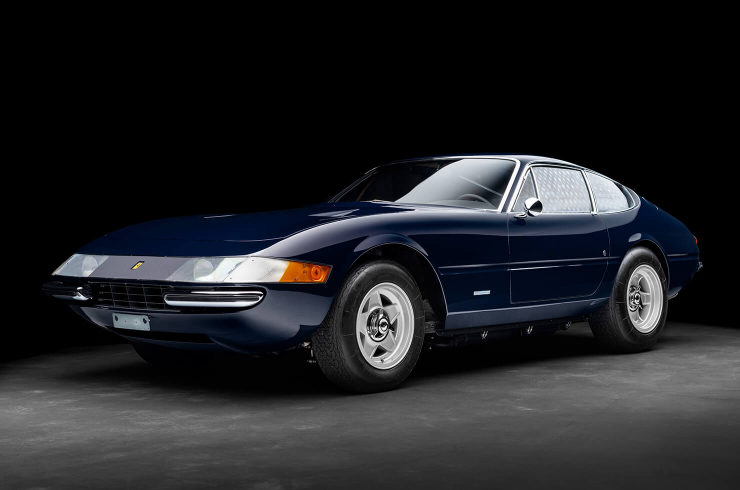 “My wife doesn’t like Van Gogh’s sunflowers in yellow and has been known to say, ‘Why don’t you paint them blue to match the wallpaper?’

“But to be serious, why – if a car has been one colour all its life – would you paint it a different colour now? The original is the way it was ordered new, and you can’t simply ‘restore it back’ to its original colour once it’s been repainted a different shade. The as-delivered originality is lost forever.

“And today, it’s originality that people want – not a modern restoration, not like 20 years ago when every Ferrari had to be red or yellow.

“Take a car like a Ferrari 275 GTB with an aluminium body and just 40,000km, its original paint all chipped and crazed, never touched, and with a totally original interior… that’s perfection.”

A must-visit, details of the incredible Louwman Museum here: louwmanmuseum.nl