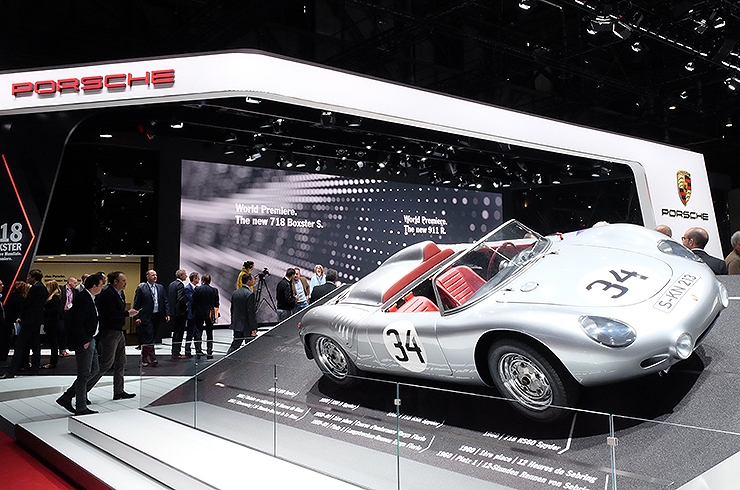 Motor shows in Geneva have much to live up to. As the venue of choice for manufacturers eager to catch both the pens of the press and the wallets of the well-heeled, some sensational cars have debuted there.

In 1966, the world gazed open-mouthed at the Lamborghini Miura, only five years on from the show where Jaguar had astounded onlookers with its svelte and sexy E-type. Today, both are darlings of the worldwide classic car market.

So, which cars won our plaudits and prizes, and was there anything about which collectors will one day ruefully say, “I wish I’d bought one in 2016…”? 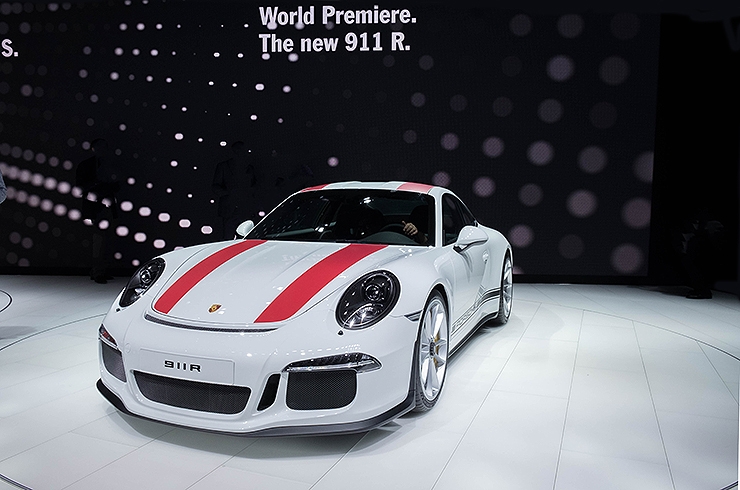 Ironically, the ‘car we’d most like to drive home in’ was a blast from the past: Porsche’s reworking of its latest (991) 911 as a ‘911 R’. The original from the mid-1960s was a pure racing car with an engine from the 906. Its 21st Century relation carries a 493bhp motor from the GT3 RS, mated to a six-speed manual gearbox and all set into a lightened body and chassis. Clearly taking a leaf from Singer and Ruf – on whose stand a Porsche family member was seen taking a close interest in its 2016 offerings – the company has mixed ‘retro’ (the delicious interior of hound’s tooth cloth and brown leather) with unadulterated high performance.

And, we would have added, “at a price”. However, even at ca. £140k in the UK, Porsche could well have charged another 50 per cent and still sold all 991 cars it will build many times over. The queues formed outside dealerships as soon as it was announced; now that it has been seen in the metal, demand has gone off the scale.

‘Speculator special’ or ‘future classic’?  Short-term premiums, absolutely. Long-term, we’ll see – how about buying one and actually enjoying it? It’s only an idea… 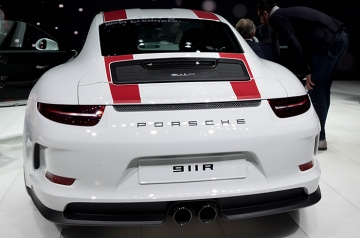 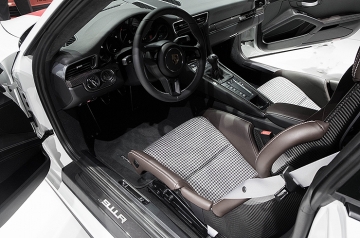 Another manufacturer ticking the heritage box was Abarth, this time with a far more affordable car in the shape of a fun, 170bhp version of the new Fiat 124 Spider. There was also a rally version in a retro colour scheme toting 300bhp.

Ferrari pulled an old trick by mixing and matching a couple of names from the past for its facelifted FF. The new car is now a ‘GTC4Lusso’. Over at Lamborghini – quelle surprise! – there was a limited-edition hypercar that either raised the bar or plunged new depths in taste, depending on your viewpoint. The market’s appetite for recent ‘investor grade’ cars direct from the showroom will be tested when a 759bhp Centenario comes to the saleroom, as it inevitably will. 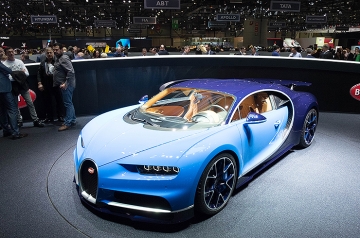 New Chiron from Bugatti. Faster and certainly sharper (on the wallet, at least) than the outgoing Veyron 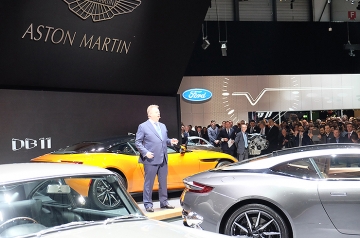 Aston's CEO Andy Palmer addresses a throng of marque enthusiasts. Should that be a 'Bond' of 007 fans?

Truly significant new car launches were made by Aston Martin and Bugatti, although both were heavily re-worked variations on successful existing models. Will anyone beat the Bugatti Chiron’s 1479bhp and 261mph? Or its price tag of €2.4m… Certainly not Aston Martin, although the new DB11’s 600bhp brings it up to parity with the equivalent Bentley and no one would argue that it’s not an attractive car (even if the inevitable ‘007’ DB5 on the stand looked slightly out of place). Either would get The Man in the Street’s vote for ‘Best of Show’. How the new Chiron will affect Veyron values, we’ll soon learn – at least the staggering price tag will make the car that packs ‘only 1001bhp’ look something like good value. 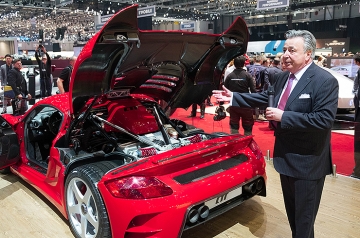 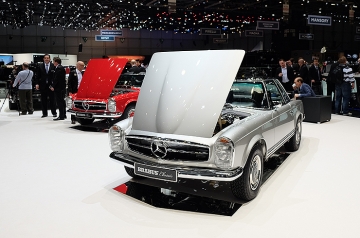 Line-up of 'Pagodas' on the Brabus stand. Virtually 'new' car sells for €269k plus tax

Elsewhere in Geneva, Bentley considerately hid its behemoth Bentayga from view, while Alois Ruf showed that it really is possible to improve upon an already well-engineered car from one of the world’s best manufacturers. As always at Geneva, it was in a minority of one…

That said, we were interested in the Brabus-restored Mercedes 280 SL ‘Pagodas’ – like new, and yours for €269k plus tax.

An interesting Geneva, and you will note that every single car we mention has strong links with the past, proving once again that even if they don’t make them like they used to, they certainly like us to think they do. 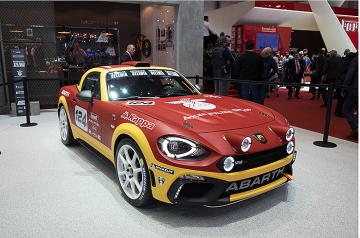 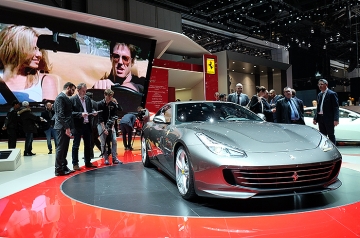 Return of classic naming for latest version of the Ferrari FF 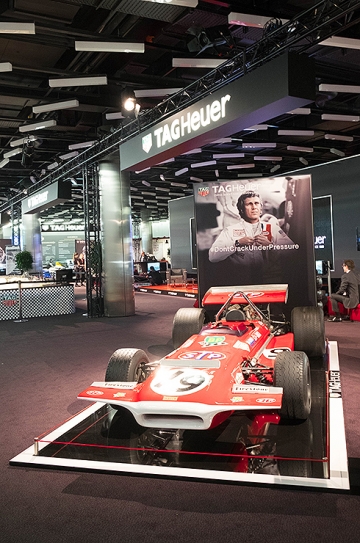 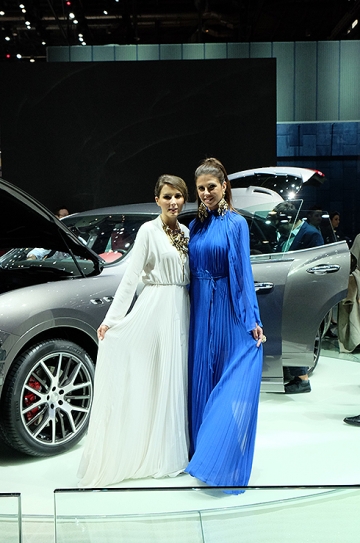 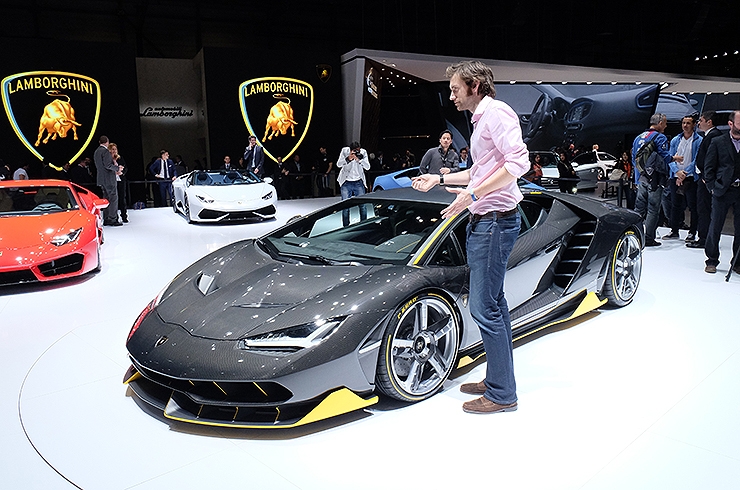 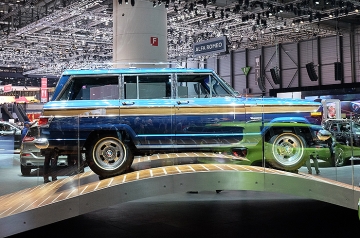 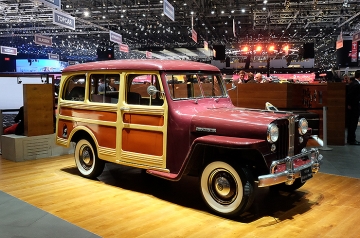 ... and Willys Jeep Station Wagon. Home on the Range 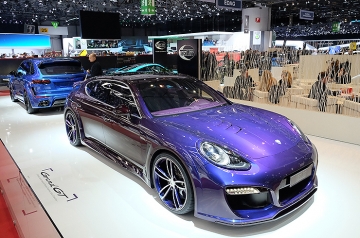 Geneva would not be Geneva without this sort of thing... 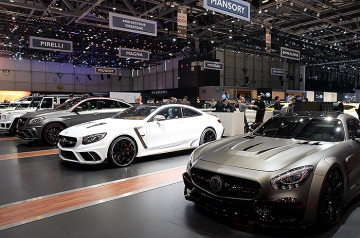 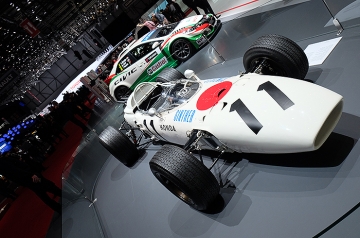 Straight from 'Grand Prix' - 'Izo Yamura' is just out of shot 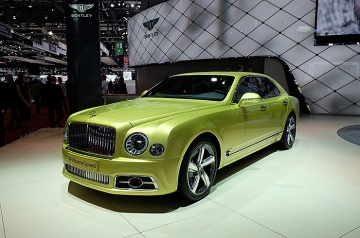