While the classic car market has taken a short break before the next tranche of online sales and ‘virtual Monterey Week’, activity continues on other fronts. Rare classic cars and collectable watches have many synergies – we take a look at Phillips’ recent Swiss sale.

The evening event took place at the Hôtel La Réserve in Geneva on 27-28 June. While a limited number of registered clients attended the auction in person, a far greater number participated online and on the telephone.

The catalogue was bolstered by the addition of watches from the personal collection of president of Louis Vuitton's watchmaking division and former head of Hublot, Jean-Claude Biver. It was his rare Patek (below) that was the top-selling lot. The one-of-13, pink-dialled, rose gold perpetual calendar chronograph ref. 1518 was consigned by only its second owner since 1948.

Look away now if you’re from a car market auction house: over half the catalogue beat top estimate and just 3% failed to meet lower guide price. As always, Rolex (38% by number) and Patek Philippe (27% by number) dominated the two-day sale.

When it came to percentage of the gross, the Big Two – the Porsche and Ferrari of the watch world – accounted for 81% of the final 30m CHF total, split 24% Rolex / 57% Patek. 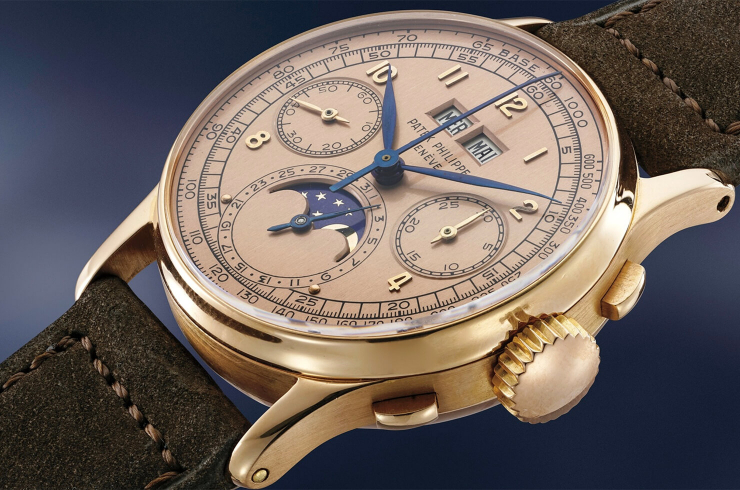 “It was a bold and commendable move to conduct a physical sale in today’s climate as most have been purely online, but the way they spaced the tables out for registered bidders worked well and showed that Phillips put their clients’ safety first. And the big plus, of course, was the highest number of internet bidders ever registered for one of their sales, and an expanded team manning the many telephones for clients all around the world.

“It was a strong sale; the prices were very solid – with some incredible outliers – and everything sold, which is always a fantastic feeling. You might wonder at £7,750 retail for a brand-new modern Rolex GMT watch that can be bought online, with a premium already on top, for £12,000 selling for £22,000 – maybe put that down to cabin fever of the lockdown.

“The results show that for the very rare, and great provenance, the watch market is extremely healthy. 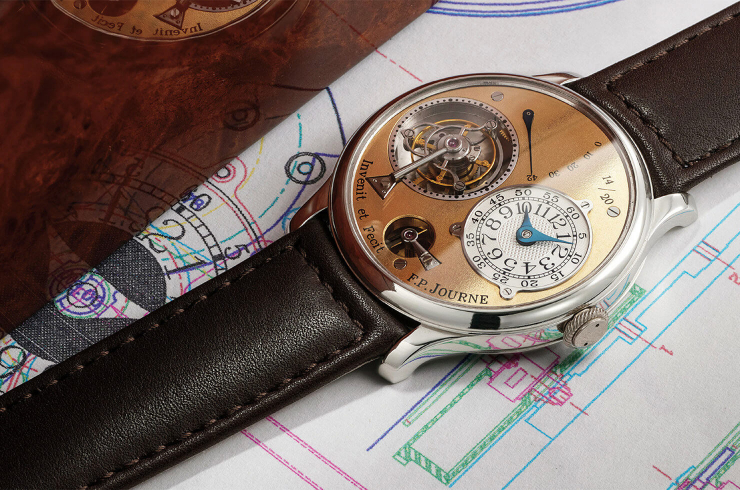 “A highlight for me was the 1999 F.P. Journe Tourbillon Souverain ‘Souscription’ in platinum selling for 1,400,000 CHF (above). It was estimated at 150,000 - 300,000 CHF.  Many of the Patek Philippe watches were very rare and sold very well; having time on people’s hands has made decision-making easier. They’re thinking, ‘I’ve wanted it for a long time, I’m going to go for it.’

“Condition is all at this level. Take the 1,040,000 CHF 1969 gold Rolex Daytona ‘Paul Newman’ 6241 ‘John Player Special’ (so called because of the gold sub-dials on the black face, pictured, top). It was in superlative condition; these watch dials often have got marked by past watchmakers and when found like this one, collectors prize its perfection. The 1951 gold Rolex 6062 Oyster Perpetual ‘Stelline’ moonphase can be a £400k watch if with a totally mint untouched dial, yet this one, although very charming, sold for 187,500 CHF (£160k) as a result of its aged dial.

“Antiquorum (which also held a sale on 28 June) was doing well, too. As we’ve seen with online classic car auctions, the more relaxed way of bidding online has reaped dividends. People are more focused; they want to move on and buy something they’ve always wanted and don’t necessarily need to view it – I’m really not surprised at the success of these sales.”