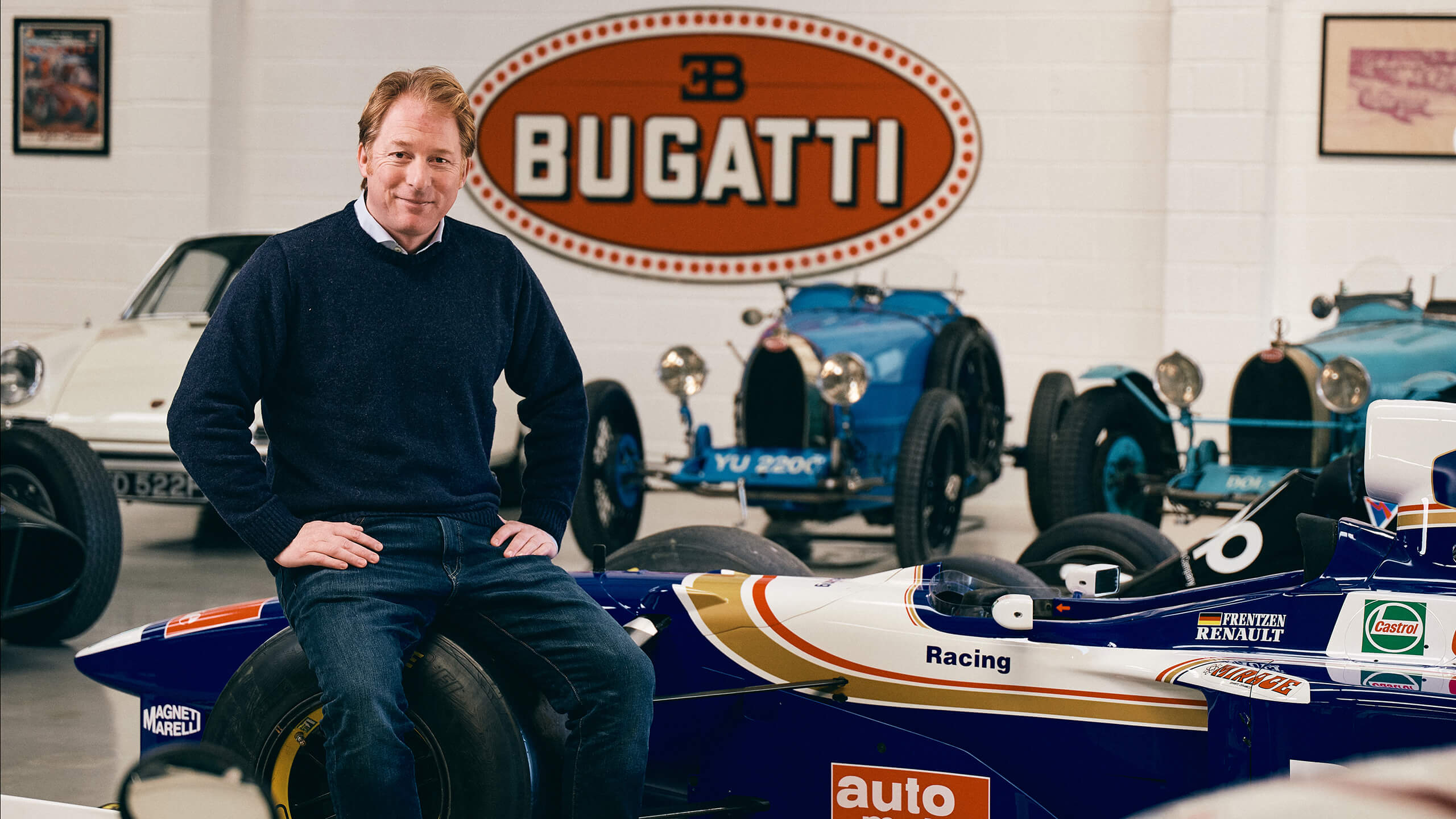 “To buy a competition car, you’ve got to have a passion for motorsport. You want to know the history of the car and, especially as you get into Grand Prix cars and sports cars of the mid-1950s onwards, they’re driven by the appeal for competition.”

Few people have a better understanding of the motorsport market than William I’Anson. Born into a motoring family – his father Richard set up Bugatti specialist Tula Engineering – he grew up around racing and his enthusiasm for it is shared by the team at his eponymous business: historics ace Ben Mitchell and rallying enthusiast Alec Griffiths.

“The cars we’re selling are going to people who want to use them,” he continues. “There’s an increasing number of great events for race cars, and more and more events where you can use them on the road as well – the Tour Auto, the Modena Cento Ore. You get road, hillclimb and track time.” 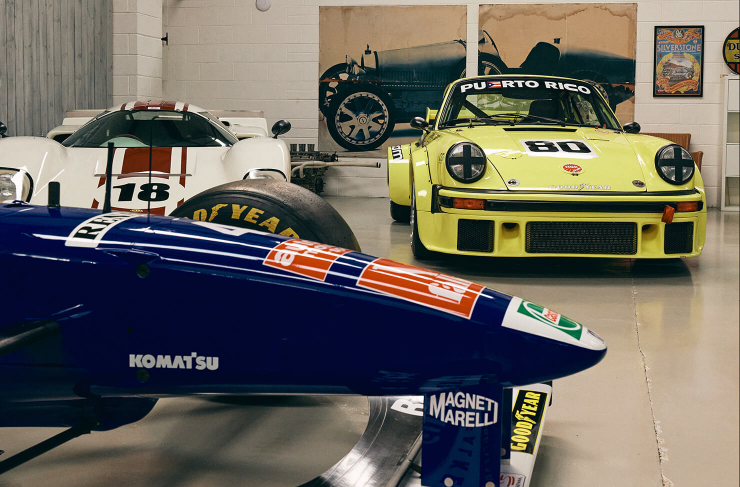 Given the ‘correction’ in values that's taken place across many parts of the road-car market over the past couple of years, how has the market for competition cars fared?

“I don’t think it moves in the same cycles. It’s been much more steady. A few years ago, when we saw Dinos and Daytonas sky-rocket, we saw race cars just carry on because guys buying them are using them. They’re racing them – they’re not buying them as a perceived investment. The cars have gone up steadily in value but they didn’t spike (or fall) like some of the road cars did.

“If you don’t need a Daytona or you don’t need a 275, you don’t have to rush. There’s no need to worry about it because there’s always another one. If you’re, say, 60 and you want to race a Formula 1 car at Monaco Historics and you’re thinking, ‘That’s every two years – how long am I going to keep doing that for?’, you want to get on.

“Some road cars, people buy them as an investment and put them in their garage. Bar the storage costs, it doesn’t really cost them. Buying a race car, while in itself an investment, the primary drive is to use the car and that carries its costs. It means that person is more committed to what they want to do.” 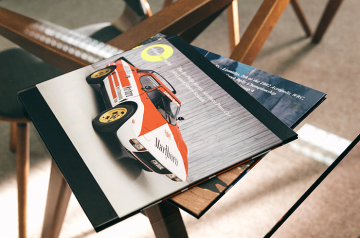 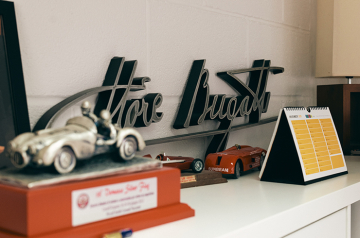 There’s currently a huge range of series in which to race, and the likes of Goodwood and the Le Mans Classic inevitably generate a following for eligible cars. But is a certain era or type of car particularly in demand at the moment?

“Some cars gain a bit more momentum at certain times, such as the modern GT stuff and LMP1 and LMP2 cars – the Masters Endurance Legends series is gaining some momentum. They’re special cars with great history and they’re manageable.

“You can run that sort of car now. When we were kids, nobody ran the more modern stuff. Once people start using them, for example, Williams Heritage pops up. Then there’s Ferrari Cliente, and McLaren are supporting clients. The ability to use the car becomes much more widespread and that makes a huge difference." 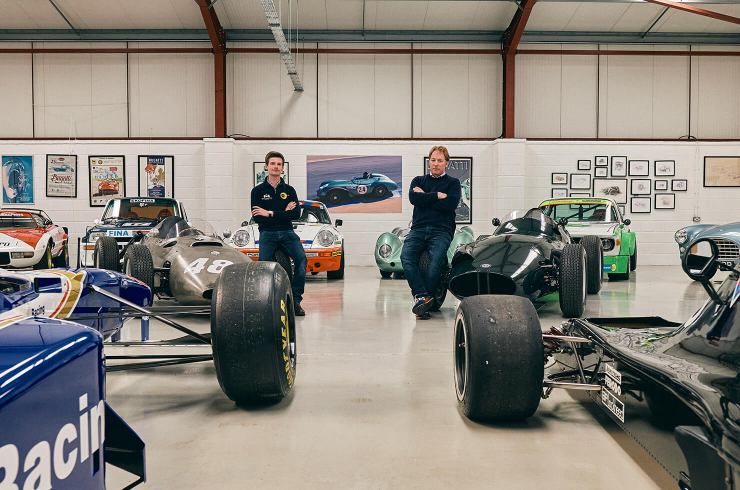 Growing up around Bugattis has given I’Anson a keen appreciation of the pre-War market.

“The use of pre-War cars has changed over the past 30 or 40 years,” he says. “In the 1980s, you went to Silverstone with the VSCC or for the Christie's Historic Festival and the ERA race was the big race. All the Type 35s were racing, all the ERAs, all the Monzas. That was the grid to be on.

“As values have gone up, some of the great early Grand Prix cars are not getting used as much. They’ve gone into collections. What people forget about pre-War cars is that they were designed to go on open roads – I drove a Type 51 Bugatti from Paris to Madrid on a three-day rally. The Type 37s, the Brescias – there’s an amazing number of events and hillclimbs for them.

“It’s down to usability. Alvis Speed 20s and Lagondas – they were almost lost while everyone focused on Bentleys. With all these endurance rallies now, those bigger-engined sports cars and saloons have suddenly taken off because they’re really usable.” 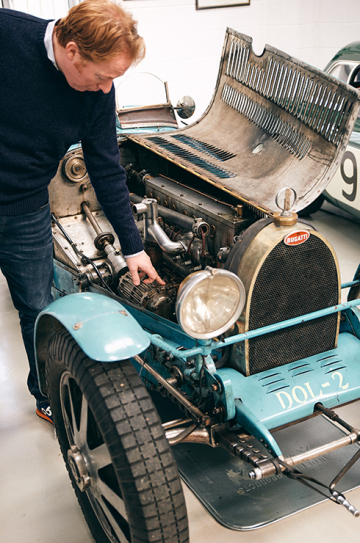 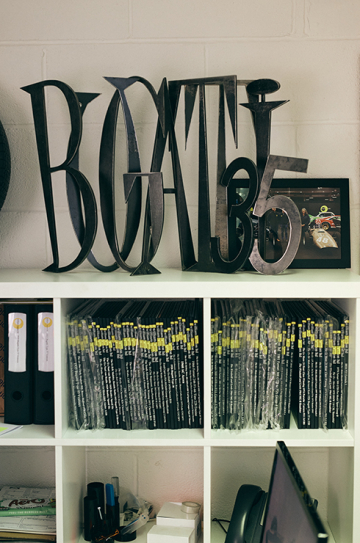 By their very nature, racing cars have been used hard during their life. Does that make originality an impossible dream?

“When we look at originality of cars, what we’re looking for as well is cleanliness of history, if that makes sense. You look for continuous history, so you know it’s gone from this person to that person. This person may have reskinned the front of the tub or done something else and carried on racing, and that’s fine. You want to know that it hasn’t disappeared off the radar.

“There’s a handful of cars that may have gone into a long-term collection at some point. Last year, we had the BRM P578 and that still had the original body and was immensely original because it had gone into a collection. It had seen very little racing since it competed in period. You do see cars like that and they carry a premium. With that there's  a certain amount of responsibility to keep them like that and use them more sparingly. That’s a whole other question…” 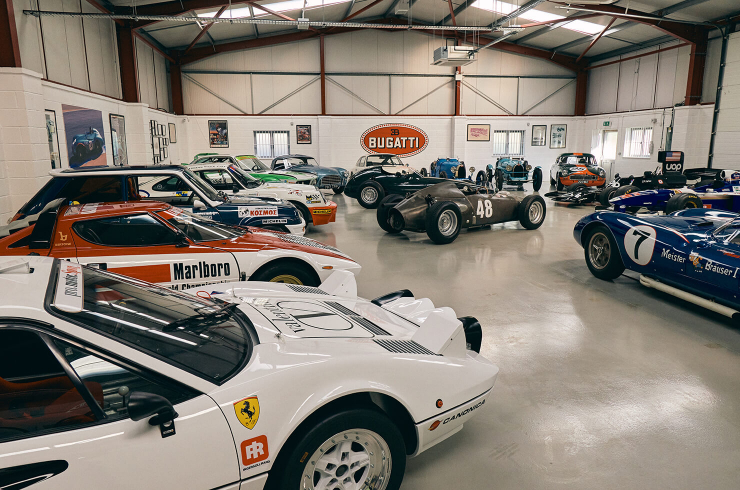 The experience that I’Anson and Mitchell have amassed while racing means they’re able to advise clients on the car that would be best suited to them, and talk authoritatively about what they’re like to drive. So what have been I’Anson’s personal highlights?

“I got to drive a DB3S at Laguna Seca. I was kindly allowed to park under Mr McCaw’s awning and Stirling Moss was driving his Lola Mk1. The owner and I had done 2,000 road miles in the Aston in the Colorado Grand and the Copper State, then to race it and come in and have Stirling say, ‘Lad – sit down, tell me about your race’… that was about as good as it gets.

“I’ve done a lot of miles rallying Bugattis and driven a Porsche 904 at Spa – that was up there, as was the Modena Cento Ore with a great friend of mine who’s got a Gp.4 Ferrari 308. A couple of years ago, we were second overall to a car that I’ve had a model of since I was a kid – the Pioneer 308.

“Why have we focused on race cars? It’s moments like that. We’re still school boys jumping up and down on the pit wall. We want cars that come in and we get all excited. You can’t fake or create that – you’ve either got it in you or you haven’t.”