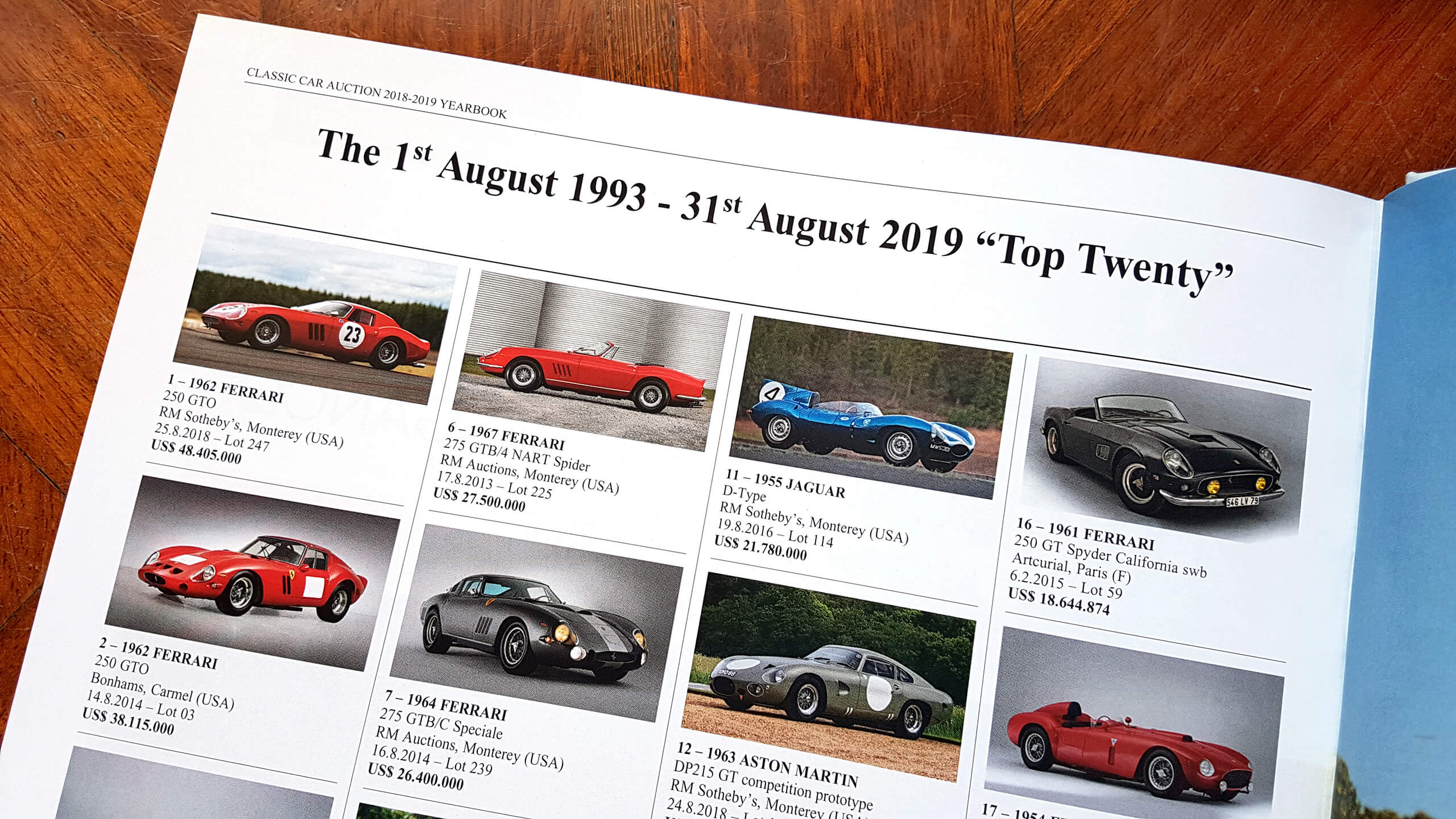 Nothing better encapsulates the changing face of the car-collecting scene than the book’s 26 years of Top Fives. 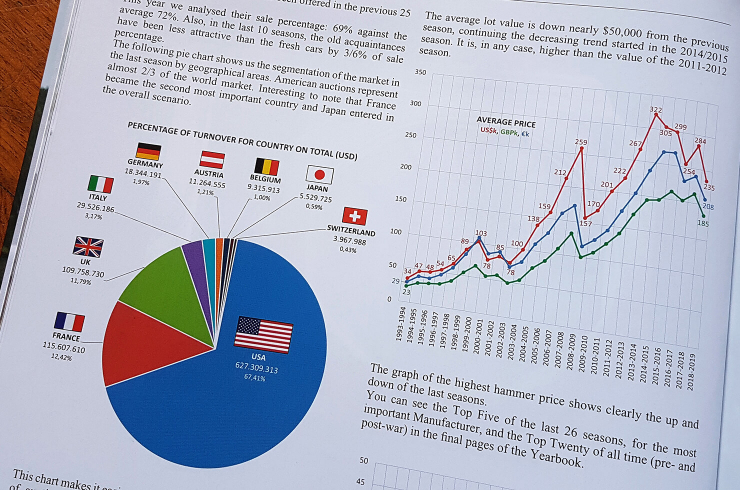 This is really where the book scores – the addition of individual results for recent DB7 V12 Vantages and 10-year-old Bentleys is of only passing interest today. Then again, when we have just been self-parked in our Uber electric hover cars some 20 years from now, this information might come into its own.

Want to know how many Ferraris were offered in 1993-1994, and the average sell-through by number percentage? Surprisingly, the book reveals the figures as 65 cars, of which a weedy 22% found new owners. Clearly, better stick to Duesies and Rois-de-Belges-bodied Rolls-Royce limousines, then…

As ever, the yearbook is an invaluable guide to past market performance and an excellent companion to a K500 subscription. Recommended. 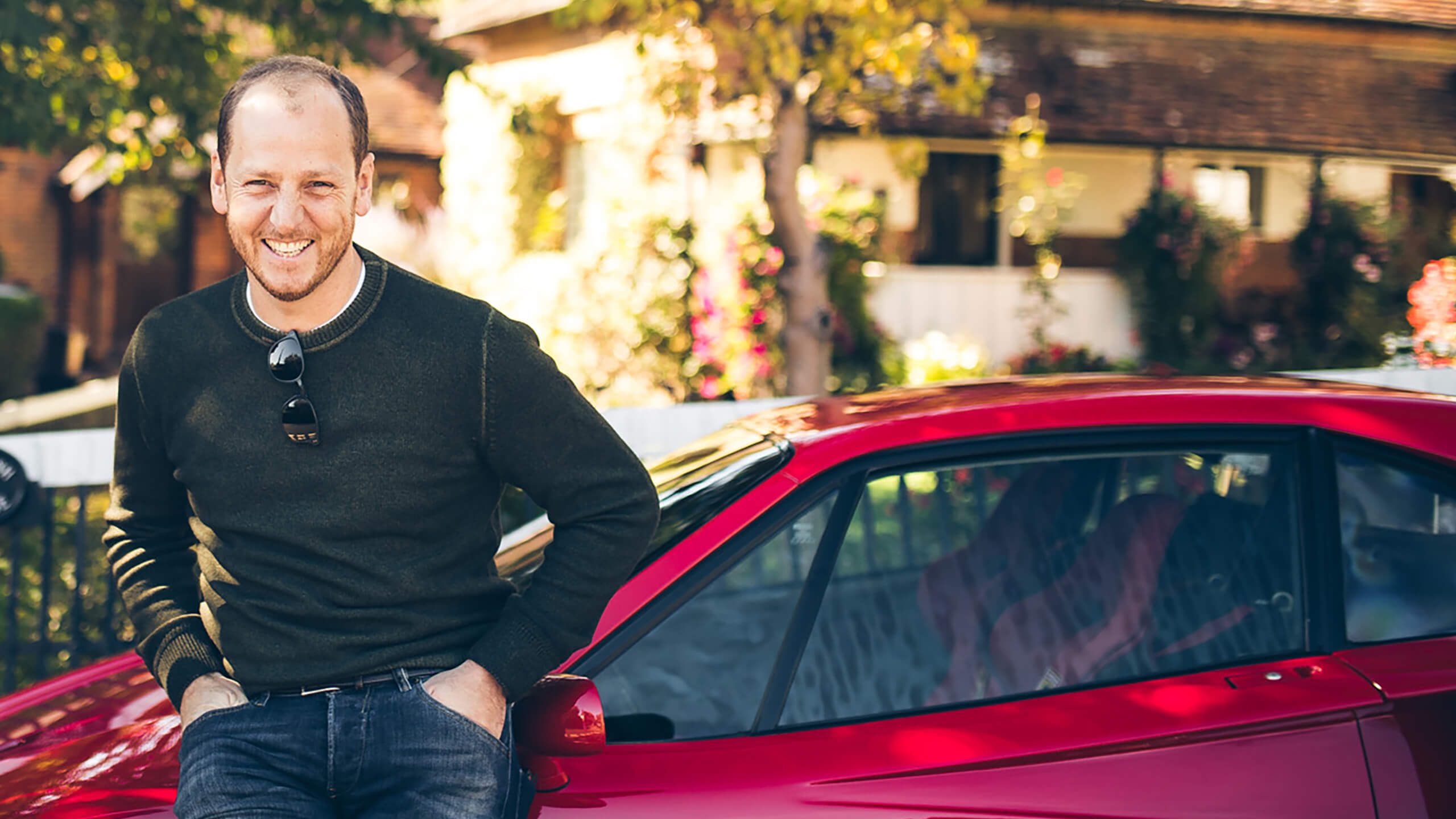