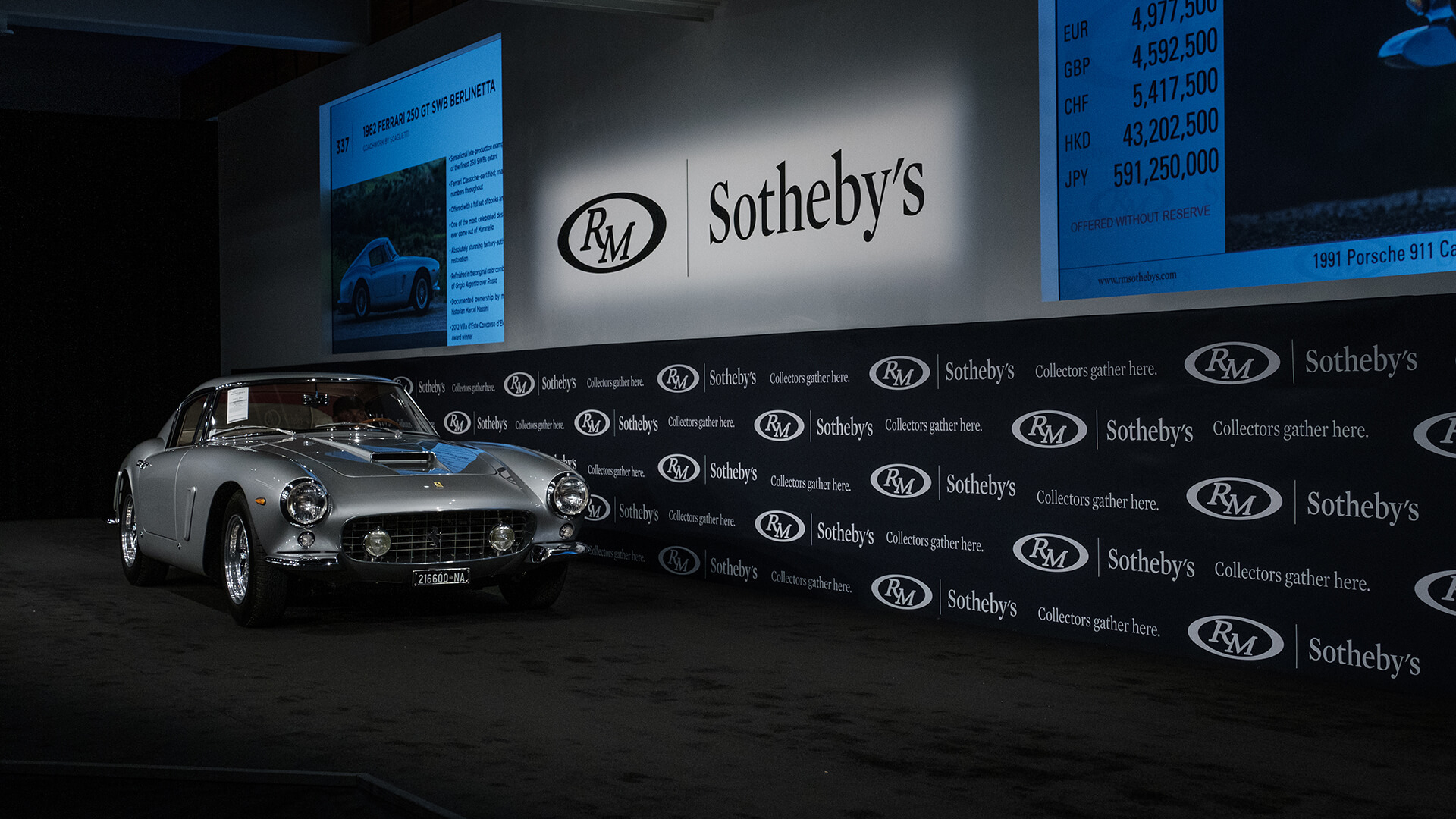 A workmanlike performance from the Canadians saw 56 out of 74 cars sold earlier this evening – expect the relentless RM machine to sell more over the next 24 hours. There was no happy ending for the early Porsche, though, as proceedings turned to farce. Neither it, nor the California Spider SWB, sold on the night.

Normally reliable auctioneer Maarten ten Holder conducted events at a frantic pace, inexplicably going off the rails when Lot 362, the 1939 Porsche Type 64, came onto the block. Over to an observer in the saleroom:

“For the star of the night, the much-hyped 40bhp ‘World’s Oldest Porsche’, the ‘RM Way’ proved slightly unconventional. The auctioneer opened the bidding at $30 million, jumping in $10 million increments to $40 million, $50 million and then $70 million, before reversing to $17 million.

“Cheering turned to jeering, the hammer went down quickly and the unsold car shuffled off stage. A Dutch auction?”

The busy saleroom had mostly come to be entertained rather than buy multi-million-dollar cars, so they certainly got their money’s worth this time.

At a glance, Saturday 17 August (provisional):

The stylish 250 GT SWB (pictured, top) generated much interest at No Reserve and sold in the room.

More analysis to come tomorrow, when the Canadians declare their final results.