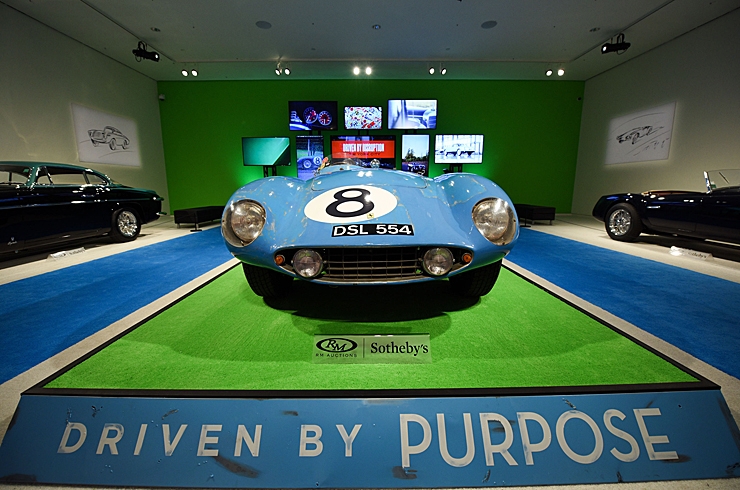 After the lacklustre collectors’ car sale held in NYC only three weeks ago, last night RM reminded others how it should be done. Results on the evening show a gross for the cars of $72.5m*, with 21 of the 31 entries finding new owners, a decent sell-through rate by number of 68%.

Simon compares the conduct of a top-level auction with that of a swan effortlessly gliding across a lake. All might seem calm and unhurried on the surface, but beneath the water lies some furious paddling.

New York is a great city built on trading and deal-making, and few work harder in the classic car business than the Ontario-based auction house to relentlessly close the gap between buyer and seller, matching both parties’ expectations in order to find common ground and get the job done. The industry term says it all: "grinding". 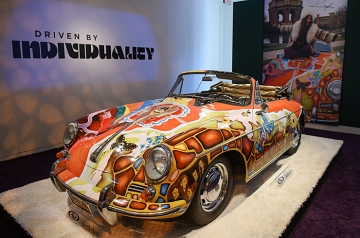 $1.76m - enough to buy more then one Mercedes-Benz 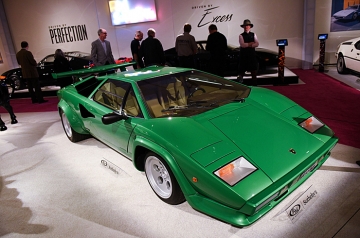 While 90% of cars failed to meet their mid-estimates, and 81% went below low estimate – perhaps the most telling statistics of the evening – the prices were actually good market average. RM Sotheby’s in general, and auctioneer Max Girardo in particular – “Perfect saleroom manner – the right man for the venue,” commented Simon – can be congratulated on another solid result.

For flair and imaginative presentation, particularly at a time when new buyers are entering the market, RM is currently the auction outfit to beat. This sale, with its ‘art installation’ theme, was no exception. 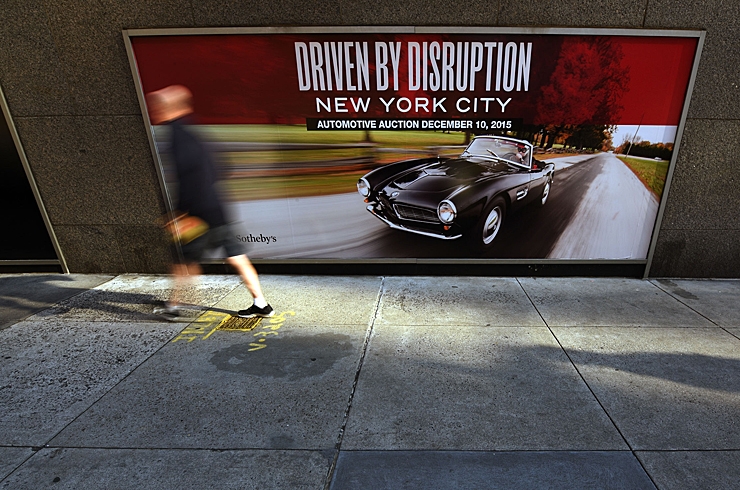 Simon's comment from the saleroom: “The pre-War cars were headed by the bold and futuristic Pierce-Arrow. It's refreshing to see a significant Art Deco car so prized, and NYC was the perfect backdrop. It’s the American equivalent of Mercedes’ 500K Autobahn Kurier.” It sold way over upper estimate, at $3,740,000 gross.

“The Bugatti Atalante has been seen a lot, carries a non-original body and failed to sell.  You couldn't miss the lilac Delage – Liberace would have loved it…”

The trade-entered BMW M1 was superbly preserved but simply too expensive. The 'Gullwing' was announced as "the most desirable 300 SL in the world" but its history has only recently been 'discovered’, it has a steel body and the owners of the 29 alloy cars may well disagree with that claim. Promoted earlier this year by a European dealer, it failed to sell. The quirky RS200 came from the same consignor as the M1 and was always going to be a tough sell. It will also be heading home. 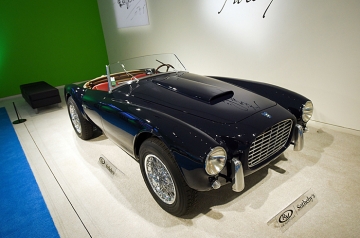 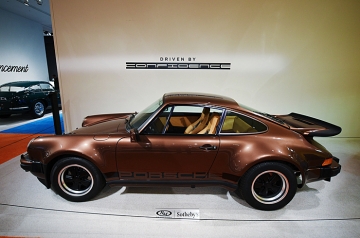 The auction was overwhelmingly dominated by the 1956 Ferrari 290 MM. Bidding started at $16m, quickly going up through $2m increments to slow at $23m. Four bidders were in contention: congratulations to phone bidder '6124' who carried the day for $25.5m hammer. It joins an impressive collection in the US. RM will breath a sigh of relief, as this was a car it had guaranteed.

The other big hitter, the 1962 Aston Martin Zagato, was hammered at $13m versus an optimistic estimate of $15m to $17m. Having changed hands already this year (the buyer struggled with RHD), last night it was snapped up by an American entrepreneur. 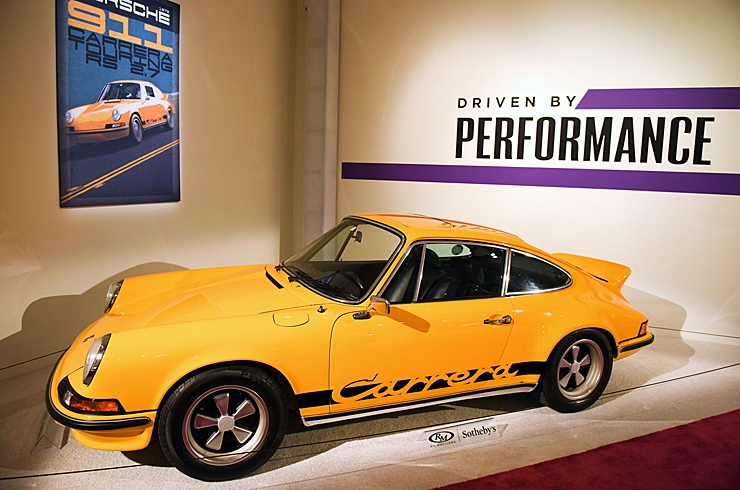 The modern Testarossa brought the word ‘bubble’ to many dealers’ lips. At one point it looked as if it would bomb, then against the maddest of estimates ($400k to $500k) it was hammered at $290k. That’s $319k with premium.

The Pegaso? “Spanish car, from a Spanish dealer, not to everyone's taste so a fair price. Salvador Dali would have loved it…”

Outside Fangio’s Mille Miglia Ferrari, the popular story was the hippy liveried, ex-Janice Joplin Porsche 356 C 1600  SC Cabriolet. Estimated at $400k to $600k, it produced the entertainment of the evening when finally sold for $1,760,000 with premium. It says nothing about the market for 356 C Cabs and everything about the power of popular culture. Few people know it was painted grey for much of its later life and only returned to its Joplin livery in the 1990s.

Despite "huge interest" in RM's Miura SV, it went for low estimate, $2.2m, or $2.42m gross, to an absentee bid by a European enthusiast. The "very well viewed" Enzo, a US spec car delivered new to the Middle East and later owned by a US boxer, made $3.3m. 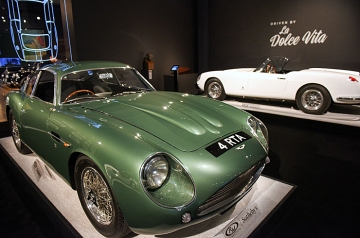 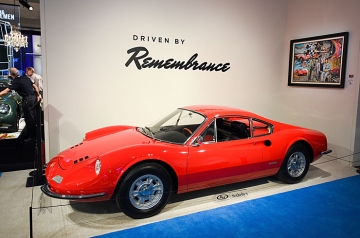 Overall conclusion? The ‘RM way’ worked again, but it’s not easy these days, and until vendors’ expectations are brought down to earth we'll see more auction cars sold at less than their estimates.

* Eagle-eyed K500 subscribers will have noted we quoted a figure of $77.4m in our news briefing on Friday. This was the total we recorded on the night, including the 1955 Ferrari 500 Mondial clearly hammered at $4,450,000 ($4.89m gross). RM's official results subsequently show it as not sold. 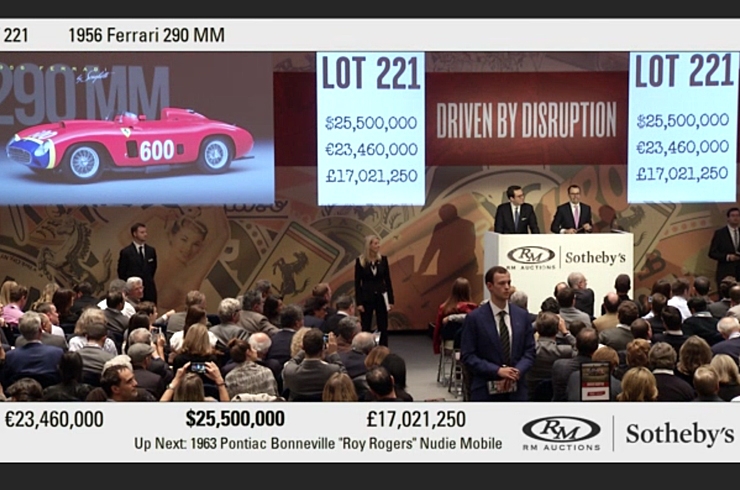 All prices include buyer's premium: