While Canadian giant RM conducted a 200-car auction in late May purely via the internet, British companies Bonhams and Silverstone held ‘virtual’ sales. In the latter cases, socially distanced pre-event viewing was combined with an auctioneer addressing his audience by camera; proceedings were completed not over the course of a week but for a few hours in real time.

The jury’s out on which is the way forward. You can read how normally super-successful RM fared elsewhere on K500. But, with 80 of the ca. 200 motor car lots unsold on Saturday, it wasn’t the classic car auction steamroller we’re used to.

Silverstone is best known for holding sales at the home of the British Grand Prix or as the auction partner of an event such as Race Retro – or teaming up with a one-make club. As a result, better-quality entries tend to be spread evenly over a year rather than saved for the Big One. Which put them at an advantage over Bonhams last week, the Bond St house still needing high-profile lots for its auctions at Goodwood and during Monterey Week.

Pre-sale viewing was conducted by appointment at a new under-the-radar location close to the company’s HQ at Leamington Spa. The 87-car catalogue was pretty strong and well estimated – as the results show, with 30% of entries beating top estimate and an 89% sold-by-number that other salerooms would die for.

On sale day, a mix of camera angles made for easier viewing at home; however, as with Bonhams, online bids, telephone bids and bidding via 3rd party platforms made for sometimes painfully slow progress. But it worked. Many cars shot through top estimate – the good-quality D-type replica for £390.5k all-in, the Mk 2 Jaguar for £93.5k incl. premium, the black Ferrari 308 GTS QV for £68.75k gross – and even some magic returned to the rubber-bumper Porsche market when a 1977 3.0 SC Targa (est. £55k to £65k) was hammered away at £67k, that’s £73.7k with Silverstone’s across-the-board 10% premium. 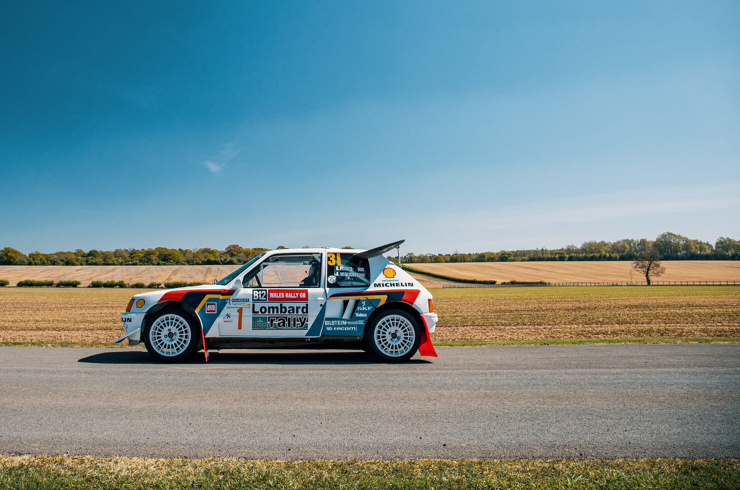 Top-selling car was the faux D-type, followed by the 1984 Peugeot T16 Group B rally car (pictured, above). Estimated at £260k to £290k, the hammer fell at £306k (£336.6k gross) on a machine of specialised appeal. That, the sale of the inevitable selection of interesting cars from singer Jay Kay and the faithful GT40 ‘homage’ by Terry Drury unsold at other venues going for £338k, resulted in a successful outcome for the Midlands-based house, perhaps finding a toehold in the online market others have missed.

This was a sale of two halves, reports Paul Hardiman. Though the auction was held behind closed doors and brought to our screens remotely by video feed, limited public viewing had been available at Bicester Heritage in the days before, all the cars outside to comply with lockdown rules that weren’t eased until after the weekend.

Bonhams MPH director Rob Hubbard kicked off with the older, Beaulieu-sale and MPH-type cars, which included quite a few unsold from Bicester in March. Bonhams Group co-chairman Malcolm Barber then took over to offer the more expensive ‘Bonhams-type’ lots, sounding a bit peeved that he was reduced to flogging a Honda Accord (£1,068) having once sold, he reminded us, a Ferrari 250 GTO. Some of the cars were surplus from the aborted Goodwood Members’ Meeting sale, plus there was a clutch of Aston Martins that would have appeared at the annual May AM auction if it had run. 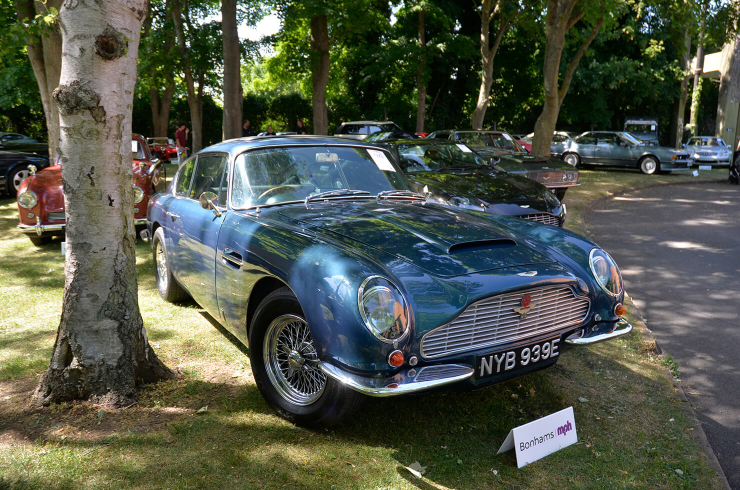 With only a single camera fixed on the rostrum, this was a less dynamic affair than Silverstone’s effort the previous weekend; the auctioneer looked lonely in front of the camera with no cutaways to divert us, just a split screen with a video feed of the lot occupying the rest. Hubbard did his best to keep the tone upbeat and the sell-through rate was very good for the first half with the notable exception of the Frazer Nash Boulogne that stalled at £110k. Highlights were the just-restored Escort Mk2 RS2000, unsold at the MPH auction in March, going way over estimate (and current retail value) at £48,937, and a restored lights-behind-grille Landie 80in at £39,375. The ex-Cornbury estate Bedford RL Green Goddess was sold at the second attempt, at a decent £14,625.

The pre-sale estimates were realistic, though probably need to drop further as many cars were hammered light, making this at times look like a No Reserve sale. Which is probably the way forward.