Born into incredible wealth – the family textile business that was later to own fashion houses Valentino and Hugo Boss, as well as found the Jolly Hotels chain – the four brothers were familiar names at the wheel of factory Ferrari sports cars in the early 1950s.

Paolo was probably the best driver (he even considered taking the sport up full-time), Umberto the least committed, while Giannino won the Mille Miglia twice, in 1950 and 1953. Vittorio won the Giro di Sicilia in 1951 and the Monaco Grand Prix (that year for sports cars) in 1952.

Although the brothers started off in Lancias, they soon switched to the best cars money could buy, becoming some of Enzo Ferrari’s very best clients. Enjoying wealth and talent in abundance, they were the perfect customers and not only did the brothers race cars from Scuderia Marzotto, they were more often than not full Scuderia Ferrari entries. 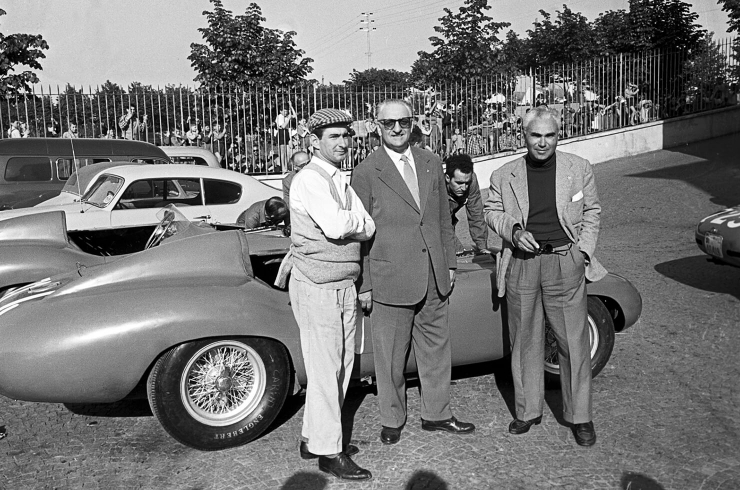 Paolo Marzotto’s first Mille Miglia was in 1948, sharing a Lancia Aprilia with brother Vittorio. The pair did not finish. The following year Paolo, with former flying ace and colleague at Marzotto SpA Marino Marini, was at the wheel of a Scuderia Marzotto Ferrari 166 MM, again without success. Only once from 1948 to 1955 did Paolo finish the great 1000-mile road-race. In 1951, again with Marini, he finished 4th in a Ferrari 166 MM.

Only ever driving in Europe and primarily in Italy, Paolo reached the zenith of his career at Le Mans in 1954 and 1955. As a factory Ferrari driver he was paired with Umberto Maglioli in a ferocious Ferrari 375 Plus but their race ended in gearbox failure at 11pm. They had been running in the top three. In 1955, he shared a fearsome Ferrari 121 LM with team leader Eugenio Castellotti who had set fastest time in practice. Only 90 minutes after the terrible accident that claimed 84 lives, the Ferrari’s six-cylinder engine failed with Paolo at the wheel. Seeing the carnage by the side of the track he made the decision to retire from the sport on the spot.

Paolo Marzotto was the last surviving brother, all of whom lived into old age, an amazing achievement given the times in which they drove.