The Californians returned to Hampton Court Palace today after a two-year hiatus. With talismanic auctioneer Charlie Ross once again at the helm, at least £22m was traded and over three-quarters of the catalogue sold.

The sale was held in conjunction with the popular Concours of Elegance. Nearly three hours of auction passed quickly with Ross on fine form – “Why not a nice round figure like ‘seven million’, madam? You’ll remember it in the morning” – and bids coming in over the telephones and from several high-rolling collectors in town for the big-ticket concours. Cars that generated no meaningful bids, such as the 1973 Porsche 911 Carrera 2.8 RSR, were quickly passed. 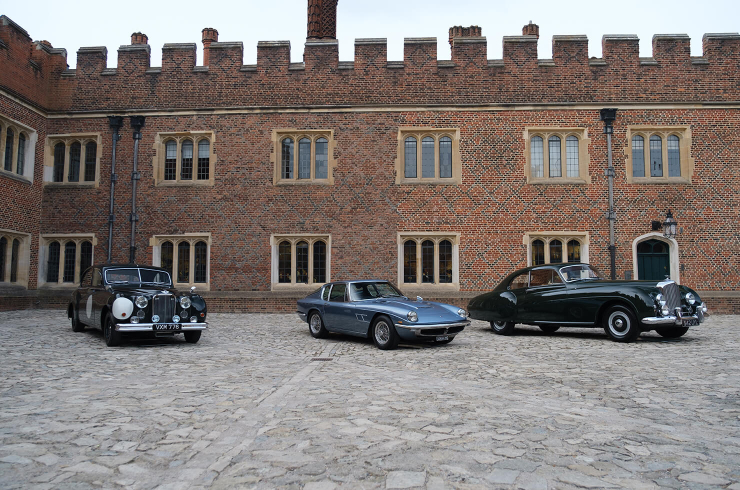 The star of the event was the yellow Comp’ SWB. It is one of a handful of cars renumbered in period by Ferrari, and today carries a non-matching, but correct, Comp/60 motor. Despite a fully documented history and sparkling restoration by Lanzante working with Ferrari Classiche, it sold at a discount compared with more straightforward examples. Starting it at £2m, Ross gradually worked bidders up to £6.9m – £7m clearly a step to far. That’s £7.76m with buyer’s premium, or around $US9.5m at today's strong dollar/sterling rate.

A word on buyer’s premium. Gooding levied a flat 12.5% across the board today, also including the two Ferrari engines that would normally be subject to ca. 25% fees. Other firms might take note, particularly in today’s super-low-cost online auction environment. 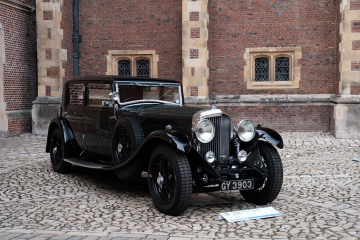 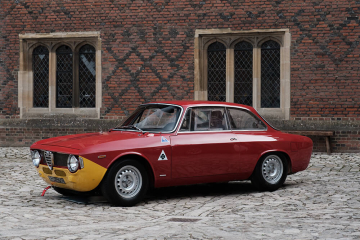 Non-sellers on the day included the expensive and oft-seen Aston Martin DB5 Convertible, 1952 Frazer Nash Le Mans Replica (tricky comp’ market best suited to a specialist) and 1959 Lancia Flaminia Sport Zagato. The latter had a non-matching engine, uprated sporty interior and generated the usual “Did it have covered headlamps from new?” debate. Lancia records from that period are virtually non-existent.

A significant section of the catalogue was taken up by the ‘Timeless Collection’ of Cricklewood Bentleys. Three out of four of the imposing, well-restored cars sold, topped by the £1,096,875 gross 1932 Eight Litre Sports Saloon (est. £900k to £1.2m, pictured above, left).

All in all, it was a fun, ‘curated’ if you must, catalogue presented in an entertaining way at a superb venue and the results speak for themselves. The relatively high (60%) percentage of entries failing to meet low estimate is a reflection on some punchy guides. After a buzzing Monterey Week, the question on everyone’s lips was, “Will this happen in Europe?” The naysayers were proved wrong earlier this afternoon – over to RM in St Moritz on 9 September and Bonhams the week after at the Goodwood Revival to prove if this is a worldwide trend or just a rare, non-North American market blip.