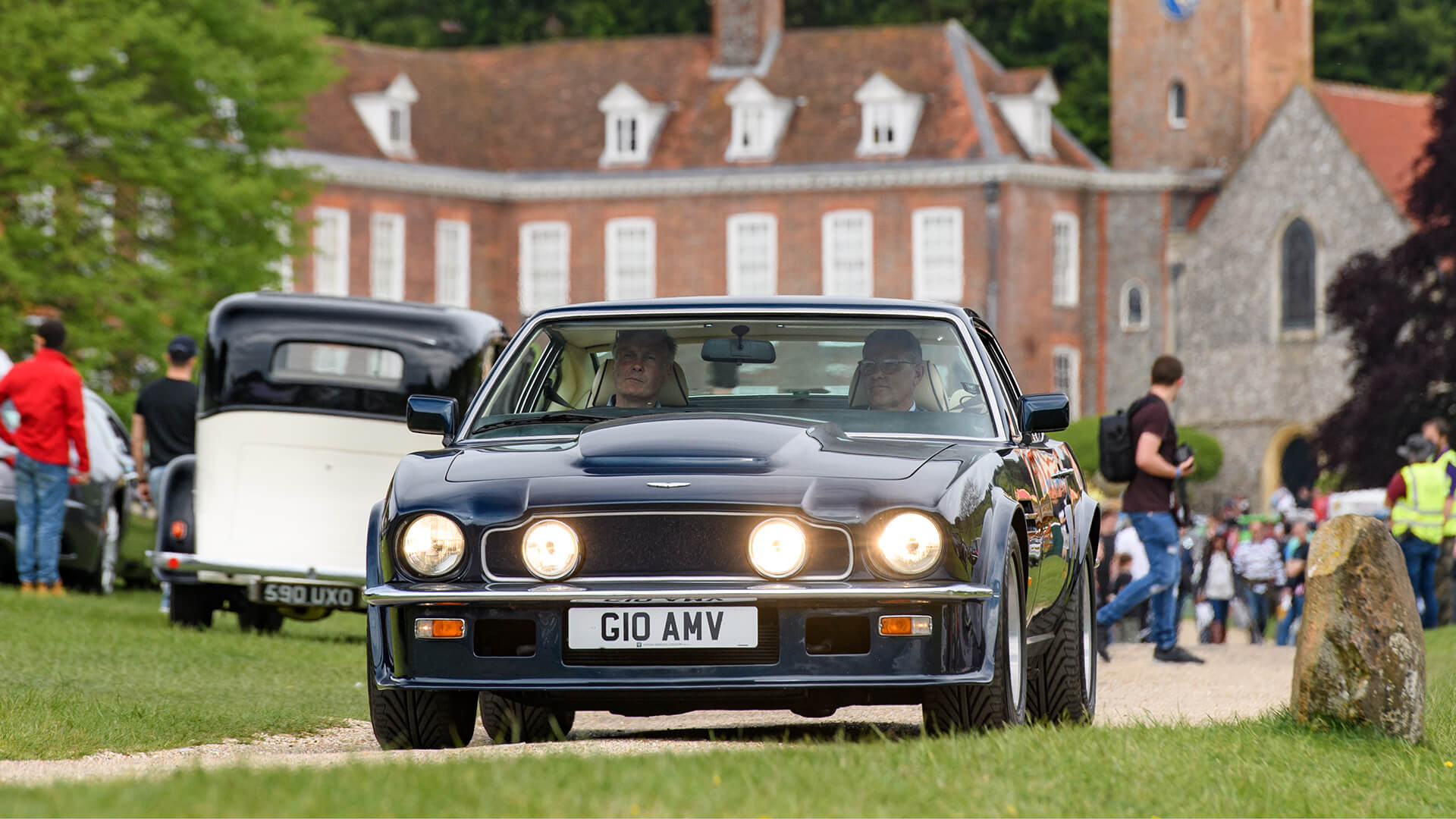 From a brace of pre-War Alfa Romeo 8Cs, to British thoroughbreds of the 50s, 60s and 70s plus Italian exotica old and new, the second-ever Supercar Sunday was another smash hit with visitors and car-owners alike.

While adhering to the maxim ‘if it’s not broke don’t fix it’, William Stonor and his events team had carefully refined last year’s format. Registered supercars of all ages were displayed in front of Stonor House, while visitors – owners of some impressive machinery, including Ross Brawn’s Bentley S1 Continental drophead coupé – parked inside the grounds of Stonor, just outside the house. The ‘all the fun of the fair’ atmosphere was boosted, literally, by fairground attractions such as a vintage helter-skelter. 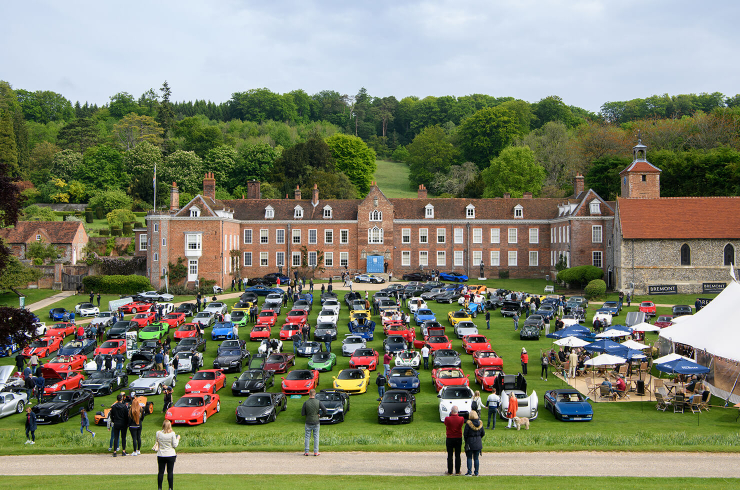 New-for-2019 was a race in front of the house for CHPT3 Edition Brompton bicycles, the CHPT3 Supercar Scramble. Riders first had to unpack their steeds from a fleet of supercars, assemble them with a flick of the wrist, then set off hell for leather over three laps of a circuit in front of the house. In scenes of much hilarity, Nick English (below, right) of event partner Bremont, the watchmaker, seemed to cross the finish line with a bottle of champagne in his hand… so let’s say he was the winner. 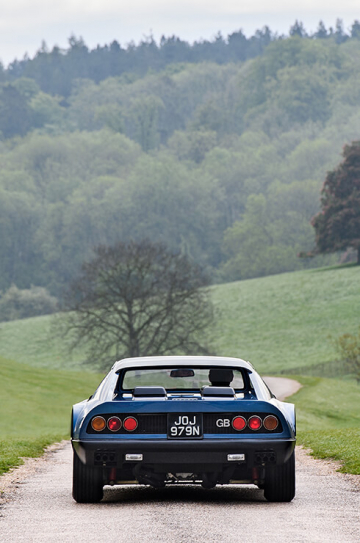 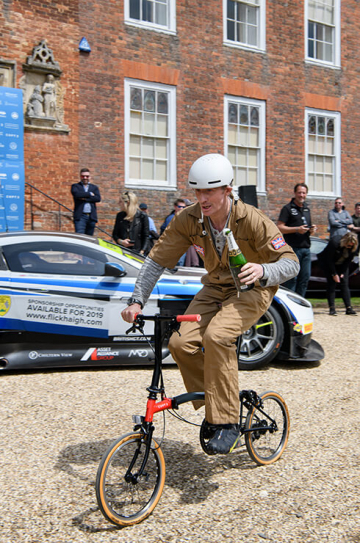 Making sense of all this and providing knowledgeable commentary throughout the day was LastBid’s Peter Wallman, the man at the mic, another innovation for 2019. 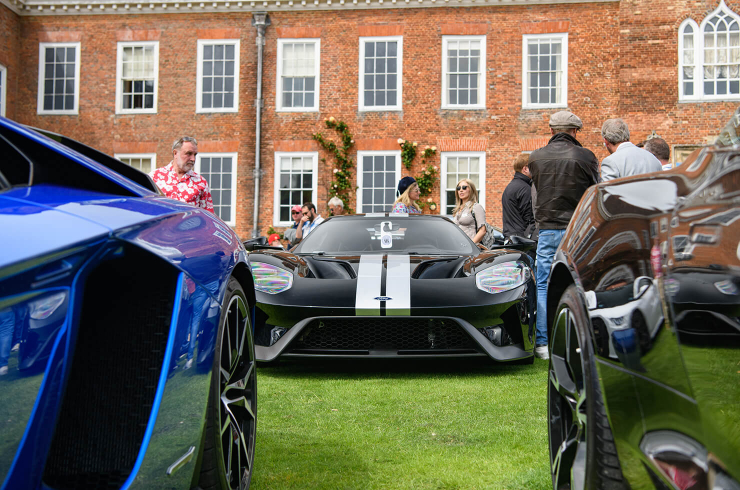 In the best British tradition, taking part is as good as winning, but the event does give awards in two categories. First in the Modern Supercar class was the sinister black 2018 Ford GT (above) of Jason Thiel. 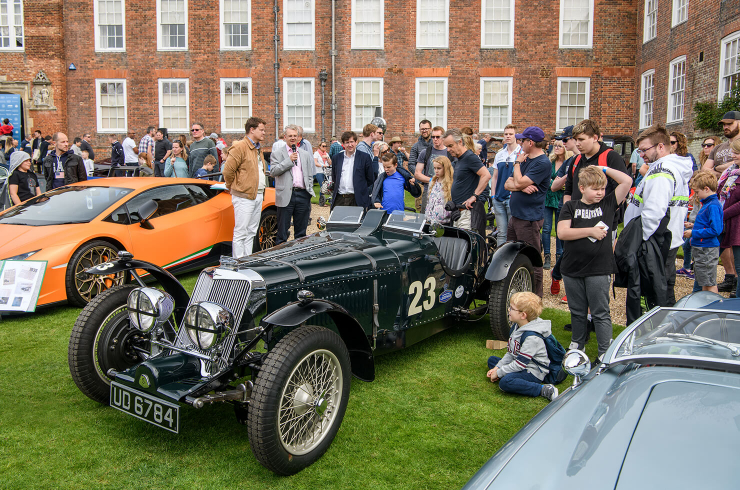 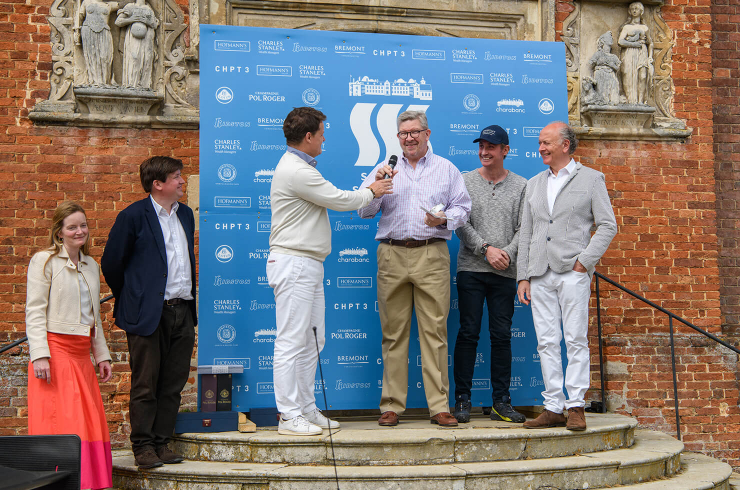 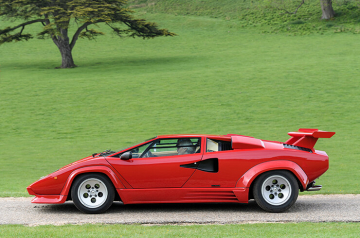 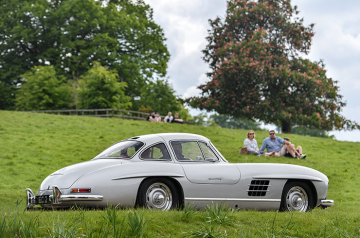 Dates for 2020 have yet to be confirmed, so keep an eye on the Stonor website. It’s an almost unique event, low-key yet professional, with a stunning backdrop, the right crowd, little crowding and an opportunity to make new friends. Recommended. 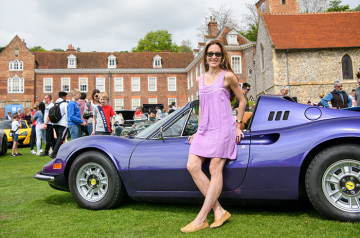 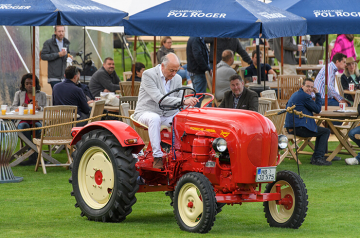 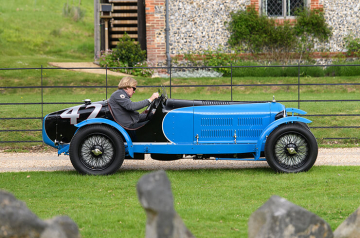 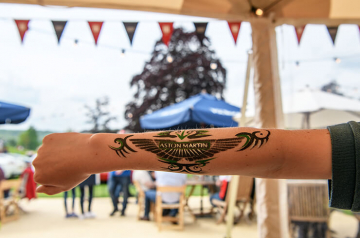 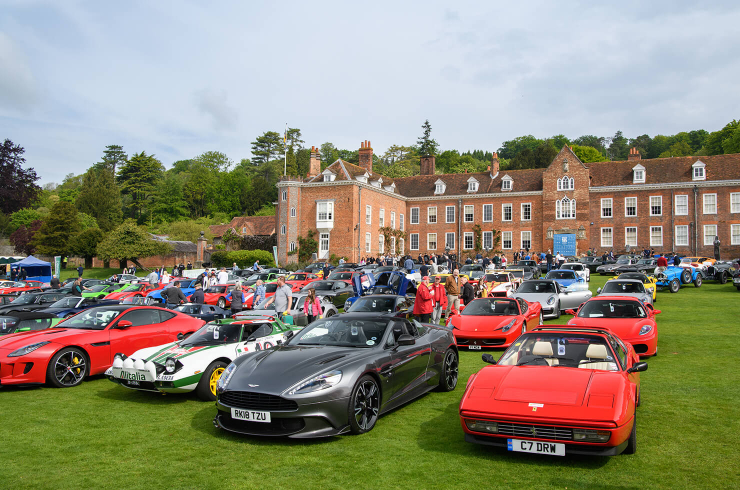 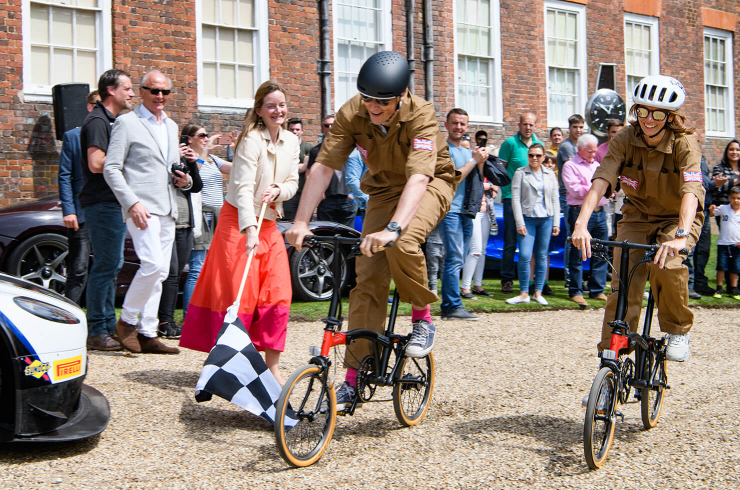