After a four-year gap due to Covid, the familiar trio of Maître Hervé Poulain, Matthieu Lamoure and Pierre Novikoff once again took to the rostrum at an auction held in conjunction with the popular Le Mans Classic.

Proceedings started with the Pierre Héron collection of French classics, grands routiers from the late 1930s and early post-War years (pictured, below). All required total restoration and most sold over upper estimate, the 1948 Delahaye 135 M Cabriolet 'El Glaoui’ by Figoni & Falaschi leading the way at €348,000 (est. €150k to €200k). 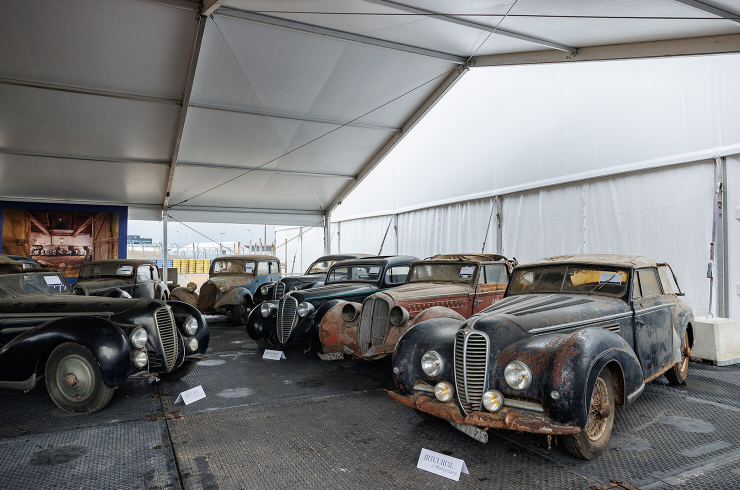 It was a well-attended sale that commenced late-morning and finished an hour or so after the racing on the track had started. Compared with 2018 and in line with other auctions this year, most metrics were improved upon and the 72% sell-through by number is the best for this event since the peak of the recent market in 2014.

Non-sellers on the day included the Porsche 935 (a specialised market), an expensive – €120k to €160k – red Ferrari 308 GTB Vetroresina and the 1965 Alfa Romeo Giulia Sprint 1600 GTA Stradale, another car best suited to a dedicated dealer’s showroom. The first cars from Artcurial’s recently announced tie-up with Renault generated interest in the tent, though only the No Reserve entries found new owners: the ex-Prost Turbo F1 car and the Tyrell 015 will return to the factory museum. 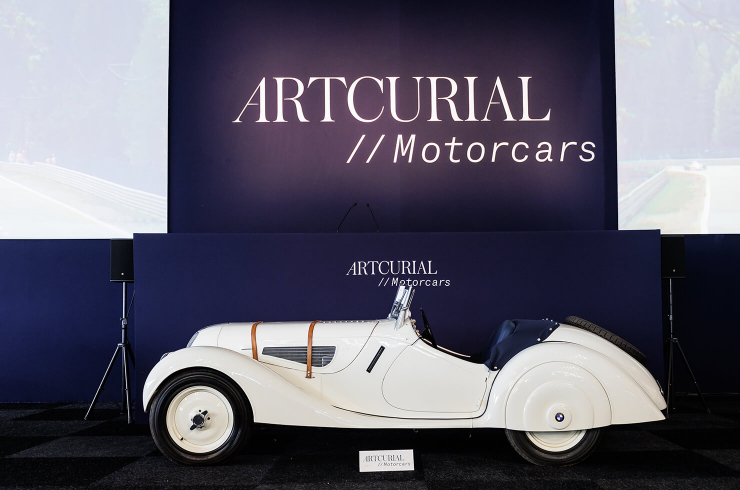 Bonhams sold a good Frazer-Nash BMW 328 for £636,600 last weekend. Artcurial’s example (above) was another RHD 328 for the UK market, one first delivered to well-known racing driver Earl Howe. It had been restored by BMW Classic in 2015, though lacked its original engine and gearbox. This, plus RHD, led to its no-sale, though described as sold on Artcurial's website on the day.

The Swiss title 1958 300 SL Roadster was a European car from new. Originally white with brown, now silver with red, it was a middle-of-the-road Roadster, and sold for a market-correct €997,600 with premium.

Elsewhere, the broad-ranging catalogue, certainly an improvement on the cars offered by Bonhams at the Goodwood Festival, did pretty well. With something for everyone it was a solid performance.