The world of motor racing and motoring journalism lost a towering – literally, he was 6ft 5in tall – figure when Tony Dron died last week. A world-class driver, good enough to be part of the works Porsche team at Le Mans, he was a peerless writer on all matters automotive. More than that, his broad range of interests outside cars and racetracks made him the most entertaining company; a man with whom you’d want to spend a long car journey, or set the world to rights over a pint in a country pub.

Tony was the quintessential all-round good bloke, who will be dearly missed by not only his immediate family but by the motoring community at large.

His early exposure to the stopwatch was when, aged 12, he bought an Austin 7, removed its body intending to make it a special and set up a trials course around the family garden. Most people could complete the track in half a minute. Tony’s best was 25 seconds. It was not a motor racing family, but Tony managed a trip to the German GP at the Nürburgring in 1965 with schoolfriend Bruce Johnson. The pair camped out at Hatzenbach, and all alone during practice Tony described watching Jim Clark go through the bends in the woods there as "magic", saying the car seemed to just glide through the turns. "His use of the steering and the throttle were electric... I thought, 'I have to do this.' It was the most fantastic thing I have ever seen."

After four lessons at the Brands Hatch racing school his instructor, veteran driver Tony Lanfranchi, convinced him that he really could be a professional driver. 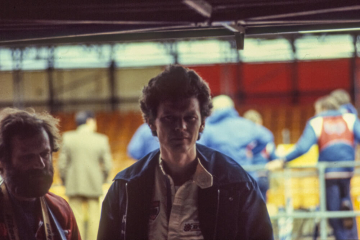 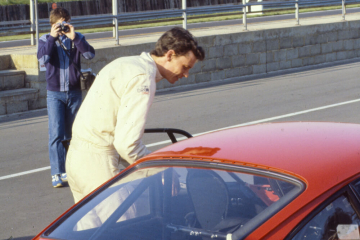 So Tony took up motor racing in 1968 when he purchased a Titan Mk 4 Formula Ford for £500 with money available to him when turned 21. He then went wheel to wheel with the Russell-Alexis of future World Champion James Hunt; Tony’s second race at Snetterton was Hunt’s first. The pair became firm friends, and in those cash-strapped days would sleep “in places like the press box at Snetterton to avoid paying B&B prices,” as Tony later recounted in Christopher Hilton’s book on Hunt. Both came from comfortable backgrounds, Hunt’s future was planned to be in medicine, Tony’s surveying, but each one had turned “their back on convention, avoiding a ‘sensible career’”.

“Everyone who went into Formula Ford was serious about aiming to be one thing, and that was World Champion. I recognised that James had the qualities to do it and I didn’t. I won’t go into why I didn’t, but let’s say my objective was driving very well and that’s what really turned me on,” Tony later stated.

Despite some fine drives, often besting Hunt and never beaten by a non-works Titan, when the money finally ran out he sold the Titan for £1,000. Tony had already met former GP driver Innes Ireland at the Steering Wheel Club in London before he started racing. When Ireland, then working for Autocar, took him out to lunch at The Anchor near Blackfriars, he asked for six race reports during Tony’s first season in Formula Ford, advising him to enter the 1968 Guild of Motoring Writers’ Sir William Lyons Award for aspiring writers. When he won, Tony’s future as a journalist was sealed. He still managed the occasional serious single-seater drive, though, including an ill-fated run six years later at the wheel of a March 763 powered by a tuned Triumph Dolomite engine. 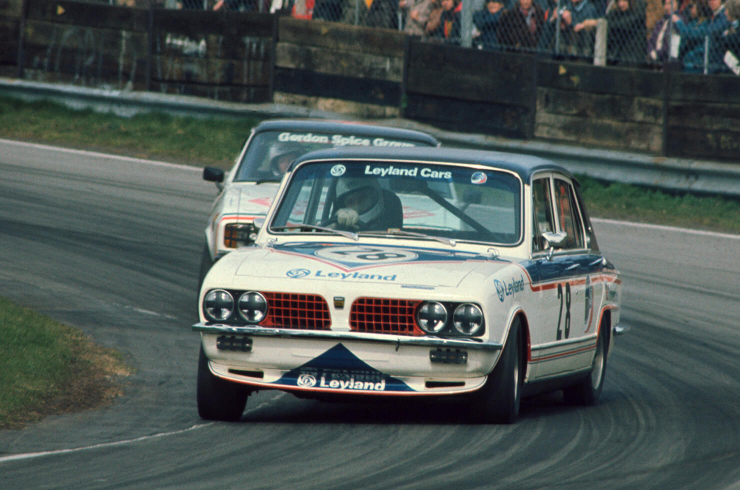 He is best known, however, for racing saloon and GT cars at factory or favoured privateer level. This first came about when, as road test writer for Motor, he was entered in the 1973 Ford Escort Mexico Championship. The following year he was asked by British Leyland to drive a Broadspeed-run Dolomite Sprint alongside Andy Rouse, a request that was well-timed as his planned professional drive in a Ford Capri had fallen through at the last minute. Tony was the perfect choice: as fast as anyone at the wheel, with the ability to write lucidly and creatively about his experiences and be at ease working with Rouse, who he’d known and raced against in Escorts and FF. In that first year Tony took part in the Tour of Britain, finished fifth overall at the Spa 24 Hours and third overall at the RAC Tourist Trophy driving solo behind two big-capacity Camaros.

His spell with Dolomite Sprints lasted on and off until 1977-1978 when he was number one at Broadspeed, during which time he won many races outright, chalking up countess class victories. Tony gave his employers maximum exposure in 1977 when he won the supporting race for the British GP outright, beating a cavalcade of 3.0-litre Capris. Two years later he was one of the leading drivers in the BMW County Championship, a dealer-supported series for identical BMW 323is. 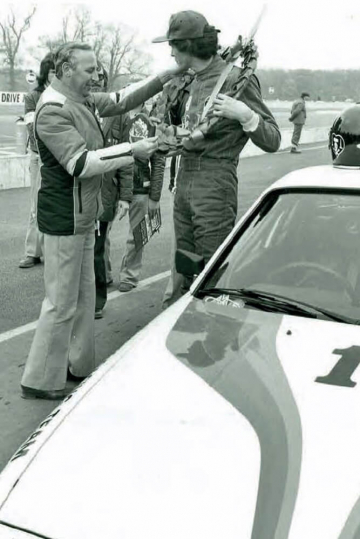 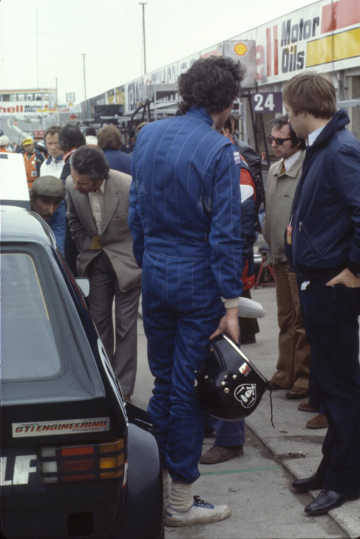 In those days his crash helmet (above, right) bore the macabre crest adopted by French WW1 flying ace (he was fascinated by the period) Charles Nungesser, a devil-may-care aviator known for his ill-discipline and love of the good things in life including fast cars. An early ‘Bentley Boy’ figure; another era that interested Tony.

Tony’s career racing Porsches started in 1978 when he won the one-make Porsche 924 Championship. So began a lifelong association with the marque, and in 1980 he was part of the three-car team of factory 924 Carrera GTPs at Le Mans. Paired with Rouse again, the ‘British car’ finished 12th overall, fifth in class. He also shared a Porsche 934 with owner Richard Cleare that year in the World Championship of Makes. A return to Le Mans in 1981 in Richard Lloyd’s Canon-sponsored 924 Carrera GTR Turbo came to nothing, though the superbly prepared car picked up the occasional place at other events including fifth overall at the Nürburgring 1,000km in 1982. That year, Tony teamed up with Cleare (and Richard Jones) in the 934 again at Le Mans, producing a brilliant 13th overall and first in Gp. IV. Tony’s final race at the French classic was the following year, when he shared Cleare’s Gp.C Kremer CK5-Porsche without success.

I remember Tony telling me that car’s cramped cabin caused his lanky frame breathing problems, a legacy of a lung infection caught on a trip to India when he was 19 that led to difficulties with his health throughout his life, and the chronic obstructive pulmonary disease (COPD) that so sadly ended it on 16 November 2021. 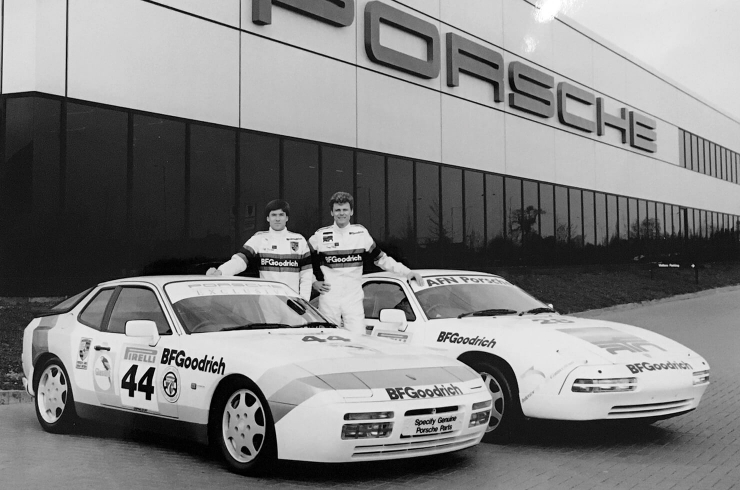 Now recognised as a Porsche specialist of great skill, Tony was retained as the main professional driver employed by the national distributors AFN throughout the 1980s. Sponsored at various times by Giroflex office furniture, Pirelli and BF Goodrich, the Porsche Club of Great Britain championship for production road cars was one of the UK’s leading series. Tony drove Giroflex owner Chester Wedgewood’s 2.7 Carrera RS to great effect, but it is his battles in a 928 S4 against teammate Tiff Needell in a 944 Turbo that were some of the stand-out races of the time. The bulky 928, with ABS, its chassis tuned by suspension guru and great friend Rhoddy Harvey-Bailey, was a handful but Tony gave it his best shot, playing to packed grandstands who’d cleared the bars in short order eager not to miss a minute: “Quick, the Porsche race is about to start!” 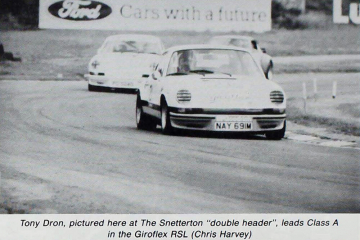 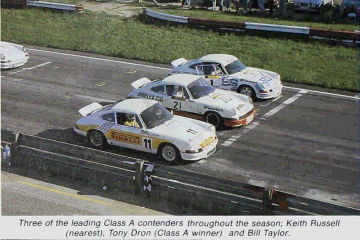 During that time, he returned to writing. In 1982 he was hired as features editor of Thoroughbred & Classic Cars, later becoming editor, a role he maintained for 11 years. He also became more involved in historic racing, driving the Allard-Cadillac JR Roadster for Syd Silverman in the US and, most famously, the Aston Martin DBR1, Ferrari Dino 246S and Ferrari 330 LMB run by Tim Samways’ Sporting & Historic Cars.

Of this stellar selection, Tony’s favourite was probably the Dino. He won the Sussex Trophy at the Goodwood Revival three times in the delicate machine, knowing its vices and virtues so well he could usually beat teammate Peter Hardman in the Le Mans-winning Aston or Win Percy driving a more powerful Jaguar D-type, but usually only after starting the race two or three places adrift. A look at the video of the 2003 event shows his skill and natural modesty – and of course he won again.

Away from the older cars, Tony – elected a Full Member of the BRDC in 1974 – acted as a mentor, driver coach and vastly experienced co-driver to others wishing to join that elite association. Other exploits included riding the Cresta with the St Moritz Toboggan Club, owning a narrow boat, rallying a giant Zephyr and sharing a Fiat on the 1975 Avon Tour of Britain with ‘Penthouse Pet’ Madeleine Le Mauviel. The latter turned out to be a fine co-driver, and after a photo of the two appeared on page 3 of the Daily Mirror, he received a call from Unipart saying they wanted to make him a star, what he did he want to drive in 1976? The result was the red-white-and-blue March 763 F3. 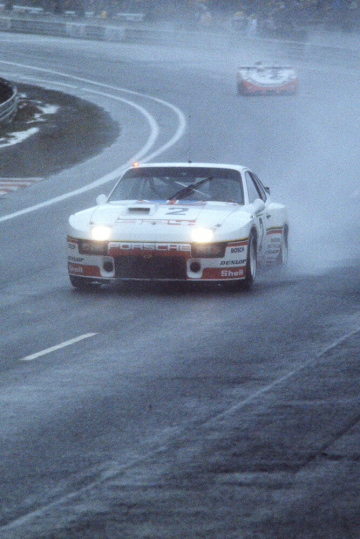 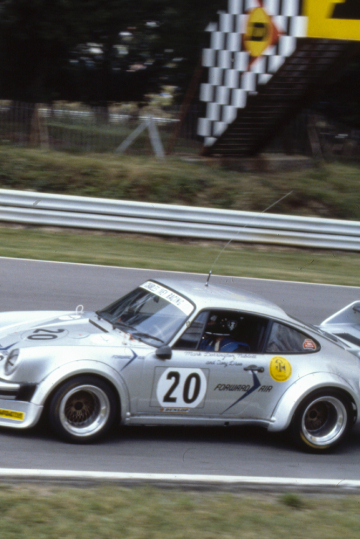 One of Tony’s many gifts was that he could write with pinpoint accuracy on the attitudes and values of the time – safety, tyre performance, track conditions, engine reliability and so on – as he knew many of the drivers of the 1950s, ’60s and ’70s. He tested famous front-engined single-seaters or Le Mans cars from the viewpoint of a professional driver, not an over-excited journalist. Tony, with Nick Mason, was one of the few non-GP drivers trusted well enough to demonstrate the pre-War Silver Arrows racers, usually wearing his brown Herbert Johnson helmet.

Like his great friend James Hunt, Tony savoured driving ordinary cars on the road. His daily drivers included a 2CV, Morris Minor Convertible and the Zephyr. In recent times, he liked nothing more than taking his Austin 7 to a pub meet. 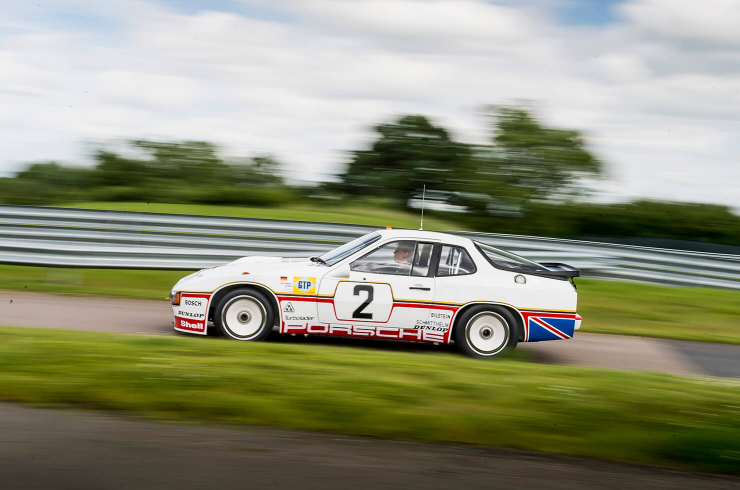 There are fine writers who can drive very well. But with Paul Frère, perhaps, there are but a few who truly excelled at both disciplines, and of these Tony had almost matchless knowledge of modern and historic cars, both on the circuit and the road. And his easy writing style, with meticulous attention to detail, was in another league. We are unlikely to see his kind again.

With thanks to Nick Perry of Porsche Cars GB for his kind assistance with period photographs, and Tony’s son Will Dron, who graciously helped out in a most difficult time.